One Sapling at a Time, This Man From Rajasthan Is Painting the Desert State Green

With concepts such as Familial Forestry and Budding, Shyam Sundar Jyani has not just brought back the biodiversity of the region but also uplifted the economic status of the people.

What is the first thought that comes to your mind when you think of Rajasthan?

Definitely, desert, heat and infinite stretches of dunes that go on for miles with no greenery in sight. One man is on a mission to change it for real.

With repeated observations of climate change occurring across the globe, such acts towards nature conservation is the need of the hour.

What started in 2003 as a collective effort to resuscitate few Neem trees in the campus of the college where he was teaching, later saw Shyam Sundar Jyani, an associate professor at Government Dungar College, Bikaner, and his students planting saplings across the state for 11 years.

Coming up with concepts such as Familial Forestry and Budding, Shyam has not just brought back the biodiversity of the region but also uplifted the economic status of the people. 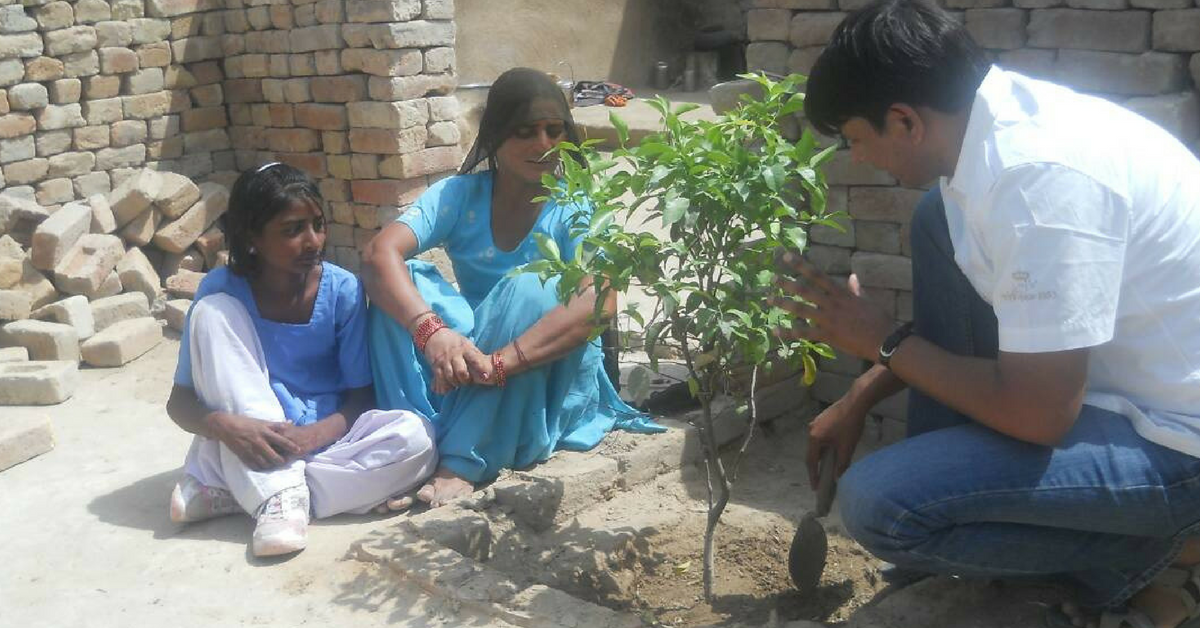 Familial Forestry was a concept formulated by Shyam in 2006 where villagers are urged to plant fruit trees within their compounds and treat them as their own family member. Why fruit trees? This way, the villagers not only contribute towards the betterment of biodiversity, they also make use of the fruits in their diet.

“During a camp visit near a village called Himmtasar, we found that with an exception of 8 to 10 trees, the entire region had no trees,” Shyam says.

You may also like: An entire drought-stricken Kerala town now has water thanks to one kind-hearted man

Convincing the village folks about the advantages of having trees for not just shade, but food and fodder, did not take time. In fact, the villagers actively participated in the plantation drive that has literally created a mass movement in western Rajasthan. Till date, over 6,25,000 saplings have been planted across 15 to 20 Gram Panchayats in over 2,500 villages in the arid, drought-prone regions of the state.

One of the highlights of the movement is the act of selflessness that adheres with the cause. So far, Shyam has bought saplings and provided irrigation tankers on his own time and expense.

“Though the government has recognised our efforts, so far all the funding that goes behind the drives comes at my own expense. I take my time off during the vacation breaks at the college and go across the state where more people can be made aware about the necessity of environment conservation,” he adds. 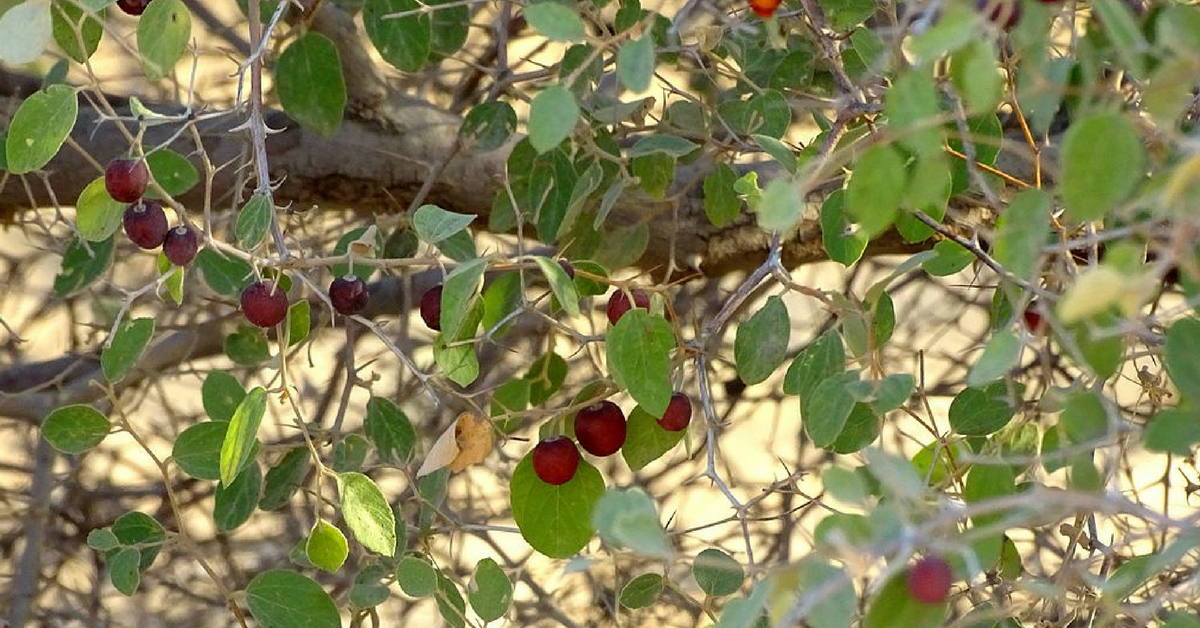 The concept of budding was conceived upon a previously abandoned experiment by the Indian Council of Agricultural Research (ICAR), wherein bushes of Zizyphus nummularia, more commonly known as Ber in north India, were grafted using epidermal tissues to a new root-stock to increase fruit yield.

Being very nutritious, the act was revolutionary for the trees hardly required irrigation other than rainwater. Despite being warned repeatedly of failure, Shyam and his students persisted and ended up convincing the officials of ICAR with their idea of budding using different varieties of Ber, and their efforts bore fruit. The experiment has also been successfully implemented on other arid zone trees like Lasuda and Khejri. 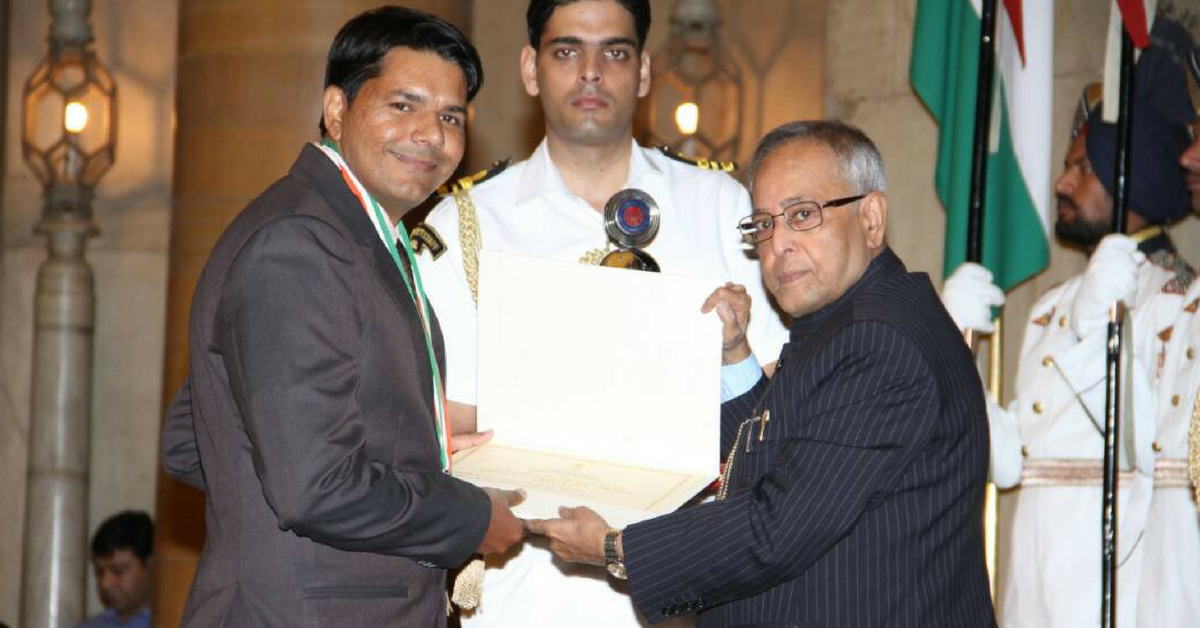 Shyam receiving the award from the President of India Pranab Mukherjee.

Owing to his exemplary services towards nature conservation, Shyam was awarded by the President of India Pranab Mukherjee in 2012. Despite the recognition on the national front, Shyam feels that much is left to be done. With hopes of developing familial forestry labs with government support and funding in schools and Panchayats in Bikaner district, he wishes that more villages become aware of the need for nature conservation and its benefits in the longer run.

You may also like: How the humble millet is helping farmers fight drought & citizens get healthy

“We ask villagers to not throw away the seeds after eating fruits. All that it takes is a little care and you have a family member for life who will remain by your side through thick and thin,” he says.

With such selfless acts towards saving one’s environment, Shyam’s initiative is a lesson for each one of us. Planting a sapling in one’s own backyard might not seem like much, but if each one of us comes together, our collective actions could actually help save our planet from the perils of climate change and global warming.