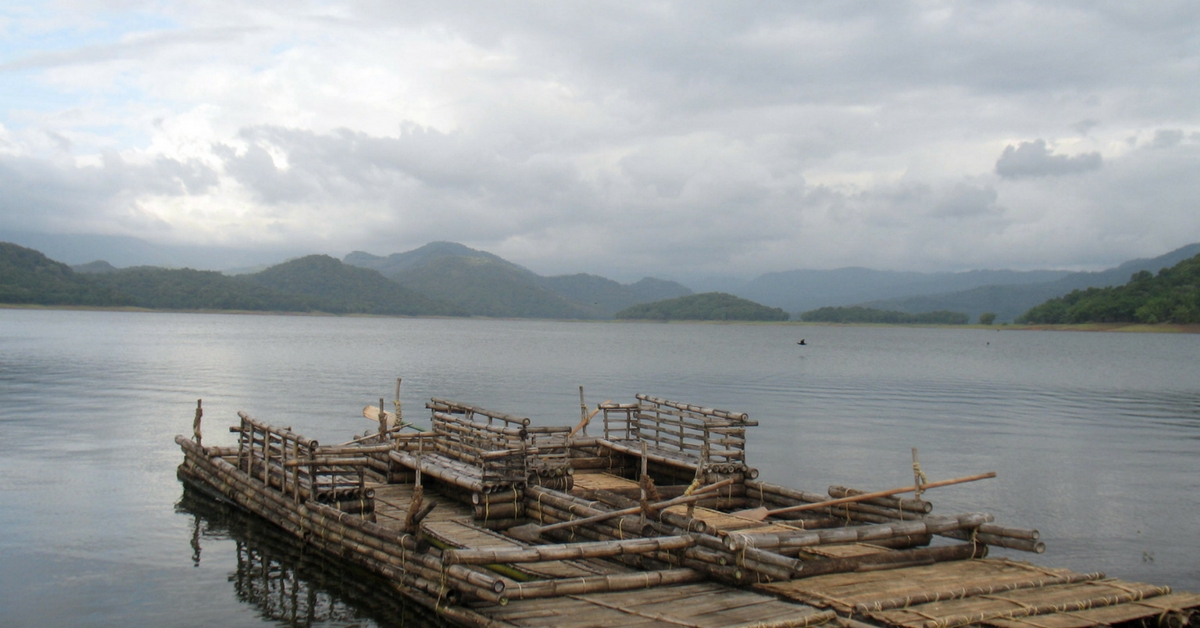 Parambikulam Tiger Reserve in Kerala is a unique space that serves as a sanctuary for nature as well as indigenous tribes. Ramya Sriram talks about her experience travelling to this magical place where nature and humans co-exist in perfect harmony.

Murugesan scanned the forest keenly with his eyes, ears, and nose, searching for signs of a tiger or elephant in the vicinity. The hooting sounds of the Nilgiri langurs echoed loudly through the forest. The cicadas were, as always, having their own little party. “The forest itself is so melodious,” Murugesan said, as he peered out of the window. “Why do we need any other music here?”

I am inside the Parambikulam Tiger Reserve, 391 sq. km. of core area in the Palakkad District of Kerala, sandwiched between the Anamalai and Nelliampathy Hills. Including the buffer zone, the reserve spans about 644 sq. km., and is home to innumerable creatures, great and small. Murugesan is one of the forest guides in the reserve, and he’s accompanying me from the entrance to my accommodation (I’d picked a treehouse, from the variety of options available). Nobody is allowed to amble about on foot within the reserve.

This is to protect you from wild animals, a notice says, but “we are more dangerous to them than they are to us,” Murugesan grins.

A man of the Malasar tribe, Murugesan is one of the many tribal men who work as forest guides in Parambikulam. The sanctuary is home to four indigenous tribes. During the British era, the forest was heavily exploited, and a tramway was built to Chalakudy, so that precious teak and rosewood could be shipped to the rest of the world.

When the Government converted the land into a protected area, the tribes were asked to vacate, but they literally held their ground. Just over a decade ago, the sanctuary was poorly managed, with a high rate of unemployment among its inhabitants pushing them into illegal activities.

Sanjayan Kumar, an IFS officer, took over in 2006 and started to turn the place around, introducing restrictions on tourist vehicles and plastic. A new idea was born—what if the locals could be encouraged to participate in conservation? A set of rigorous awareness and training workshops were implemented, and the tribal people were employed within the eco-development committee of the Forest Department. They were made to sell off their cattle, but offered a salary and/or an alternative means of livelihood.

Murugesan gestures casually outside the window and announces, “There are two tigers and one leopard in this area.” Sensor cameras tied to trees monitor the animals. I ask him how many tigers there are in the reserve. “26,” he says, “exclusive of cubs (as of 2011).”

“One tiger recently gave birth to three cubs,” he continues, and I think I can detect the hint of a proud father in his voice.

A school within the sanctuary takes care of education upto Class IV, after which the tribals go to hostels in Thrissur or Palakad. Murugesan himself has studied till Class XII. The guide training programme requires that they learn the scientific names of all the animals, birds, and trees, along with their common English and local Tamil/Malayalam names. Murugesan has been a guide for 13 years, and is in the category “A” of guides, the most proficient of the four levels—A, B, C, and D.

As we drive through the moist deciduous forest, I notice a tribal lady sitting by the road, combing her child’s hair. “Isn’t there any danger?” I ask Murugesan. He says that there have been no tiger attacks on humans in the reserve. Leopards used to attack calves earlier, but now that has stopped as well. “Earlier, people wouldn’t hesitate to kill,” he says. “But now they will not harm even a single animal.” We stop by the Kannimara teak, purportedly the world’s largest, which the tribes worship.

We reach the Thunakkadavu reservoir, where Manohara, a smiling boatman, awaits us. Only row boats can operate in the three great dams the reserve houses – Thunakkadavu, Parambikulam, and Peruvaripallam – since the waters supply drinking water to Kerala and Tamil Nadu through the nearby reservoirs of Siruvani and Aliyar. Manohara tells me that one can often see crocodiles basking on the banks of the river, and I look about suspiciously, trying to spot a croc’s gleaming eye. As we row into the waters, Manohara tells me that elephants and tigers often swim between the mainland and islands during the summer.

“Don’t the crocodiles attack them?” I ask in wonder. “Someone’s been watching too much TV!” Manohara laughs. He says there’s enough and more fish (and otters) for the crocodiles to eat. Why would they attack larger animals? The water is clear, pollution-free, and brimming with life. Only the tribal people hold fishing rights.

I offer to row the boat for a while, and after some frantic muscle movement and sweat, Manohara gently informs me that the boat isn’t moving. It’s a hard job, this!

In the evening, I watch a group of lovely women put up a folk dance, another means of employment within the eco-tourism initiative. The Forest Department encourages women to participate in making paper bags, honey, spices, and beeswax products. In an effort to make the area plastic-free, visitors receive steel drinking water bottles at the entrance, which they must return while leaving.

Taking care of the treehouses, machans, concrete huts, and other accommodation options also provides income. The locals collect and recycle any plastic from the bins, and mould it into (rather lovely) pugmark keychains that the shop sells. The Forest Department is also training the locals in computers and photography!

While most of the guides belong to the Malasar community, the rest of the tribes – the Malamalasar, Kadar, Muduvars, and Pulayars – also participate actively in the initiatives.

On my second visit to Parambikulam, I stay with the lovely folks at Thadam Experiences. They’re a group of wildlife enthusiasts who conduct treks and birdwatching tours in and around the area, promoting responsible tourism. This time, I stay at the Veetikunnu Island in the middle of the gigantic Parambikulam reservoir.

I meet Manohara again, who rows us across along with three other boatmen and a guide. He proudly announces that his eldest daughter married and has settled down. He has lost heaps of weight, which he attributes somewhat gloomily to his abstinence from alcohol.

As we row out, the guide spots some activity on the opposite side of the bank. Sure enough, a baby elephant and its parent are swimming from the island to the mainland, splashing about merrily. It is possibly the most thrilling and humbling sight I’ve ever seen. I think about it long after we reach the island. Perhaps this is what it’s like for humans to co-exist with animals. There’s peace in this forest yet, some of the magic’s still intact.

As dusk descends on us, the jungle quietens down. I notice that one of the boatmen is missing. He has taken a boat into the waters to look for potential dinner. He glides smoothly and noiselessly, with the ease of someone who’s done this since childhood. His supple arms work effortlessly and his eyes shine in his wrinkled face.

In that moment, I realize that this is the life he knows and the land he loves. This is home.

Experience Parambikulam and its enchanting sights, people, and culture through sustainable tourism with Thadam Experiences.

About the author: Ramya Sriram is a cartoonist and writer. She runs The Tap, where she tells stories visually and verbally.