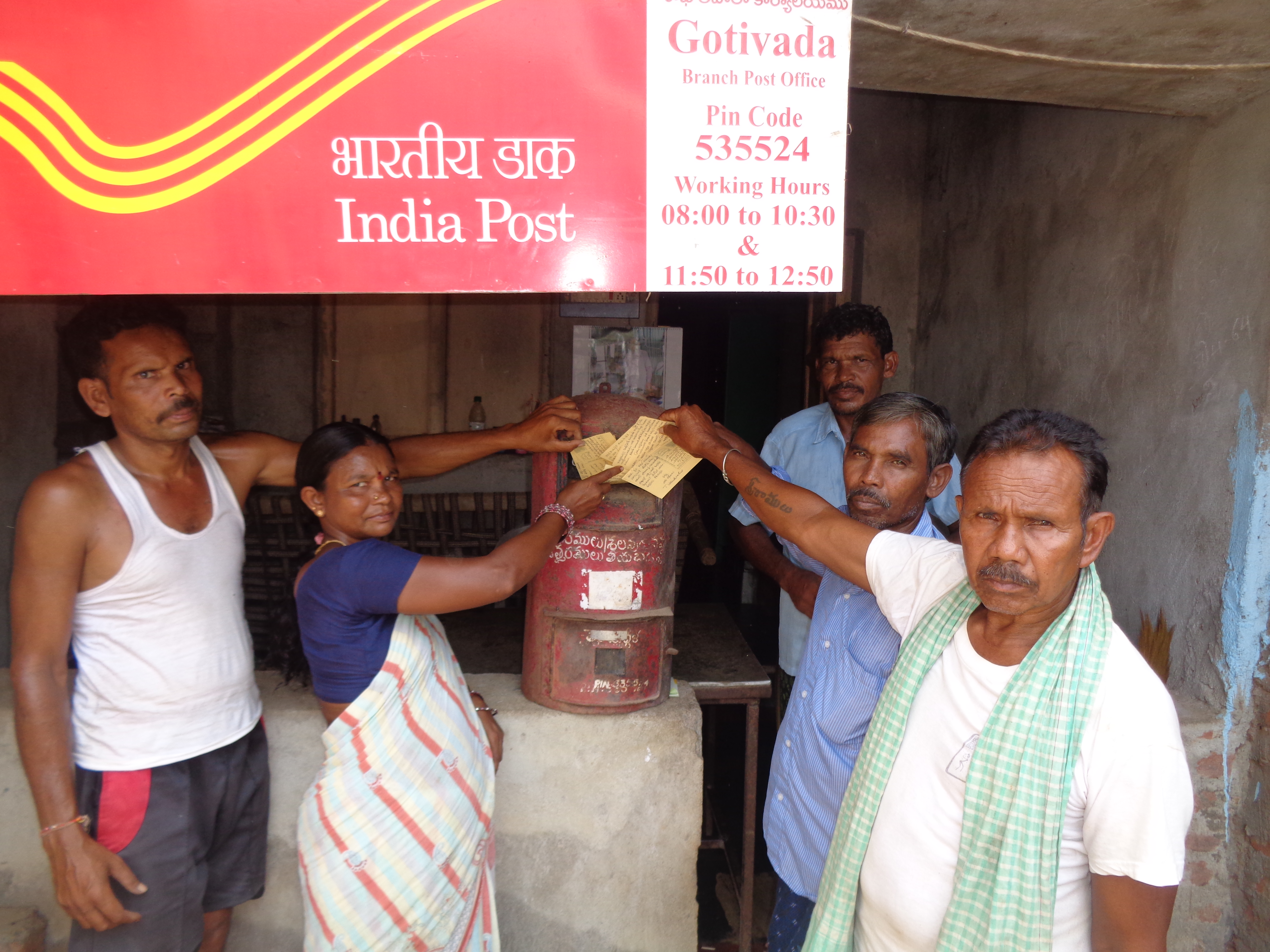 Community members of a small village in Vizianagaram organized a postcard campaign to reach out to government officials and successfully get their primary school reopened.

Gotivada is a remote tribal village in Vizianagaram district of Andhra Pradesh. The 40-year-old primary school in the village was closed by the Education Department without any prior notice. As a result, nearly 40 children were left without a school to attend. When the community members approached the officials to know the reason for the closure, they were unable to give a proper answer. The officials suggested that the community members send their children to a nearby government school, about 5km away. The Gotivada Primary school acted as a feeder school to children of four other hamlets.

“The area is covered with dense forest and it was very difficult for us to send our children, who are very young, to a school that is 5 km from here. There is a threat from wild animals and most of us cannot afford private transport. Also this school was opened 40 years ago and provided education to many people who are now in good positions. We had an emotional attachment with our school,” said Koraka Bhaskar Rao, a community member.

With no school in the village, the children who are below 10 years of age were forced to stay at home or left to roam in the village. The parents could not send the children to the designated school as it required travelling through the dense forest in special transport.

Meanwhile, the Right to Education forum, formed by Aide et Action International and its partner – ARTS, comprising of a group of education volunteers, came to know about the difficulties faced by children due to closure of school in the Gotivada village. The forum took up this issue with the concerned officials but could not get a proper response. Following the lukewarm response from the officials, the RTE forum and community members decided to initiate a campaign until the school was reopened.

They came out with a ‘Post Card’ campaign after deliberating with the children and community members.

For the next one week, they prepared letters and posted them to Integrated Tribal Development Agency – Project Officer & MLA requesting for the reopening of the school. Each day, 70 letters were drafted by the community members with the support of RTE forum and posted to Project Officer-ITDA and the political representatives.

As a result of their persistent efforts, the ITDA Project Officer along with his team visited the village and had a meeting with the community.

They understood the need to have a school in the village and finally the school was reopened within a few days.

The RTE forum members were initially engaged in the government primary schools to support teachers in improving the quality of education. They took a lead role in developing low-cost teaching learning materials to help the tribal children understand the subjects better. You can read about it here.