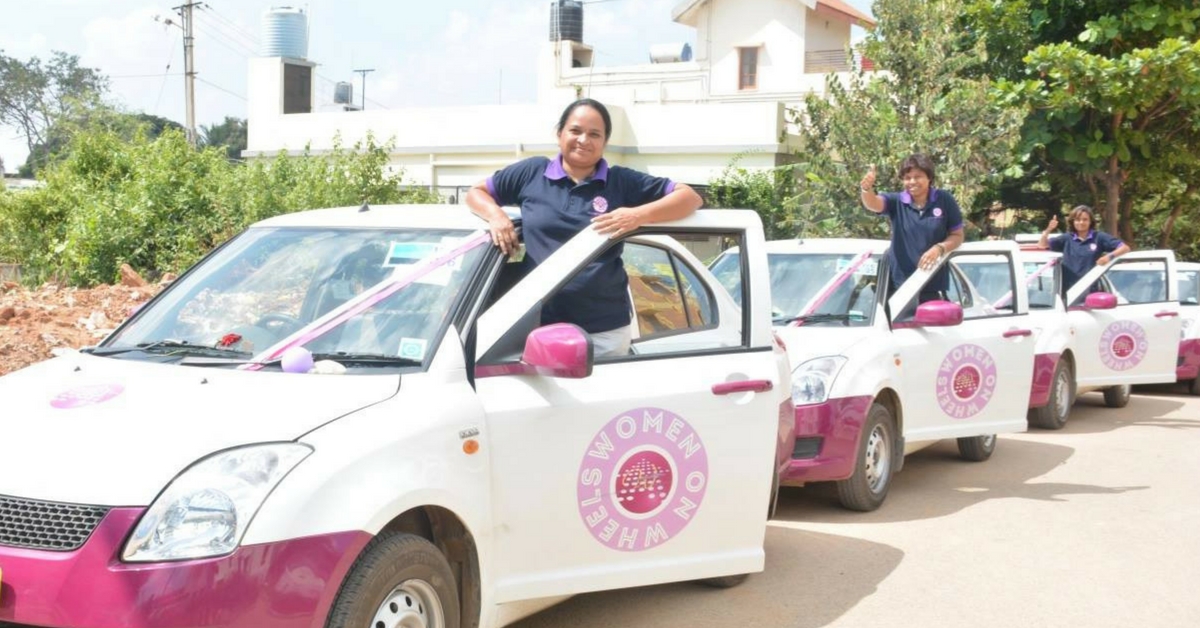 Taxis are a familiar sight in Indian cities, whether the black-and-yellow variety or the kinds powered by private enterprises. You may have ridden on many of them, but how many female cabbies have you met? Women’s taxis are rare in India, but an increase in their number can pave the way for empowering the whole community, whether they are women drivers or passengers.

In recent years, a number of women’s taxi services have emerged in the country. Here are some of the services running in various cities of India that offer a reliable means of daily transport for solo female travellers.

Founded by politician and social activist Susieben Shah, Priyadarshini Taxi Service has been a means of empowerment not only for women travellers but also drivers. Having worked for the development of underprivileged sections of society, particularly women, Susieben started the initiative when she noticed the lack of female drivers in Mumbai.

Clad in pink shirts, Priyadarshini chauffeurs are available on-call through the day. The drivers—who are trained for free by the taxi service—often come from humble backgrounds. The job is a vital means of social and economic empowerment for them. The organisation’s cars are GPS enabled, and offer special packages for daily transport and senior citizens.

A 24-hour initiative operating in Kerala, She Taxi is a model driven towards empowering female drivers. Along with women, the cab service also caters to families, students and tourists in the state. Its launch in places like Thiruvananthapuram and Kochi was marked with fanfare and found many takers among female professionals in the city.

With the advent of competing online taxi services in Kerala, She Taxi faces stiff competition in terms of pricing and logistics. However, the award-winning taxi service continues in the state and has also spurred the government to consider other modes of such specialised transport.

This Bengaluru-based cab service offers all-day transport facilities for women and their families. Founded by R2R (Rozi to Roti) Ventures, an enterprise set up city locals, the cab service also promotes the employment of women in the gruelling, male-dominated driving sector.

Donning black T-shirts, the chauffeurs of Women Cabs are not just equipped to transport their passengers efficiently, but also attend to their safety and well-being. As with many other women-oriented organisations, this initiative too enables women from low-income groups to find a stable means of livelihood.

Under the aegis of the Telangana Government, She Cab is an initiative for the capital city’s working women as well as students and travellers. The service was launched amid much fanfare in 2015, with 10 cabs helmed by female drivers who are known as ‘pilots’.

Unfortunately, the number of women friendly cabs is reportedly dwindling, with only a handful of cabs circulating around Hyderabad airport. However, according to reports, the city’s female residents have given the service a huge thumbs-up and would like the number of taxis to be raised for better connectivity.

You might also like:  After Her Husband’s Death, Shanno Begum Defied Odds to Become Delhi’s First Woman Uber Driver

Admittedly, women’s taxi services don’t have an easy time in this country. Many services have closed down over the years, and the existing businesses have to face stiff competition and even the disapproval of male drivers. Yet these female-driven enterprises are persisting in a highly demanding professional environment on their own terms.

Note: This is an indicative list of services and does not guarantee service for individual customers.