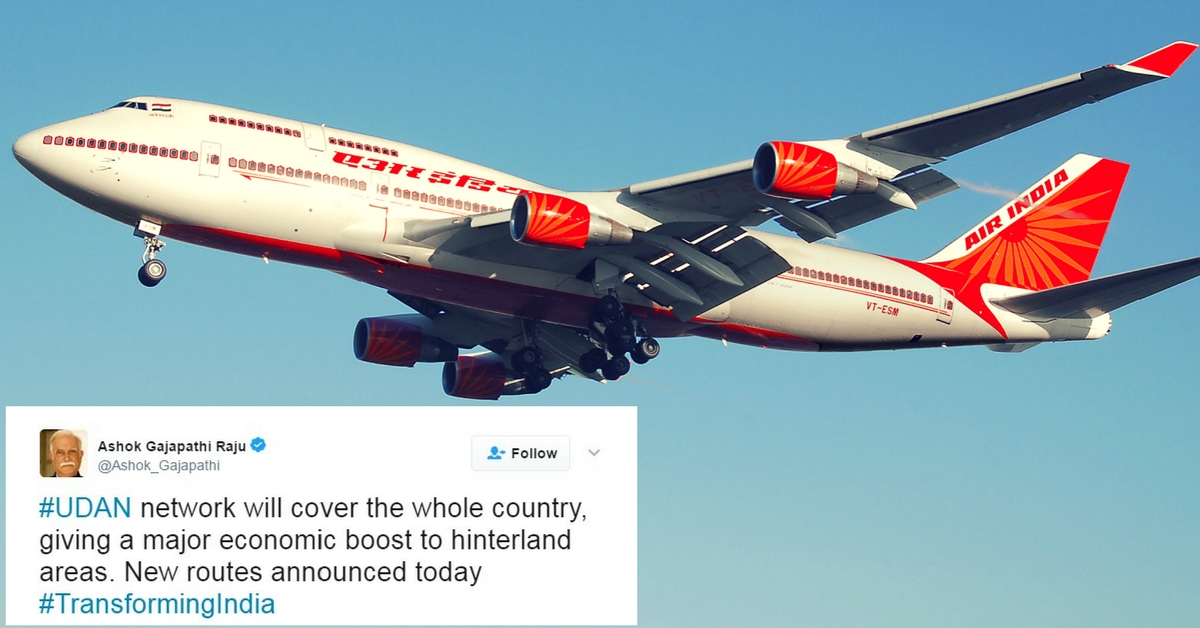 Not only is flying to smaller cities across the country set to become easier, flying in general is also going to get a whole lot cheaper. And it’s all thanks to the UDAN scheme being implemented by the government of India.

Under this scheme (Ude Desh ka Aam Naagrik), 13 airports in tier 2 cities that up until now had barely seen any kind of air traffic, will have a lot more flights landing and taking off. Apart from these barely used airports, over 43 other airports as well will benefit from this scheme.

The minister has been quoted by India Today as noting, “Within 4-6 months, all these new regional flights will become operational. UDAN will have a positive effect on the economy, in terms of employment and investment.”

Flying is also slated to become cheaper as 50% of the seats sold in UDAN flights will be capped at ₹2,500. This will be applicable to flights that cover under less than 500km (in other words, flights whose flight time is around one hour) in distance.

The government will be providing subsidies to the tune of ₹206 crore in order to implement UDAN.

Given below is the full list of the cities and the routes that will fall under the scheme.