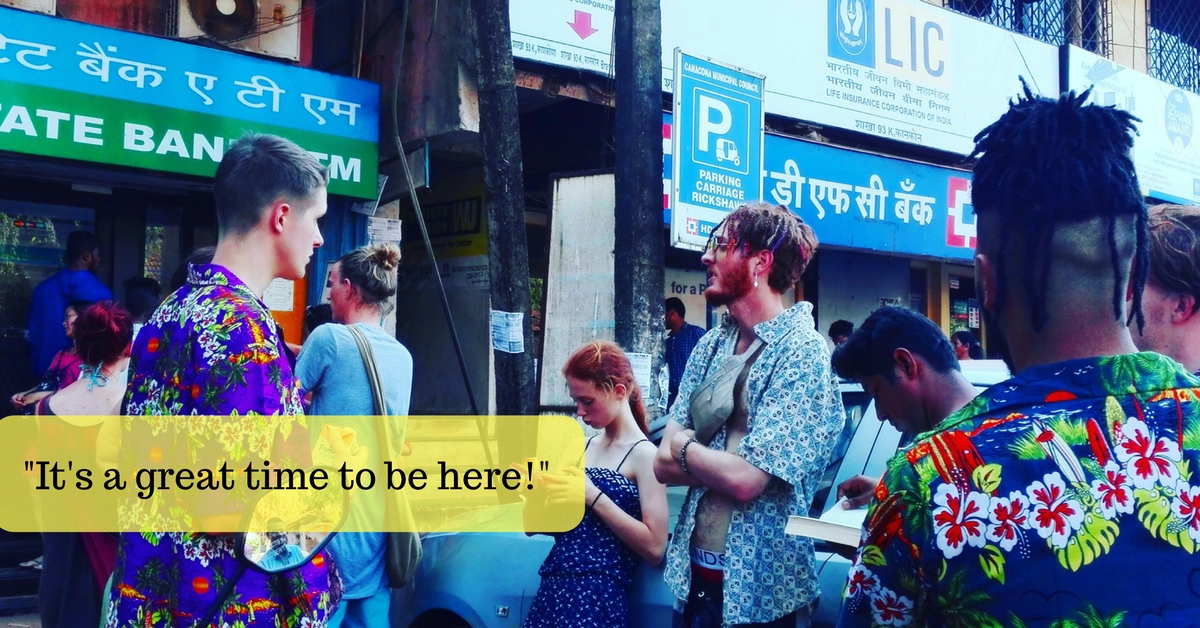 Bangalore is a favourite amongst foreigners for cities to live in India. We asked 10 expats what they love most about the city!

It’s no surprise then that Bangalore is home to around 7% of all of India’s expats, a figure that continues to rise.

I recently joined this growing population of people living in Bangalore by relocating here for work. Eager to find out more about this unique, rapidly-growing metropolitan city, I asked 10 expats living in Bangalore their opinion on what makes Bangalore a great city for expats. Here’s what they said!

1. Bosi, an IT Professional from Kenya

“I’m from an IT background so I like that Bangalore has such a great crowd of young IT professionals and the fact that most people speak great English in the workplace makes it so much easier for me to fit in and do my best at work!”

2. Carina, a student from Germany

‘‘I love that Bangalore has so many open spaces and is still very much connected to Nature. There’s no other city in India that I know of that has quite so much greenery. I love to run so having space to move around near where I live is important to me. Cubbon Park is great and there are so many running groups to motivate me to make the most of it whilst I am here. I also love rock-climbing and Bangalore has some great places for that.”

“Bangalore has a great social scene and nightlife, MG Road and Church Street are especially good places to go on a Friday or Saturday night. I’m from the UK so I love going to a pub after work on a Friday. When I moved to Bangalore I thought I’d miss that a lot but I’ve been very surprised to discover that Bangalore has the most pubs than anywhere else in Asia.’’

4. Ali, a Resource Manager from Egypt

“I like the weather. I get butterflies in my stomach when it rains, as if it’s my first date! I don’t get rain at home so I’m really glad it rains here. Also, it’s not too hot. Another thing I love about Bangalore is that it strives to empower women. It makes me really happy when I see a woman driving a public bus or managing street traffic.”

(Talk to a local however and they’ll tell you that summers in Bangalore are now much hotter than they use to be!)

5. Nadia, an NGO Worker from Italy

“As a woman it’s so important that I feel safe where I live. Bangalore is great because I feel like I can travel alone and not be bothered, even at night time. Most places are well-lit, even residential areas like the one where I’m staying. There’s a lot of police presence, which makes me feel safe. The taxi companies Uber and Ola have been very helpful. I’ve had pleasant experiences with all my drivers and I’ve always felts safe. I have lived in another big city in India and didn’t feel I could go out after dark. I was even warned by local police to keep my phone zipped in my bag at all times and told by locals to carry pepper spray!”

6. Heidi, a Intern from Taiwan

“Although I’m settled here for work, I still love to travel and feel like I’m on holiday as much as possible. I love Bangalore because you can easily reach so many places for short weekend trips and satisfy your travelling needs. You can have a beach weekend in Goa, go trekking in Ooty, stay on an eco-farm in Auroville, there’s literally so much to explore just an overnight bus away from the city!”

“I have found the local people to be very friendly and welcoming towards ‘outsiders’. Bangalore is very diversified and the locals have experienced people from not just all across India but from all over the world. This mixture of people and culture has really been integrated well into the city. There’s great examples of inter-communal living all across the city. Take the block where I live for example. My landlord is a Muslim originally from Tamil Nadu, my neighbours are two Jewish students, upstairs there live three Christians from Kenya and I myself am a Buddhist. We all get along just fine. It doesn’t get much more diverse than that!”

8. Kevin, a Freelance Writer from Ireland

“Even though it’s the most ‘westernized’ city in India, and in many ways the most ‘developed’, it’s still affordable. I’m on an Indian wage yet still manage to live comfortably and enjoy the best of the city. You can rent a good, safe apartment for a decent amount and still live in the city’s centre. That’s a big deal to me. I’ve lived in many cities across the world and that’s a very rare thing!”

9. Ed, a Software Programmer from Lithuania

“I’m a graduate yet in my own country I cannot get a job. There are not many opportunities for me here. In Bangalore I feel like there is so much development happening and there are so many young, fresh and dynamic start-ups popping up everywhere, it’s a great time to be here! I feel like I can really put my talents and skills to good use.”

10. Manish, an Architect Graduate from the USA

“Bangalore is full of culture and history and it’s maintained well. When you visit places like the Bangalore Palace or Lalbagh Gardens, you really get a sense that the city is proud of it’s heritage and wants to look after it.”