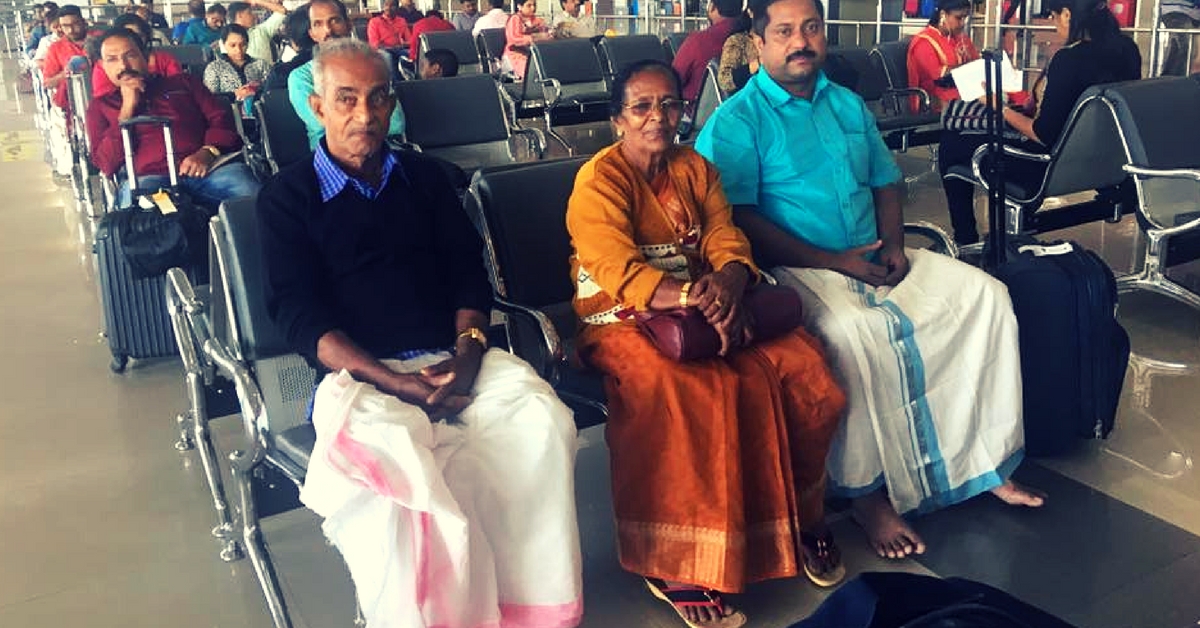 Devis Devassy Chiramel has vowed to walk barefoot while his father is with him in Bahrain. And his reason for having taken the decision is melting the hearts of thousands of people across social media.

Devis, who is originally from Kerala but is currently working in Bahrain, has been begging his father to visit him for years now. While his mother has made the trip to visit his new home a few times over the years, his father has always lovingly yet resolutely declined his many offers.

And one day, Devis found out why.

His father, who lives in a small village in Kerala with his wife, has never worn footwear in his life. He has also never worn pants and has preferred wearing the mundu (a garment native to Kerala that men wear around their waist) instead.

He had been refusing to visit his son abroad because he didn’t want to embarrass him in front of his friends.

Now, Devis, has finally convinced his father and his mother to come with him to Bahrain for a short trip. And in order to put his father at ease, he has noted that he too shall give up wearing footwear and opt for a mundu while his father is there.

In an emotional post on Facebook, Devis has spoken about the sacrifices that his father made barefoot to give him the best possible life. He writes in Malayalam, “It is because of the blood spilled from my father’s bare feet as he walked through the hills and jungles, that I could achieve something in my life.”

You may also like: Vikas Khanna’s Viral Post About His Father Will Make You Call Your Parents Right Away

The post has since gone viral on the social media platform, having been shared over 14,000 times within days and has also garnered over 46,000 ‘likes’ in total. People have taken to the comments section to praise Devis for his thoughtful gesture.

Ultimately, Devis says it is about cherishing your parents while you still can. In the post he writes, “Instead of offering flowers at the tomb of our parents, let us give them flowers in their hands while they are alive.”