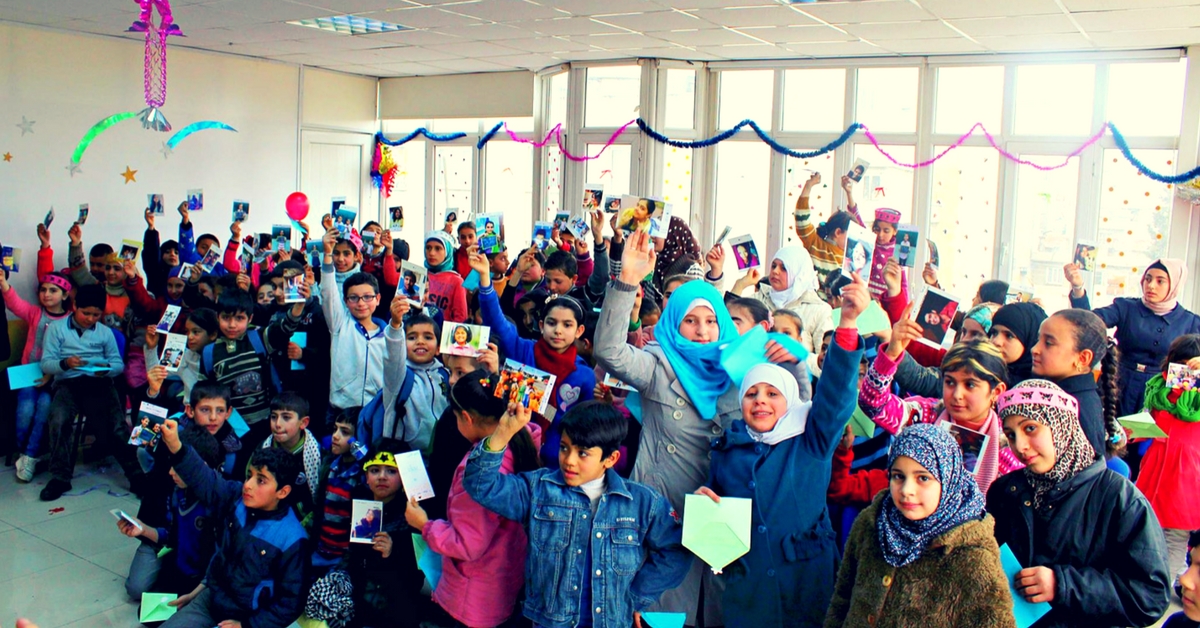 “I wish I could have done more for her. Her life has been nothing but struggle. She hasn’t known many happy moments. She never had a chance to taste childhood. When we were getting on the plastic boat, I heard her say something that broke my heart. She saw her mother being crushed by the crowd, and she screamed: ‘Please don’t kill my mother! Kill me instead!’” (Lesvos, Greece)

This is one of the many brutally honest stories projected unaltered to the world by Brandon Stanton through his famous photoblog – Humans Of New York, during his travel across the European asylum countries in 2015.

HONY’s ‘Refugee Series’ disturbed me deeply for a myriad reasons. Firstly, amidst the other media uproar, these were the personal experiences of various Syrian refugees, all different from each other in terms of the ordeals, but with the same undertone; a mixture of fear, terror, suffering and uncertainty.

Secondly, the largest humanitarian crisis of our time, which has generated 5.8 million refugees and 6.6 million internally displaced in war-torn Syria, was being live tweeted and documented, and all I was doing was looking.

Thirdly, being a mechanical engineer-turned-educator and social worker proactively connected with causes that uplift and empower children, the fact that more than half the victims were children wrecked my core. Something had to be done!

Waking up with the idea of sending a colourful postcard with a handwritten message to a refugee child seemed crazy.

But knowing how personal connects such as letters act as incentives of hope and love, this was the least I could do. And considering the number of refugee children on the other end, I was sure this had to be a collective effort. Hurdles were numerous.

The first day, I remember googling for contact details and sending out around 540 emails to the United Nations High Commissioner for Refugees (UNHCR), UNICEF & UNESCO headquarters and offices in Jordan, Lebanon, Turkey. While I patiently awaited a reply, I pinged around 30 of my friends from all around the world about this.

Since that day, it wasn’t just me, but all these wonderful people from diverse backgrounds who were immediately a part of this humble initiative, which I later coined “Letters of Love.”

The turning point for us was when my husband, Rushil Nori, a member of the Indian delegation of Seeds of Peace camp in 2003, connected me to his then-counsellor Mr.Christopher Littlefield. Chris, was excited by the idea and took it forward to his friends in the UNHCR immediately. I got a positive response from the Turkey office in a day, celebrating the idea behind engaging the children in a global connect through handwritten colourful letters. We were told to carry on with the initiative and that they would take responsibility for the delivery of the letters to the refugee children. A dozen content drafts and posters later, we had our page launched on Facebook.

The idea was simple

However, Google translate wouldn’t help us in the translation from English to Syrian Arabic. It was at that difficult juncture that a mutual friend connected us to Amna Niaz, a Saudi Arabian citizen with roots in Syria.

She volunteered to single-handedly translate all the messages in English to Syrian Arabic. She soon became our saving grace. We had help pour in to write the letters on the postcard prints and collaborations from NGOs and student chapters in universities across India. Our sister objectives were met as we successfully launched the fundraiser on Ketto along with the awareness that was being spread of the Syrian war & the Refugee Crisis and also through the sensitisation modules we developed for educators & teachers to adopt in their classrooms and inspire students to empathise through writing letters after a fun photoshoot in their classrooms for their Syrian contemporaries.

Recalling the most adorable letter I had read, written by a 3rd grader of Eton House International School, Singapore, as I remember:

“Dear friend,
My teacher tells me you’ve no home to stay. You can come stay with me. I hope you don’t mind sharing because I’ve only one bed. I can also give you my toys. Come soon.
Love, Adam.”

By November end, UNHCR connected us to four implementation partners – Mercy Corps, International Medical Corps (IMC), Association for Solidarity with Asylum Seekers & Migrants (ASAM) and Support To Life (STL). We were to deliver to nine community centres that housed a total of 1,500 Syrian refugee children.

Our cartons of letters were sealed and sent to respective addresses and we waited it out for feedback. Amidst the wave of criticism that we had faced, the one we didn’t have an answer to (yet) was, “What difference will a Letter of Love make to a refugee child?”

12.5GB of feedback flooded our mailbox. Here, take a look:

* Send in your Letter of Love to :
https://www.facebook.com/lettersoflove2017

Posted by Letters of Love on Wednesday, November 2, 2016

Letters of Love in its pilot year was successful in making New Year (2016) enjoyable for 1,500 children and expressing solidarity with them at a global level, with tangible takeaways in the form of postcards with handwritten notes that oozed love, prayers and hope and also donated funds worth Rs. 1.25 lakh.

It was much to our surprise that UNHCR got back to us again mid-year in 2016, enquiring if we were proceeding with the project again. As it turns out, community centres that tended to Yazidi & Iraqi refugee children also wanted in and had approached UNHCR office.

As a testimony to the popular maxim, ‘happiness is contagious,’ for 2017 New Year, we had a target of 13,000 Syrian, Iraqi & Yazidi refugee children awaiting letters of love across Turkey & Jordan.

With a fresh new logo and a rejuvenated team of 30 across 10 countries, Letters of Love for 2017 was relaunched on our Facebook page.

Senders and collaborations flooded in from all around the world and we held ‘Meet, Greet & Scribble’ events across cities in India. We raised Rs. 1.4 lakh, and by mid December the fondly doodled handwritten letters were sent to our implementation partners in Jordan & Turkey.

Personally, I’ve been an ardent believer of the starfish fable and counting on an individual’s untapped potential to make a difference in the world, one starfish at a time, has been my steadfast inspiration.

While it’s just March, we’re eagerly awaiting for the new year to gift these children bright smiles, once again.

Quoting Saint Teresa as I see fit, “Not all of us can do great things; but we can do small things with great love!”