Could a Co-Working Space Begin Transforming the Kashmir Valley Into a Silicon Valley?

With 36 workstations, cafeterias and a meeting space, ThinkPod looks towards fostering innovation in Kashmir.

Tabish Habib, is a 26-year-old woman who means business.

The graphic designer, after having spent six years working in Delhi, returned to her hometown in Kashmir to help create a new ecosystem that supports entrepreneurs from all walks of life.

Hailing from a state that has unfortunately become synonymous with strife and unrest, Tabish, is more interested in bringing people together. Which is exactly why she has started co-working space ThinkPod in Srinagar.

And right from the get-go, it seemed to have enthusiastic takers as on the very first day, she ended up with 86 applicants. 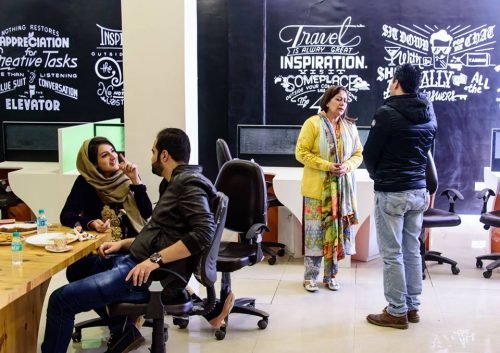 With this venture, officially launched on March 5, Tabish wanted to address a problem that a lot of new entrepreneurs face – lack of infrastructural facilities. The young woman created a space that addresses those very problems comprehensively. With 36 workstations, cafeterias and a meeting space, the space might also boast its very own cafe in the near future.

Speaking to the Times of India, she notes, “When I started working six years ago, the first problem that I faced was finding a space to work. It is a very tedious task to arrange furniture, basic amenities, internet connections and telephone connections and other things for startups. I wanted to have something here in Kashmir that facilitates our youth to start their own ventures.”

You may also like: Two Kashmiri boys will be playing football in Spain this year, thanks to efforts by CRPF!

The end goal is to become an incubation centre for new talent and innovators. To that end, she will be arranging a number of workshops and sessions to help startups understand their own markets and also achieve their goals.

And while the region is still a hotbed for political uncertainty, Tabish is not concerned about how that might affect her own plans for ThinkPod. As far she is concerned, she is ready to lead the charge in creating another Silicon Valley in the Valley.

ThinkPod can be contacted here