Beating acute poverty and lack of resources, Ramesh Babu revived his late father's saloon in the 90s while building a luxury car-rental business on his own.

Ramesh Babu’s office in Ejipura, Bengaluru is filled with miniature cars. There are mini Mercs, a Rolls Royce and even a few vintage models. “I have collected these from many cities and countries over 24 years and added some here when we started the office three years ago. My son has a bigger collection at home,” says the collector.

Collecting model cars isn’t an uncommon hobby, but Ramesh isn’t just a regular collector. Lined outside his office are dozens of luxury cars — full-sized, not miniatures — some not even available in India, all part of Ramesh Tours & Travels, which started when Ramesh, a barber, invested in his first car in 1993.

His enviable fleet of luxury cars-on-rent, and his incredible story of success and determination has earned Ramesh the title of Billionaire Barber. Born and raised in Bengaluru, Ramesh lost his father at an early age, in the year 1979, and found his family mired in conflict and poverty. “My father left a saloon in Brigade Road. My uncle took care of it and paid us ₹5 each day,” the entrepreneur recalls. Those early years weren’t easy, as Ramesh, his mother, grandmother and siblings struggled for even basic essentials like food and clothing.

“My mother took a job as a maid and earned perhaps ₹40-50 per month that was used for everything, including our fees, books, clothes, and everything,” he says. “We got new clothes once a year and we managed the rest with school uniforms and old clothes. Once I was sent back by my PT teacher because my trousers were torn, but I couldn’t afford a new one. We had only one meal every day in the afternoon from what my mother got from work. Getting a good meal during a festival was one of our happiest moments.”

Ramesh’s family had steady breakfasts, in addition to their single meal, for the first time when he took up a job delivering newspapers at the age of 13. He continued his studies while supporting his family, till his pre-university years when he took over the saloon, named Inner Space, from his uncle.

You might also like: From Selling Snacks at Age 10, This Plantation Worker’s Son Built a ₹100 Crore Food Brand

Ramesh stepped into business with no resources except the determination to succeed. He used family savings to renovate the saloon and roped in two workers to run the place.

Running the business wasn’t easy, as Ramesh dealt with multiple commitments and workers who rarely turned up at the saloon on time. It took three months of perseverance when a chance visit turned Ramesh towards hairstyling himself.

“One morning, while I was waiting for my workers, a gentleman came and asked me for a haircut. I said I didn’t know how to cut hair but he insisted that I try it,” He says. “So I cut his hair, and maybe he liked it because he gave me double the standard price. He is still my customer.”

As Ramesh took up hairstyling himself, the business began to flourish and a year later, he began to sign up for hairstyling courses to hone his seemingly natural talent. “I even went to Singapore and did a course with Toni & Guy,” he says.

It was the earnings from his saloon that led him to buy his first car and paved the way for a venture that has grown exponentially in two decades. 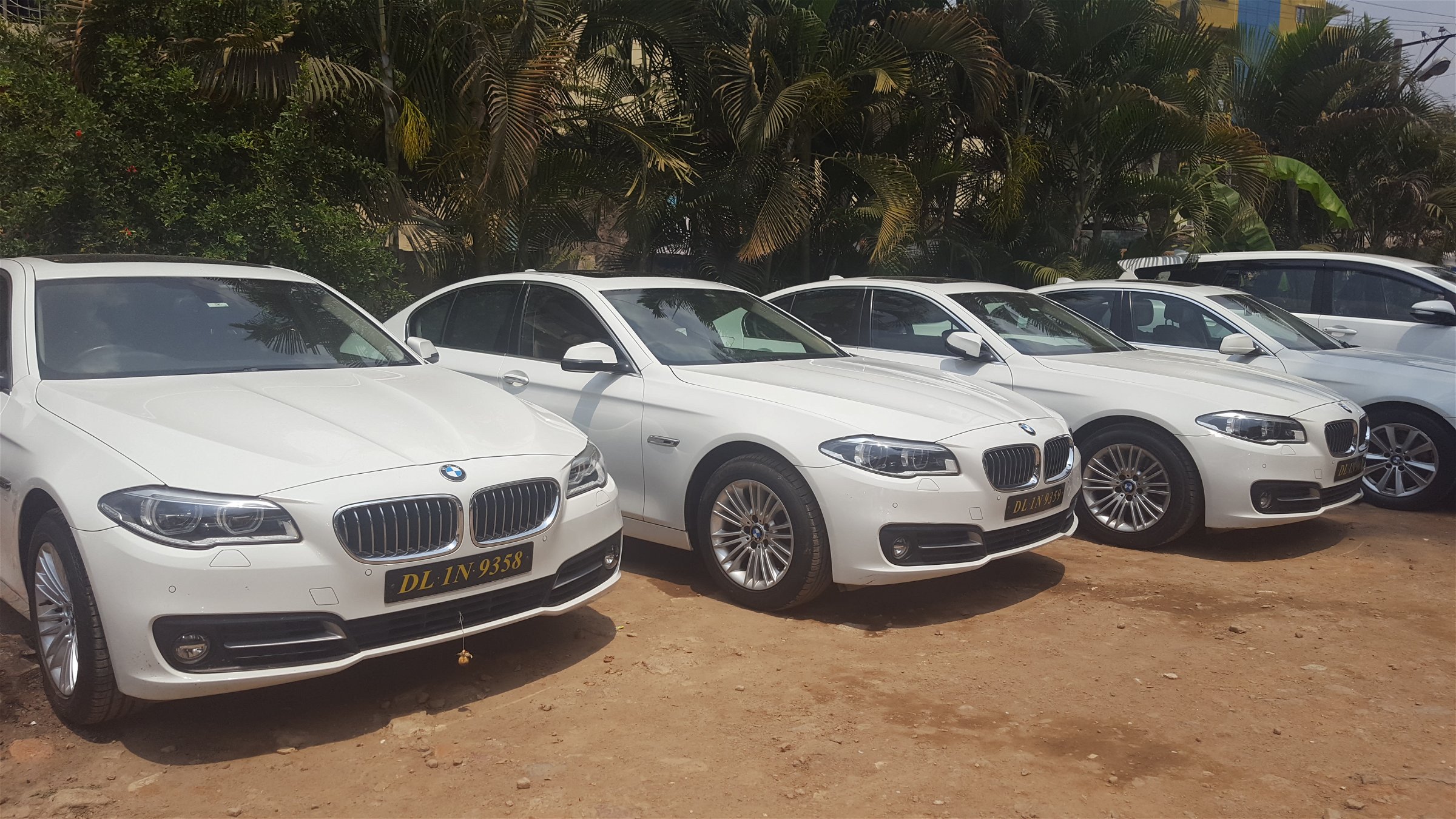 “I always wanted to buy a car,” says Ramesh, adding that his first vehicle — a Maruti van — was intended for personal use. To get a loan, he had to take his grandfather’s help and raise a mortgage on the family house.

The purchase came with steep EMIs and Ramesh began to rent out his car to raise the amount. “I’d sit in my saloon and customers would often take the car on rent,” he says. He received his first business contract from Intel, through a family for whom his mother worked since he was a child.

As he slowly but steadily gathered a sizeable customer base, Ramesh realised the potential of operating a high-end automobile rental service and began to build a fleet of cars.

You might also like: From Selling Water for 5 Paise, This Man Set up an Industrial Gas Business Worth ₹25 Crore

In the mid 2000s, Ramesh received a proposal from Mercedes India to buy a model. He had been eyeing the models for a few years and saw an opportunity. He put together his small savings and raised the rest of the amount through a bank loan.

“The EMI rates were high and I was scared. But at that time, nobody else was investing in cars like these and I had an advantage,” he says. “The business did well and a year later, I bought a second Mercedes model.”

Today, Ramesh Tours & Travels boasts a fleet of over 400 cars next to models of BMW, Mercedes, Jaguar and the highly prized Rolls-Royce Ghost. Ramesh recently became the third person in Bengaluru to buy the Mercedes-Maybach S600, which stands in his company garage. “Everything has been a journey of hard work. If my drivers weren’t around I’d drive the cars myself,” says the entrepreneur. Media reports often mention his love for his Rolls-Royce, but procuring the car landed him in one of his greatest challenges as a business owner.

“Running a business like ours can be scary when things come to a sudden halt. In 2011 I bought my Rolls-Royce — it was expensive and the government levied heavy taxes. I was almost bankrupt and even mortgaged my wife’s jewellery. People told me to sell the car. But I kept trying and one and half years later I finally managed to succeed again.

Contrary to popular notion, the Ghost ranks lower in Ramesh’s list of favourites. “My favourite is actually the Contessa,” he reveals. “It has been discontinued now, but it was the second car I ever brought.”

Ramesh Tours & Travels now also operates in Chennai and Delhi, and the entrepreneur hopes to conquer Hyderabad and Vijaywada next. The team is also working on maximising the company’s online presence. Along with a jaw-dropping fleet, his endeavours have earned Ramesh many awards but come mornings and over the weekends, you will still find him giving haircuts at his salon for ₹150.

“It has been a tough journey, but everything has ups and downs,” says the man who has truly earned his title of billionaire barber. “I have always told myself to work harder and everything comes together.”