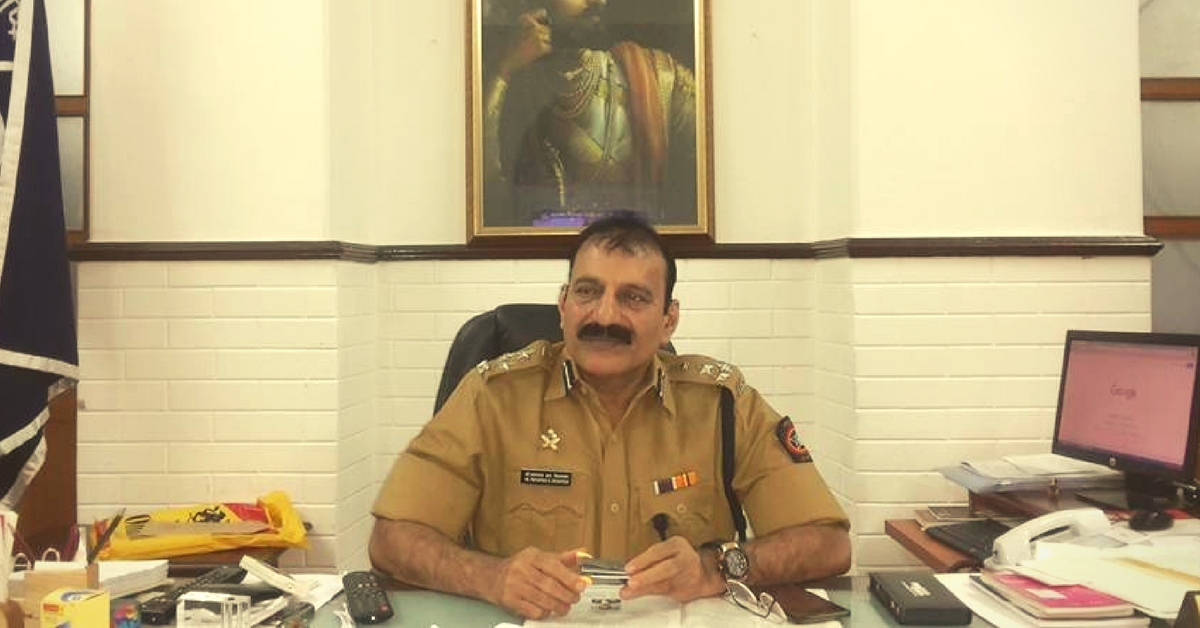 If you are currently feeling down on your luck, the story of Pratap Dighavkar is just what you need today to inspire you. From a farmer in a small village to becoming an IPS officer, Dighavkar is proof that you must never give up on your dreams.

In a Humans of Bombay post, Dighavkar notes that having come from a small village called Litania near Nashik, the only profession that most people followed in his hometown was farming. And yet, he harboured dreams of working for the government.

Despite having scored well in his final board exams, he still lost out on getting admission to the only college in his village, so his father instructed him to help him with farming.

But he simply refused to give up. Borrowing a sum of ₹350 from his mother, he enrolled himself in a distance learning programme. By 18, having graduated, he also cleared the police service exam.

And yet, his journey was far from over.

In 2000, he became an IPS officer. In the post, he says, “I’ve build schools in my village, set up a dream housing society for 10,000 constables and spoken at the United Nations — all because I had a dream.”

You may also like: Meet the Human Behind the Popular ‘Humans of Bombay’ Page

Looking back on his storied career, Dighavkar has only one piece of advice to the world – giving up is not option.

He says, “My only message would be to chase that dream with so much passion, that there’s no other choice but for it to come true — and it does… I’m the living proof of that.”

“I was born in a small village called Litania near Nashik. We had only one primary school in our village and the only…

Posted by Humans of Bombay on Saturday, February 18, 2017

“I was born in a small village called Litania near Nashik. We had only one primary school in our village and the only available profession for men was farming but since I was young I wanted to be a part of the government. It actually was a really funny incident — once when I was young and I saw an aeroplane in the sky, I asked my mother who owns these planes and she randomly said ‘the government’ and since then thats what I wanted to be a part of. I used to study night and day and stood first in the SSC board exams. After that I got into college which was 23 kilometres away for me, but I didn’t miss a day. Despite getting 86% , I lost admission at the only college we had in our village by 1 mark and that’s when my father told me it was time for me to give up studying and become a farmer.
At the age of 16, I was a full fledged farmer but because of a dispute with my dad I decided to give revisit my dream of studying further. I borrowed 350 Rupees from my mother and enrolled myself in a distance learning programme. While I was still working hard on the field, I was studying night after night to get my degree. At 18, I had completed my graduation for a total amount of 1250 Rupees and I had cleared my Police Service exam and the combined defence exam as well. in 1987, at the age of 22 I was selected for the post of Assistant Commissioner — it was the happiest day of my life.
Even after I got the position, I never stopped studying — I’ve held many positions all over the country. My biggest case so far has been the 1993 bomb blast — we were working 18 hours a day, everyday and I still remember interviewing a terrorist called Faki Ali. We had tried everything to break him, but he refused to open his mouth. It was during this time that I had completed my distance learning course in psychology. I don’t know what hit me then, but I just calmly went to him and said if he didn’t start talking, we were going to bring his entire family to the station to watch him suffer. His behaviour shifted and within 10 minutes he had given us the location of where 30,000 rounds of AK47 bullets, hand granites and guns were located. That incident just proved to me that in order to grow you have to keep learning.
In 2000 I became an IPS officer — from being a farmer and spending not a Rupee over 1250 — I became an IPS officer. I’ve build schools in my village, set up a dream housing society for 10,000 constables and spoken at the United Nations — all because I had a dream. Receiving Vanshree award and Indira Priyadarshini award made me feel overwhelmed. Pursuing commando course in US was altogether a lifetime experience.
So many times people complain about policemen, but what they don’t realise is that we’re doing our job. We give up spending time at our own homes and celebrate every festival on the street. We’re on call 24/7 and nothing comes above our duty. I still remember when it was my brother-in-law’s wedding and I was on my way there when I got a call to come in— I left that second. It has been an honour to serve the people all these years— and I’ll continue to do so. My only message would be to chase that dream with so much passion, that there’s no other choice but for it to come true— and it does…I’m the living proof of that.