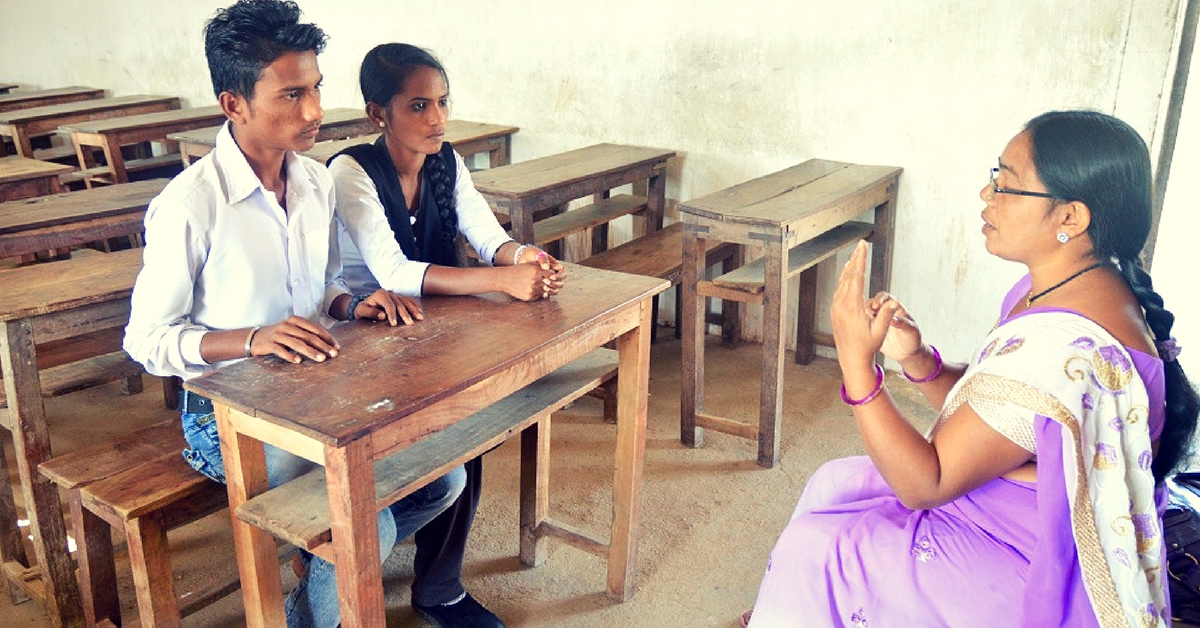 Yuvraj Sidam, 14, is unmistakably bold. The Class 10 student from picturesque Dewala village in Chandrapur district’s Pongorna block recently turned heads as he decided to work towards de-stigmatising menstruation and promoting menstrual hygiene. Located on the eastern edge of Maharashtra in Nagpur division, Chandrapur lies in the Vidarbha region and in such a rural set-up, it’s quite unusual for teenage boys to address gender issues, especially sensitive, ‘embarrassing’ subjects like menstruation. Sidam, however, isn’t hesitant to speak up – and his confidence and sensitivity are courtesy a progressive, inclusive Adolescent Life Skills programme, introduced by UNICEF and jointly implemented in schools across the region by Chandrapur Zilla Parishad and the Pune-based non-profit, Yashvant Rao Chauhan Academy for Development Administration (YASHADA).

As part of this intervention, select students of Class 8 and 9 from 100 schools in 15 blocks of the district have been trained to become peer educators, who, in turn, talk to their classmates on a wide range of issues with the help of creative tools and “exciting” activities.

With some guidance and hand-holding from an appointed ‘prerika’, or motivator, the teens are imparted useful information and equipped to take interactive sessions spanning an-hour-and-a-half every Saturday after class.

By participating in games, street plays, song-and-dance routines, painting exhibitions and poetry recitals students in local government schools have developed a seamless understanding of previously overlooked, complex social issues such as domestic violence, lack of sanitation, addiction, child marriage and discrimination, and they are not afraid to take a stand.

“When I started talking about menstrual hygiene in my village, the older women were alarmed. They shouted at me and asked if it was alright for boys to talk about such things. I clearly told them that menstruation was natural and that there was nothing good or bad about it,” recalls Sidam, with a smile.

As the teenage boy frankly shares his point of view, Sunil Sherki, 46, his teacher and a trainer associated with the programme, looks on proudly. He is convinced that “good communicators” like Sidam, who educate and advocate on “subjects that are necessary in life”, will surely bring about a much needed positive change. He elaborates, “It is remarkable to see how these young people have been able to connect these subjects to their homes and communities and have broken through societal barriers.”

Sidam’s classmate Sanjeevani Therkar is creating waves as well. In a rather unusual move, the duo joined forces to spread awareness on menstruation with the support of their ‘prerika’, Asha Bhadke.

Together they tirelessly worked to create a bunch of posters that drove home messages around the importance of menstrual hygiene. On her part, Therkar even intervened when her friend’s parents decided to isolate their daughter from the family after she started menstruating. “I could not stay silent when my friend was going through such emotional and physical turmoil. They put her out of her own house. I spoke to her parents and told them to take her back in and ensure she was given proper food and fruits. It took me some time to convince them but I am glad I took some action. They realised their mistake and never sent out her out again,” she narrates.

Of course, Therker is quick to point out that had she not been part of the Life Skills programme, things would be very different. She says, “The life skills education we got in school really changed things for all of us, especially our mindset. I’m really happy that we got to learn so much.”

Bhadke concurs with the youngster’s observation, “These children are our future leaders; they have blossomed so well with very little effort.” Therkar’s father, Kamal, a farmer, is immensely proud of his daughter, “She has not only become more knowledgeable, particularly about important problems being faced by our community, she is also more outgoing and outspoken. I know she can take on anything.”

Pratima Therkar, 40, is another proud parent. Her son, Sangharsh, 16, a Class 10 student, was hand-picked to be a peer educator, an experience he cherishes dearly. “It was amazing to learn through games. I remember one time during the role playing exercise our topic was disability. To prepare for our play act, my team and I did research on the life of the differently-abled and we came to know of the various kinds of challenges they face. I would have never got sensitised had we not done this. Such creative ways to teach and learn can reap rich benefits for all students,” remarks a beaming Sangharsh.

Today, the children can’t stop talking about the advantages of the Life Skills programme.

However, as Sangharsh candidly puts it, “it took a long time for my classmates to take me seriously”. What helped in keeping things going were the sustained sessions and the “surprisingly fun and innovative” activities. “Eventually, we didn’t have to convince them to stay back after school; everyone began looking forward to participating wholeheartedly,” he adds.

At the Zilla Parishad High School in Neemgaon village in the neighbouring Saoli block, Damini Lakde, 16, a differently-abled Class Ten student got inspired to kick her ‘kharra’ addiction after she sat through a few Life Skills sessions. ‘Kharra’, an addictive substance, is popular with adolescents and adults in the area. “When I saw a film on cancer, I was realised that I simply had to stop eating Kharra if I want to remain healthy. As it is, because we are poor people, we cannot afford treatment for cancer. Those days, nearly everyone I knew was consuming it so we all jointly pledged to stop. One added advantage of giving ‘kharra’ up is that we have more money saved up which we can utilise for something better later on,” she shares.

“The main aim behind introducing this programme,” according to Pramod Kalekar, UNICEF’s Divisional Consultant, “was to enhance children’s abilities. Adolescent Life Skills Education is an interactive process of teaching and learning that focuses on acquiring knowledge, attitude, values and skills. This enables children to take up greater responsibility in their lives and in society by making healthy life choices, gaining greater resistance and minimising harmful behaviours.”

Clearly, for the nearly 20,000 adolescents in Chandrapur, who have had the opportunity to benefit from this approach, there is no going back. In fact, a short span of time, they have learnt to take a lead in their community, challenge age-old discriminatory attitudes, and prepare themselves to address concerns that have been considered ignored in the name of traditions for generations. Such a dramatic shift in the confidence levels of the students will certainly bring on a sea of change in this most backward area of the district.