TBI Blogs: Did You Know? Builders Now Must Pay Interest If They Delay Construction and Possession

For a long time, the scales between builders and homebuyers have been tipped towards the builders, because of their deep pockets and powerful influence. However, a series of recent legal judgements may be changing that, for good.

For a long time, the scales between builders and homebuyers have been tipped towards the builders, because of their deep pockets and powerful influence. However, a series of recent legal judgements may be changing that, for good.

Justice may have been delayed, but it has not been denied for all homebuyers who have faced prolonged delays in receiving the possession of their dream house, even after making full payment to their builders. A person buying a flat tends to invest a huge amount of their hard-earned money. Unfortunately, many predatory builders with deep pockets fail to provide them with roofs over their head while also depriving them of their hard-earned money.

The Real Estate (Regulation and Development) Act, and several other judgments by the Supreme Court and the National Consumer Dispute Redressal Commission (NCDRC), have reignited the hopes of aggrieved home buyers, and strengthened their trust in the judicial system. Builders to pay interest for delay in construction

Recently, the apex Court slapped a penalty on real estate giant Unitech for delay in handing over of flats. The bench directed them to deposit 14 % interest on ₹16.55 crore invested by 39 homebuyers. These buyers, who had booked flats in Unitech’s Vista housing project in Gurgaon, moved to court seeking refund of their principal amount, along with interest.

Moreover, the court issued a statement that the said interest would be applicable from 1st January, 2010, and asked the real estate major to deposit the amount with the apex court registry within eight weeks. Further, 90 % of this amount is to be disbursed to homebuyers proportionally, in a manner similar to one adopted while giving refund of the principal amount.

Aggrieved home buyers can unite and appeal to NCDRC directly

Another important headline in favor of homebuyers came up when the Supreme Court, in a landmark judgment, paved the way for them to directly drag builders to the National Consumer Disputes Redressal Commission (NCDRC) for delay in delivering projects.

According to a provision under the Consumer Protection Act, a plea can filed in the NCDRC directly only if the cost involved in the matter is above ₹1 crore. If one does not fulfill the pecuniary jurisdiction, he shall have to take recourse from the District Consumer Forums.

In the matter before the court, all the buyers had a common complaint of delay in handing over possession of their flats. The defendants, Amrapali Sapphire Developers Pvt. Ltd., took shelter behind this rule, saying that all the 43 flat buyers moved to the apex court together. The individual value of each flat is way below ₹1 crore and hence, the buyers are individually ineligible to file before the NCDRC.

But the bench rejected the contention of the defendant, and it was held that home-buyers could form an association to achieve the pecuniary limit of ₹1 crore for approaching the NCDRC directly.

This judgment is a boon to middle-class flat owners, who find it easier to come together to fight rich realtors who have deep pockets and employ top lawyers to find legal loopholes to frustrate flat buyers from making claims against them. 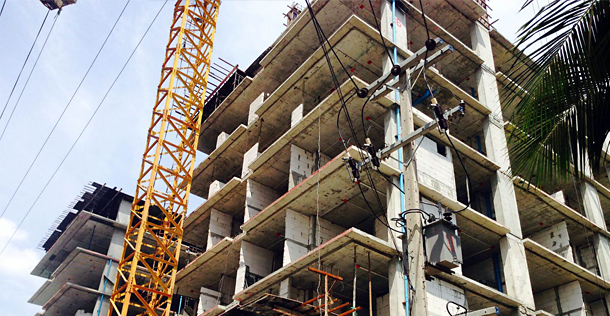 Another major legal development in this sector occurred on 1st May, 2016, when the Real Estate (Regulation and Development) Act came into force after a lot of opposition, deliberation, and several amendments by both the Houses.

The objective of the bill is protection of interest of the purchasers by promoting transparency, accountability, and efficiency in the construction and execution of real estate projects by builders. The Act is turning out to be a game-changer by regulating the property market, and allowing clarity and rationale provisions into the system.

As a buyer, you must be aware of the following key measures adopted under the act:

Invest in real estate with confidence

“In the light of recent judgements, many clients have contacted us to take up their property matters in the court. Earlier, most would shy away from legal recourse. But the swift actions of the courts are slowly restoring faith,” adds Rohan Mahajan, Founder of lawyer search platform LawRato.com.

Realty experts believe the courts have finally realized the necessity of a balanced playing field between developers and homebuyers. There were several lacunae in the laws about the safety of homebuyers. Hence, the courts and consumer tribunals adopted an activist approach to deal with the issues between the builders and buyers.

Featured Image is for representational purpose only. (Source: Flickr)