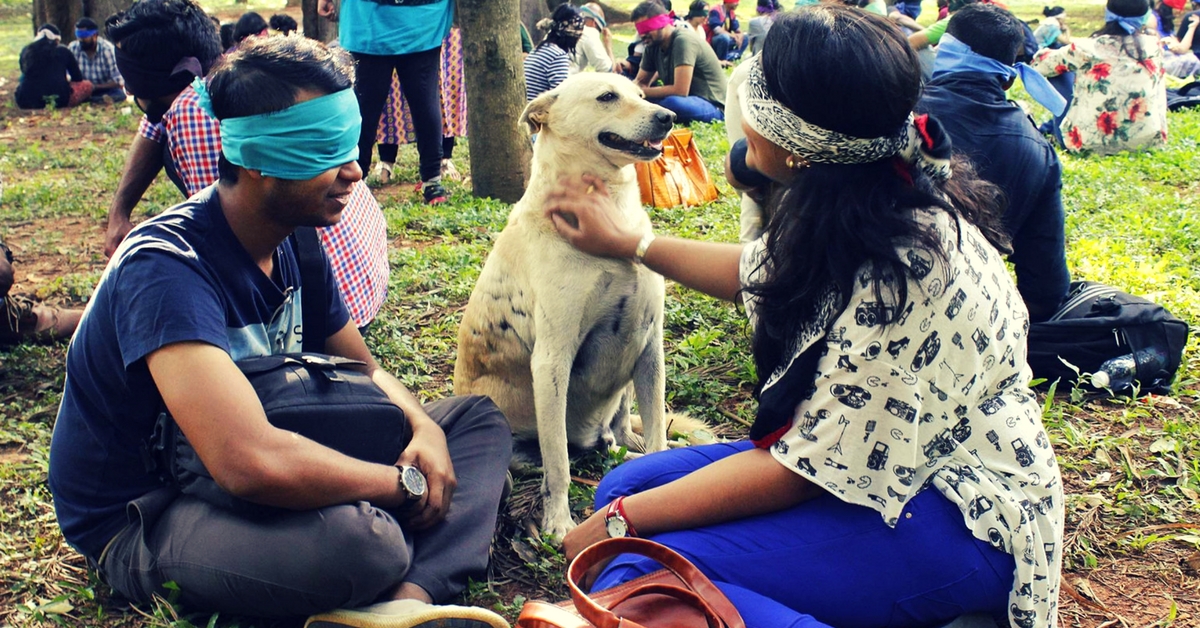 Many of us tend to judge people or form opinions, or even end up being judged, with just a look. Forget having a conversation, we might not even look at that person again. However, an initiative is trying to ensure that people go beyond the physical judgement stage to discover others.

Blindfolded Conversations Under the Trees by Ink Weaver led by Janet Orlene, an experiential learning facilitator, does just that.

The event, the first edition of which was organised on August 21, 2016, in Bengaluru’s Cubbon Park, saw a turnout of 160 people. There has been no looking back since.

“We remove the first stage of judgement i.e. the physical stage of judgement, one in which we judge by the physical appearance of the person. Besides that the conversations are often self-reflectory and opens people to different perspectives, each with its own reasoning. The facilitation is often tailored differently each time, keeping up with current situations that affect the community in different ways,” says Janet.

The seeds of ‘Blindfolded Conversations Under the Trees’ were sown during an interesting casual conversation with a friend on conversations and prejudice, says Janet.

“The ‘what ifs’ arose from that. As an experiential learning facilitator, I also often use conversations in various activities. We built the activity slowly, over a span of eight months before we implemented it,” she says.
The idea is simple. Participants need to come with an open mind, carry along their blindfolds, and be willing to strike up a conversation with a stranger while blindfolded. The participants are paired at random, which is done by the facilitators with the help of a few volunteers.

The event also aims to use public spaces as community spaces. A space to interact and, perhaps, get inspired. “A space for sharing. A space to be more and do more. To bring people together using social media to connect without just social media,” she says.

Sharing feedback, Janet says that participants often state that it is easier to talk with the blindfolds on, and that they are also excited about the kind of conversations they have.

You may also like: The Gunehar Experiment: How a Remote Himalayan Hamlet Was Transformed into a Thriving Art Hub

“We have had a few folks who came with the illusion that they may not be comfortable with a deep conversation with someone of the same gender and left with a very different attitude after enjoying the experience of the same,” she says.

They have their next session planned for Delhi on February 26 at Lodhi Gardens. You can read more about the event on their Facebook page here.