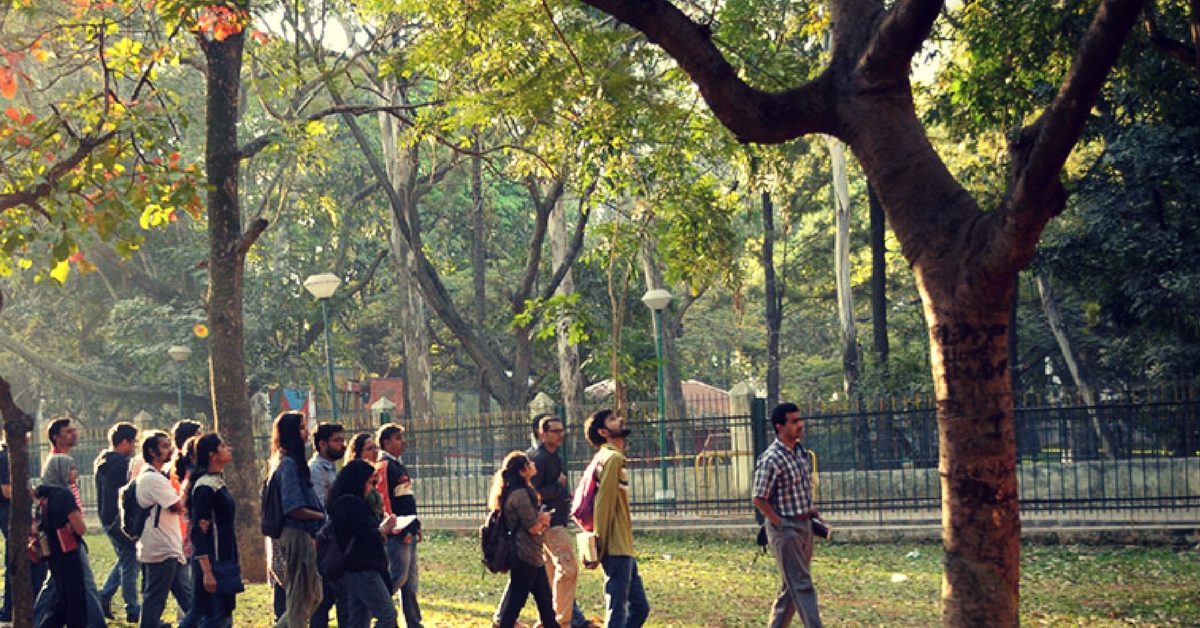 At a time when trees are quickly being replaced by skyscrapers and flyovers in cities across the world, perhaps it is a good idea to take a moment to truly celebrate nature and advocate its importance to the society.

And that’s precisely why in Bengaluru; a group of concerned citizens have come together to honour trees through a unique festival called Neralu. Over the years, thousands of trees have been felled in the city to accommodate urban planning projects.

With the city’s green cover fast eroding; Neralu, in its third edition, aims to provide a gentle nudge to people that trees ought to be protected.

Neralu in Kannada means “shade” and true to its meaning, the festival is a love fest, where the organisers want you to fall in love with the trees that surround you every day.

“When we say that we are a citizen-driven initiative, we mean it. The idea of Neralu came from a general collective idea and there isn’t any concept of hierarchy within those who organise the festival. In fact those who plan it this year may not even be the ones who plan it next year. We are all just anonymous citizens who want to share their love for nature,” says Raji SunderKrishnan, one of the people working towards organizing the festival.

While there is a core team that works for months in advance, there are also 200-odd volunteers who show up to help in varying degrees.

And on February 18 and 19, you can expect a plethora of events for residents of the city. Think nature walks across the city, workshops, art installations, dances and musical performances and more. “Because so much of Indian music and dance involves worship and admiration of trees and nature, we will be highlighting that quite a bit. We will also have storytelling sessions. Indian folktales like Jataka are rich and full of references about respecting trees.”

Just like the whimsical nature of trees itself, the festival boasts a queer blend of science and art. The workshops are both art-based and science-based. You either might end up sketching leaves or learning about them or doing both.

As with the previous editions, organisers are expecting the tree walks to attract the most crowds. “The best thing about Bengaluru is that there are still so many trees around that you don’t have to go to a forest or a park to appreciate them. In fact there could even be a tree walk in an area known for IT companies,” Raji says. Many of the people leading the walks will be scientists, biologists, naturalists or people with deep-seated knowledge of the subject matter.

One other aspect of the festival will be advocating the importance of nature to children in schools.

The team, for years has been sending out kits to schools that include games and some information. Then, they meet with the teachers to give them an understanding on how these kits can be used.

“Through the kits children will be taught to map tree locations around them and do other activities such as measuring the height of trees and more. We also encourage them to give as much output as possible such as art. We then display this during the festival,” Raji explains. The idea is catch them young and get children onto the bandwagon of saving trees in urban areas.

You may also like: 112 Trees in Bengaluru Are in Danger of Being Cut Down – You Can Save Them by Acting Quickly!

Team Neralu knows that it is a predicament to choose between urban development and natural cover but they also know that it is possible for all nature to co-exist peacefully – with a little effort. “A lot of the times when an urban planning initiative is kick-started, trees are cut down because if authorities had to draw a plan that accommodated trees rather than felling them, it might work out to be more expensive. But people don’t realise that by removing trees, they are removing something of great value. And we want to show them that they need to make that extra effort to co-exist.”

Given that the city has seen its temperature soaring in the recent years, in part due to the decrease in greenery, the message of this festival becomes even more urgent. But rather than through advocacy, the team wants to change minds through love.

You may also like: Sapling Emergency? Green Ambulances in Vadodara Provide Immediate Assistance to Save Plants!

“We want everyone to come and we hope they enjoy this festival. And at the end of the day when faced with hard choices, we hope people make the right ones,” Raji adds.

To volunteer or donate to the festival, click here.