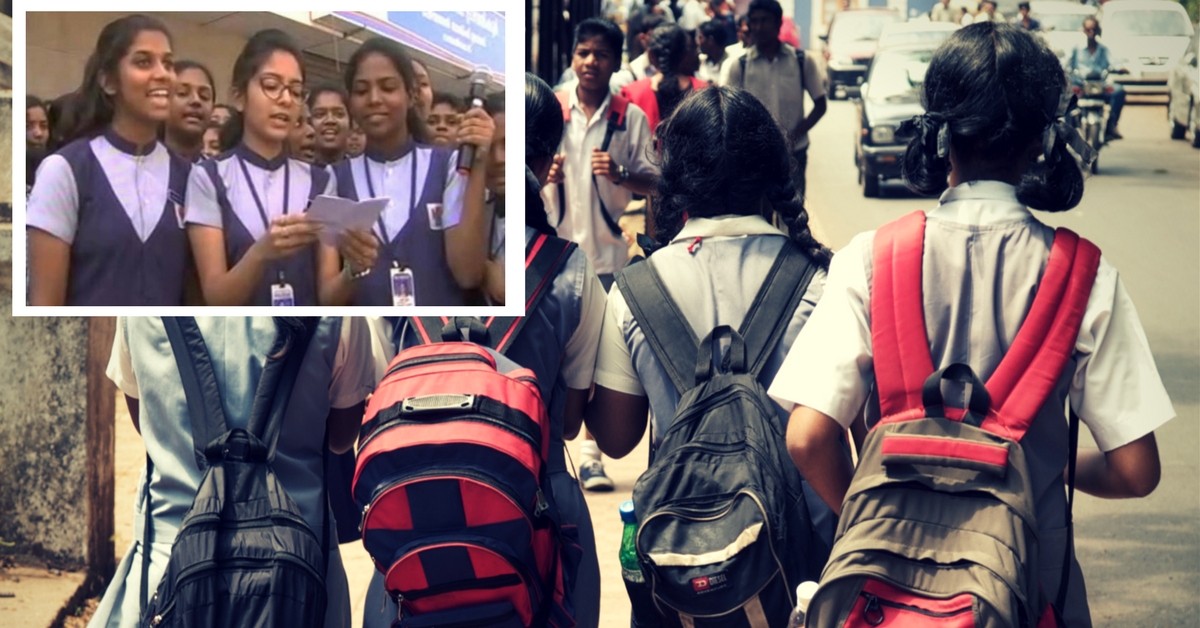 Every day the girls of Holy Angels School in Thiruvananthapuram, Kerala, have to pass a roadside liquor store while going to and fro from classes. It left them feeling vulnerable and unsafe. Wanting to seize their narrative into their own hands, 100 of the students gathered around the liquor store themselves and protested against it.

These girls stood up for their own safety, and their tenacity paid off. The government ceded to their demands and has announced that the liquor store will soon be shut down.

The liquor shop had recently opened only some 50 metres from the school, making it uncomfortable for the young girls who studied there. Together they chanted slogans, demanding their right to safety and also their desire to simply study in peace without worrying about anything else.

An NDTV report caught the girls in action as they set about their mission to shut the shop down. Alshama, one of the students present at the protest, told the news channel, “It is unsafe to open a liquor outlet right next to our school. Moreover, this is a girl’s school. Why should we have to cross a liquor shop when we walk to our school or home? It’s about our safety.”

According to the law, there should be no liquor stores within 150 metres of any school in the country and this shop was in clear violation. Apart from the one present near Holy Angels, according to the report, there are two other shops that flout this law, including one near a nursery.

And now that the state’s Excise Minister TP Ramakrishnan has personally vouched to the young women that he will make sure the store is shut down, the children and their parents can breathe just a bit easier.

The school can be contacted here