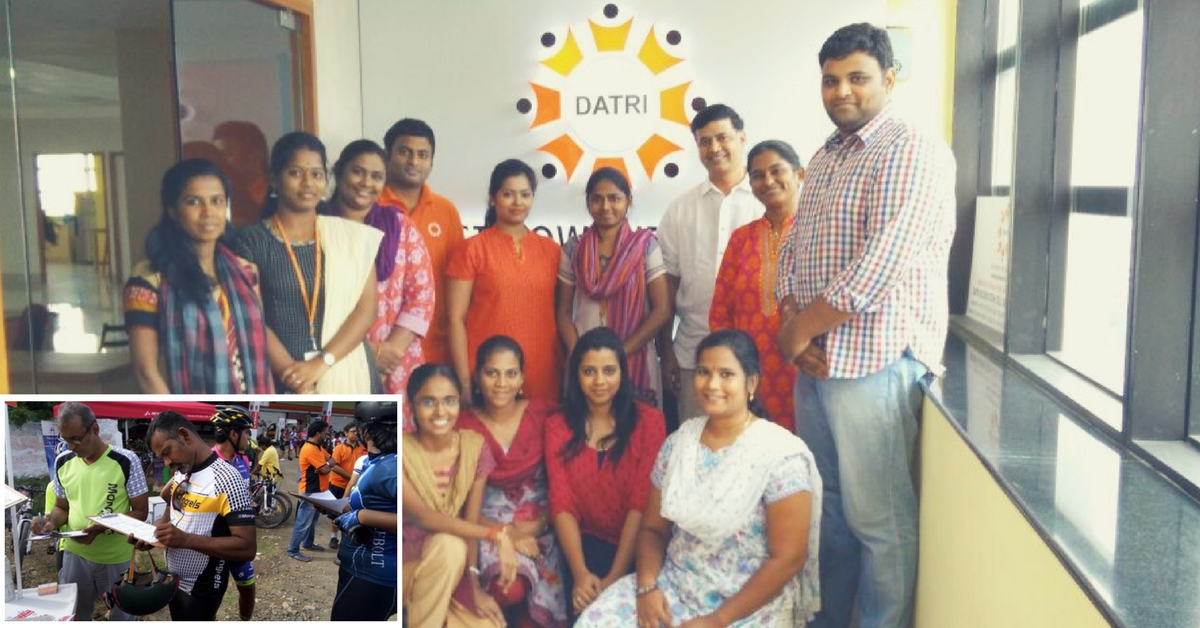 The people behind DATRI want to spread an important message on World Cancer Day: You can save a life.

Founded in 2009, the country’s largest adult unrelated blood stem cell donors’ registry is organising a Walkathon in Chennai on February 5 to raise awareness about how critical it is for the general public to become donors themselves.

The goal is to highlight the fact that anyone between 18 and 50 years of age can become a donor, and the process is largely painless, extremely safe and one walks away having saved a life.

The organisation was started by Raghu Rajagopal, Dr. Nezih Cereb and Dr. Soo Young Yang with a vision that every patient seeking a blood stem cell donor ought to have access to a healthy, willing, genetically matched donor.

Given that it is so hard to get a match even within family, despite having 1,75,000 registered voluntary donors, there are still 1,200 people from across the world who are waiting for a second chance at life. People like Rajee Nedunchezhian, a 33-year-old with blood cancer whose family is desperately looking for a match. Or Prasham, a six-year-old boy with Juvenile myelomonocytic leukemia.

Given that a bone marrow transplant or a blood stem cell donation sounds so complicated on paper, people often think that it is far more dangerous than donating blood. Hinduja Raj, marketing and communications head at DATRI, says that one of the reasons for organising the walkathon is to dispel those myths to the larger public.

“People think about blood stem cell donation in India right now the way they thought about blood donation 20 years ago. In countries like Germany, once a person turns 18, they will go and register themselves to be a donor and even America has one of the largest databases,” he says.

“When someone decides to be a donor, the process is rather simple. At first they have to fill an application indicating intent and giving us details as well.
We never force a donor; everyone has to come to us on a voluntary basis. They also have to sign a consent form after which we do a cheek swab with sterile cotton. That swab is put into an envelope and sent to a lab.”

This is where the lab performs a task called Human leukocyte antigen (HLA) typing, which is a method to find out how closely the tissues of one person match the tissues of another person. The genetic code gets stored in the database and then the waiting game begins on whether it’s a match.

It is admittedly hard for patients to find the right match. Most times when doctors realise that a patient would need a transplant, they first look into the families of the patients. However, the chances of a match are at 25%, post which patients end up approaching registries hoping for a match with one of the donors whose details are saved in the database.

Organisations like DATRI end up getting 40-50 requests from patients every month. Their details are run through the system to check for a match.

But that’s only half the battle.

“Once we find the closest match, then we call in the donor and counsel the person. We also conduct another verification match. The donor can still back out at this point, of course. If they choose to continue, then we do a master-health check-up to ensure the safety of the patient but also the donor. Only after that is a procedure scheduled,” Hinduja says.

There are two types of procedures that donors can opt for, according to Hinduja. “One is a direct harvest from the hip bone. Even though it has been around for four decades now, people now mostly opt for a process called peripheral blood stem cell transplant. It is an outpatient procedure and the donor is fully awake, many times just relaxing and watching television. They get hooked onto an apparatus called Apheresis. Through this tube, blood flows out and the stem cells are taken out and the blood is pumped right back in. After the process, they can go back to their normal lives.”

Normal lives with knowledge that they have just given someone else another chances for theirs.