Actress Taapsee Pannu, a strong advocate for women's rights, pulled out of an event whose sponsor was a fairness cream brand.

When she realised that one of the events she was attending was being sponsored by a fairness brand, she pulled out. 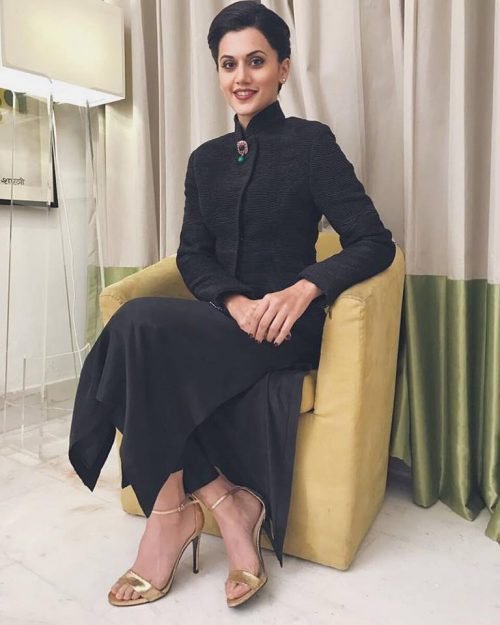 Ironically, the event to be held in Jaipur was actually all about propagating women’s rights. Given that she is a staunch supporter of feminist causes, she was slated to talk during the event. But when she found out about the main sponsors, she realised it would go against her personal values to promote fairness as something that should be aspired towards

Confirming to Hindustan Times about the incident, Taapsee says, “I agree it was a last minute call, but when I found out that I would have to pose at the event with fairness brand in the background, I decided to take my name off the event. I have actually lost quite a few films because of being fair, so I will not propagate fairness in any way.”

Taapsee joins a list of actresses who have taken a stand against fairness products because they promote a harmful image of beauty in a country that’s already far too obsessed with fairness. Kalki Koechelin has noted that while she endorses an anti-ageing product, she has made it clear she won’t be putting her name and face to sell any product that promises to make the user fair.

You may also like: Himachal MP Boldly Speaks out against Fairness Creams and Gets the Nation to Agree

Most famously, one of the most outspoken actresses in Bollywood, Kangana Ranaut, turned down a Rs 2 crore contract offered to her by a fairness cream and has since been a vocal advocate against such products.

This Pink lady certainly has taken a fair stand.