The new Commissioner is known for his “clean” and non-controversial image. Here’s a glimpse of his career.

It has been announced that Amulya Kumar Patnaik has been appointed the Commissioner of Police for Delhi. Patnaik was chosen from a pool of top contenders that included senior IPS officers Dharmendra Kumar and Deepak Mishra. The position became vacant when his predecessor, Alok Kumar Verma, was appointed the new chief of Central Bureau of Investigation.

Here’s what you need to know about the law enforcement official’s illustrious career so far: 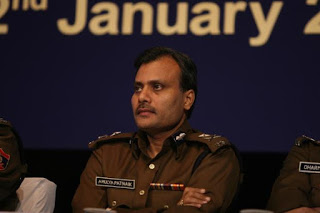 1) Patnaik is an IPS officer of the 1985 batch of Arunachal Pradesh-Goa-Mizoram and Union Territory (AGMUT) cadre. What makes this rather extraordinary is the fact that both Mishra and Kumar, whom Patnaik is said to have pipped for the position, are his seniors.

2) Despite the fact that he a junior to the other shortlisted candidates, it has been reported that he was selected because of his “clean” and non-controversial image.

3) A decorated officer, he has been awarded the Police Medal for meritorious services and is also the recipient of the President’s Police medal for distinguished service.

4) In 2003, when the then Prime Minister Atal Bihari Vajpayee decided to take a train journey (the only lone train journey taken by an active PM in India till date), it was Patnaik who had managed the security for the trip.

5) In 1995, he launched Pratidhi, a Delhi police programme that provides extended counselling and services to victims of traumatic crimes. The scheme was so popular that it still exists today. Apart from this, he has also launched the Anti-Obscene Calls cell and Anti-Stalking Cell to aid women who are harassed.
You may also like: The CBI Has a New Chief and Here’s All You Need to Know about Him!
6) He is also known for his deductive skills. He was able to solve the kidnapping of a school boy in Sarita Vihar by armed gangsters in a record 12 hours. He was also part of the investigations at the Bombay serial blasts case and more.
7) He retires in 2020, and is expected to be the longest-serving commissioner of the Delhi Police.