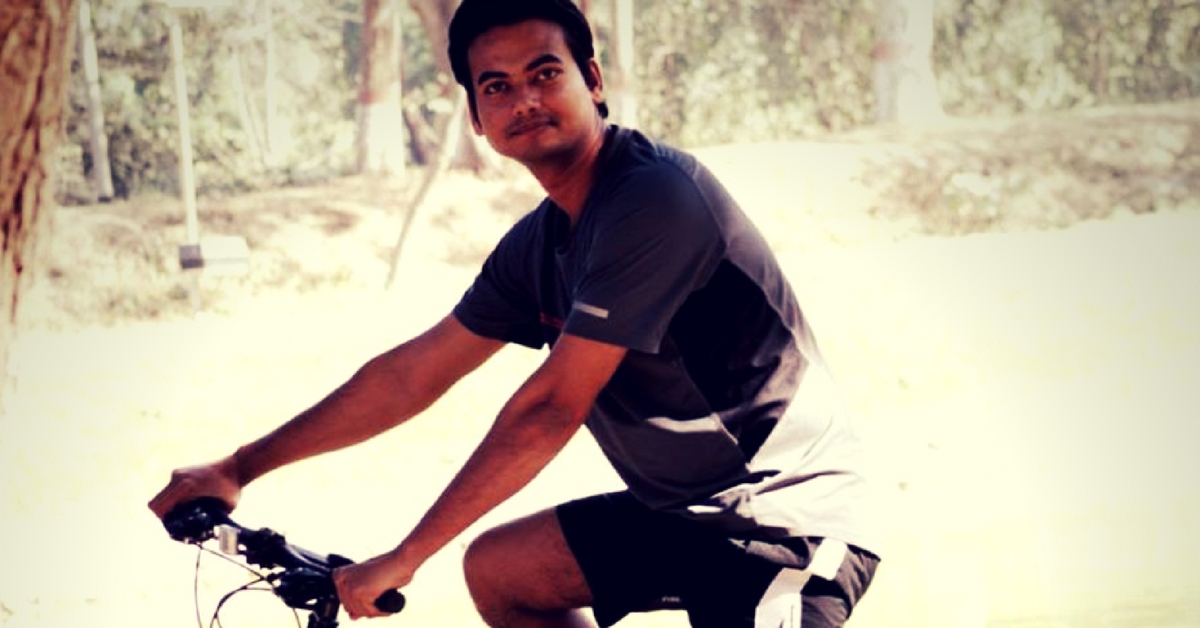 After a horrifying accident in 2010, Arvind Mishra, then a mechanical engineer, was left immobilised for three months. The doctors had predicted partial paralysis. Today, he prepares to embark on a cycling journey covering 10,000 km across India to spread awareness on climate change.

Mishra has a goal: to talk about the importance of sustainable development and living to as many Indians as possible. For a period of six months, he will start from Delhi, go to Kanyakumari and end his journey in Kashmir.

In that period he will also be stopping at 500 universities to give lectures to students.

After his spinal injury in 2010, which left him with degenerated L4 and L5 discs, a damaged thecal sac, it took him four years to get back on the saddle and begin cycling again. It was during his recovery, he became passionate about leading a sustainable life in harmony with nature. Thus the idea of the “Travel and Talk” began.

This initiative will have Arvind kick start an important conversation about how and why it is imperative to reduce individual carbon footprint in order to save the planet. He hopes to reach at least a million citizens in India, so he can change their minds and their lifestyles.

You may also like: Meet the Bangalore Neurosurgeon Who Has Pedaled Hard to Fund 97 Spinal Surgeries till Date

A man who dons multiple hats, Arvind probably wouldn’t tire of talking to people and giving lectures on this subject – after all, he holds a Guinness World Record for giving the longest marathon lecture on Scientific Computations, which lasted 139 hours and 42 minutes.

With that kind of stamina, he is sure to change quite a few minds and hearts during his journey.