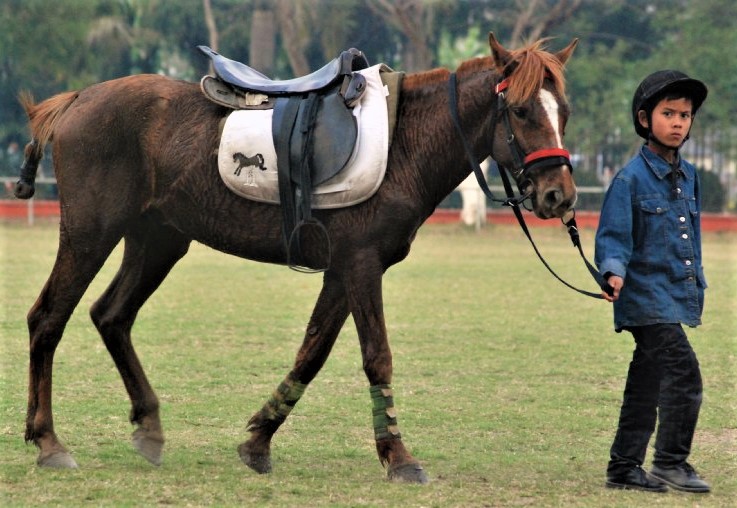 The game of polo is often referred to as the game of kings, combining horsemanship with speed and stamina. Modern polo originated in the small northeast Indian state of Manipur in 3100 BC, where it was played as sagol kangjei (sagol means pony and kangjei is a game of sticks).

Interestingly, the earliest records of a polo match can be found in court chronicles of Manipur that date back to the first century.

In the 19th century, the traditional game attracted the attention of British colonial rulers, who were fascinated by the horsemanship of the riders and the speed and endurance of the ponies. The British officers stationed in the region were the ones who formalised the game and took it with them to other countries. Several polo historians have given credit to Lt Joseph Ford Sherer of the British army’s Sylhet Light Infantry for transforming the traditional sagol kangjei into modern polo sometime around 1859.

In 1864, the Silchar Polo Club raised a team called Band of Brothers that played in Calcutta. The ponies were taken to the big city by boat!

Thanks to a long and colourful history, polo in Manipur is not just a sport, it’s a way of life and an integral part of the state’s culture. A visit to the Marjing temple, perched on a small hill outside Imphal, provides clear evidence of this. It is probably one of the few temples in the world dedicated to horses – the main deity, Iboudhou Marjing, is the God of the horses and he sits on a winged pony, surrounded by smaller marble ponies. Also, Imphal is home to Mapal Kangjeibung, the oldest living polo ground in the world!

However, despite the fact that it is still played in Manipur, the sport has been declining. The reason for this is the decline in the numbers of the state’s rare breed of polo ponies. Considered to be descendants of Asian wild horses, Manipuri ponies have been recognised as one of the five indigenous horse breeds of India (that include the Marwari, the Kathiawari, the Zanskari and the Spiti). Smaller than other breeds, Manipuri ponies are well loved for their stamina, speed and ability to survive in harsh weather conditions.

Until a few decades ago, thousands of ponies roamed around the region. The Meitis, one of the major communities in the region, excelled in horsemanship and were even able to tame them. Today, however, the population of Manipur ponies is rapidly dwindling.

According to the Livestock Census of 2003, there were 1,898 Manipur ponies in the state but as of 2012, the total number had declined to 1,101. In 2013, the Manipur state government officially declared the ponies as an endangered breed. Among the key reasons for this decline were loss of grazing land, urbanisation and encroachment of wetlands that formed the natural habitat of this species.

In 1977, the Manipur Horse Riding and Polo Association (MHRPA) was set up to revive polo so as to aid the pony’s survival. It started by organising state-level matches along with a census of the ponies. In 1991, the first international polo tournament was organised in which four international teams participated.

After more than a decade trying to streamline the process, the tournament recently became an annual sporting event for international polo teams.

Since 2013, members of the United States Polo Association, UK’s Hurlingham Polo Association and several other international associations have been coming to compete at Manipur’s tournament, with both men’s and women’s teams participating.

What makes this tournament a challenge and equally exciting for many is that all the players have to ride a Manipuri pony. None of the visitors are used to playing on these ponies, which are only about 4-feet tall (from shoulder to hoof), but they love the novel experience of it.

“Polo players from all over the world dream of playing here on the original pony, which is the Manipuri pony. For them, coming to Manipur is like a pilgrimage!” says the secretary of MHRPA, adding that all visiting teams are admittedly amazed by the enthusiastic response of the local public to the sport and the tournament.

Also, on the last day, the players from different countries dress up in traditional attire – short kurta, dhoti and a turban – for an exhibition match of traditional Manipuri polo or sagol kangjei. The traditional polo is a slightly more complicated game, and a delight to watch.

The players ride the ponies barefooted without modern leather saddles or reins. There are no goal posts; a player scores simply by hitting the ball out of either ends of the field. Each side has seven players, as opposed to four in the international version. When a ball is thrown by the referee, one can catch it and ride to the other side. Interestingly, no left-handed player is allowed to play the game for safety reasons as the rules are formed around right-handed players!

Polo player Ajit Singh finds sagol kangjhei far more demanding than modern polo, as the players and their ponies both endure the ultimate test of courage, skill and perseverance. Basanta Singh, captain of one of the Manipuri teams, adds that the pace and the skills needed to play sagol kangjei are also different from modern polo as the Manipuri players still use the traditional polo ball made of well-seasoned bamboo root and a four-and-a-half-foot-long polo stick made of seasoned cane.

They are right, for without a massive effort, these unique ponies could trot into extinction.

To their credit, in November 2016, Manipur’s state government announced plans for creating a sanctuary for the remaining ponies to help preserve the breed. A pony research and development centre, including a breeding unit, has also been set up to save the unique breed from extinction.

The central government too has stepped in, providing grants to the Manipur Horse Riding and Polo Association, which, in collaboration with the National Research Centre on Equines, Hissar (Haryana), is now working towards scientifically breeding the Manipuri pony. The Indian Army has also been helping the association in keeping sagol kangjei alive, by training young players and giving them an opportunity to play in events organised within and outside the state.

Meanwhile, at Lamphelpat (a grassland outside Imphal where the ponies graze), a polo player fondly watches a foal ambling down a dirt track. When he calls out, the little pony canters up excitedly in response. The polo player holds out two sugared loaves, which the little pony demolishes before rejoining his brother, a magnificent older chestnut. It’s a heart-warming scene that reveals much about the close relationship most Manipuris share with these hardy ponies who have co-existed with them since time immemorial.