Meet Surya Sen Singh, a 31-year-old Mumbai resident who is working day and night to fulfil his duties towards his roots – his village in Uttar Pradesh. His mission? To make sure every child in rural UP gets the chance he/she deserves.

Meet Surya Sen Singh, a 31-year-old Mumbai resident who is working day and night to fulfil his duties towards his roots – his village in Uttar Pradesh. His mission? To make sure every child in rural UP gets the chance he/she deserves.

“Further education? I don’t think that will be possible for any of my grandchildren. They will also have to start working in the farms or take up daily-wage jobs. I started working at a young age. I didn’t get a chance to study after class 5 because of the financial condition of my family. It might be the same situation for them too,” says Rambali, a resident of rural Uttar Pradesh.

It has been 10 years since Rambali retired as a security guard. He now works as a labourer in a farm. With five sons and several grandchildren, it is extremely difficult for him to manage the family’s finances. Amidst the daily struggle of ensuring three meals each day, education has taken a backseat in the family for many generations now.

The sad reality is that Rambali’s is hardly the only family in the region that had to give up on quality education due to various reasons – sometimes because of poverty and sometimes due to the lack of required infrastructure. 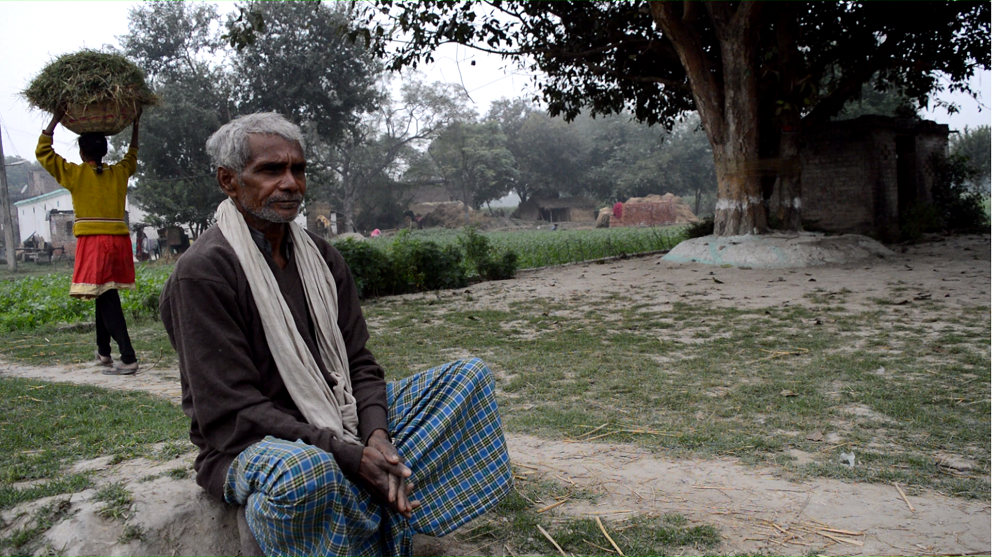 For 31-year-old Surya Sen Singh, this was a crisis way too close to home and not one to be ignored. In fact, it is still the reality of his birthplace – Kansaharia, a village located about 100 km away from Varanasi, Uttar Pradesh. Being one of the lucky kids in the village who could move to Lucknow for higher studies after Class 10, Surya went on to become an engineer and is currently working in Mumbai. But the boy who left still has his heart in the village. Whatever he did in life, Surya always knew that giving back to his community and its children is his duty. And he has been trying to fulfil it for over a year now.

You may also like: Transforming Education in Rural Bihar Using Animated Videos

In April 2015, Surya founded a school named Ajivam in Ghazipur district of Uttar Pradesh for children from nearby villages to obtain education. “There are other schools in Ghazipur too, but I wanted to start something that would encourage children from the villages to come out and study,” he says. With classes from lower kindergarten to Class 5, the school follows the Central Board of Secondary Education (CBSE) curriculum and runs with permission from district-level authorities. The school will also receive CBSE affiliation once it starts teaching students up to Class 8.

Around 30-35% of students in the school come from underprivileged backgrounds and the monthly fees vary between Rs 200 and Rs 500, based on the financial situation of the children. Surya’s elder brother and father live in the village and oversee the school’s daily operations. Surya is in Mumbai and he calls the school once every week to speak to the teachers. While the school had 49 students in the first year, it has now grown to 160 students and nine teachers.

“Once, a man had come to the school for his daughter’s admission. He was very nervous. After all the formalities were completed and we asked him to send his daughter from the next day, he had tears in his eyes. She was the first person from his family who was going to school. I was extremely moved by his emotion. It is things like these that drive me forward and encourage me to work harder,” says Surya.

As the school grows, Surya is now working on opening a public library in Ghazipur. With this library, he wants to serve local communities by providing free and easy access to a broad range of knowledge resources, information and training. He also wants to promote the idea of higher education of girls and self-dependence through better employment for the villagers.

Interested in supporting Surya? Here’s the link to his crowdfunding campaign!‘

You can also contribute books and computers by clicking here.

There were three major issues that Surya felt were prevalent in his village, which motivated him to work towards the construction of a library:

1. Plight of female education in the region: “After a certain point, many girls in these villages are pulled out of schools and not allowed to pursue further studies. I have seen this with my sisters and close family members as well, and that made me think about creating resources for girls to gain knowledge,” he says. With three sisters, Surya feels that the presence of equal opportunities has helped them become independent. After he left for Lucknow, his family also felt the need to give their daughters equal opportunities for higher studies. One of his sisters currently works as a software engineer in a robotics company. “It takes a lot for girls here to push and come out to pursue a career. Boys are always the priority. Growing up, I used to feel everything was okay until that one moment when I realised that so many boys are going out, studying, making their choices – but not girls. That moment changed everything. I knew that all they needed were equal opportunities like the boys had.”

“I come from a place where most people are daily-wage earners. They don’t have access to any kind of knowledge resources, and even if they send their children to school it becomes very difficult for them to finish the entire course. So the idea was to provide them with all the resources they need, in terms of books and computers, etc., at one place,” Surya adds.

3. To increase employability among young people: The students who finish schools in these villages and start competing for higher education or employment, have no way to pursue the required knowledge. Surya says, “For example, when I was studying, only 2-3 students from my batch could make it and are well-settled now. Most are still in the villages, working as farmers or daily wage labourers. All of them had good knowledge of different subjects. There was no problem with their understanding, but it was the lack of resources that restricted them.” The library will provide latest information on employment opportunities based on a student’s education and preferences and will help with necessary study materials and training sessions.

You may also like: Just for Kicks Levels the Playing Field by Giving Underprivileged Kids a Chance to Shine

While Surya started the school using his own money, he is now raising funds to equip the library with the required resources. You can donate to help him here. “I feel that I am in a position where I can give back to society, and that can have a lot of impact. Thanks to my education, I can do certain things today and I don’t want to waste this time and the money that I own. I want to influence and lead as many people as I can to make sure that they are getting the resources they need to achieve best education. The kids in these villages should get the same opportunities that I received from my parents,” he concludes.

Interested in supporting Surya? Here’s the link to his crowdfunding campaign!‘

You can also contribute books and computers by clicking here.