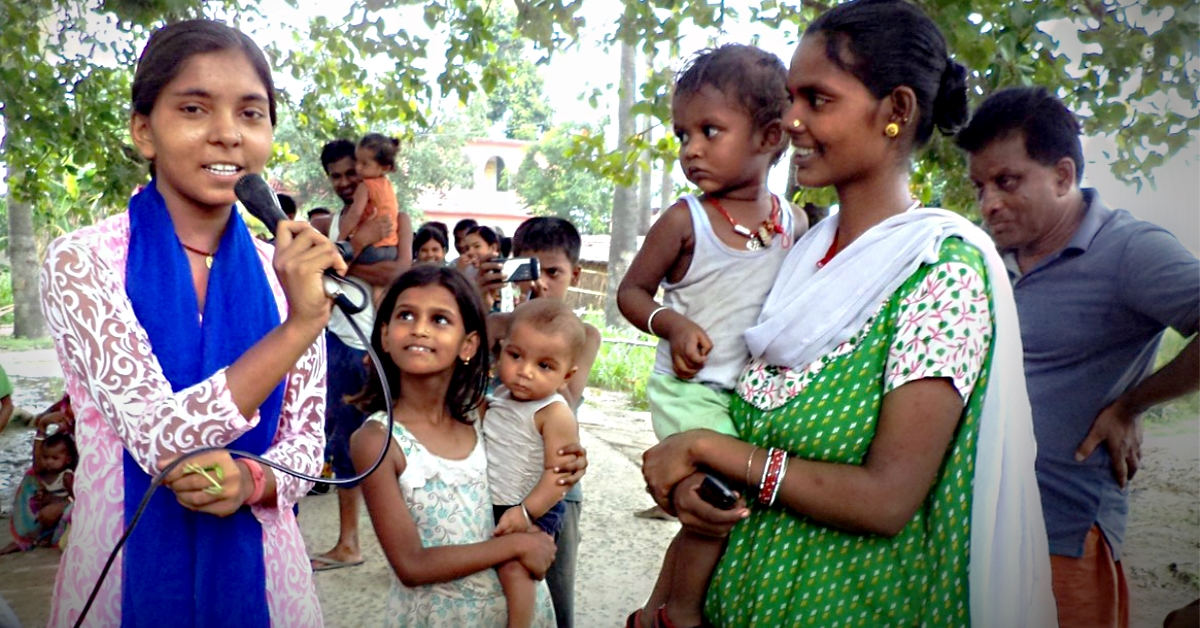 At 17, Nisha has become the face of a revolution by taking a difficult, even dangerous, stand against child marriage in her community. Here’s how it happened.

Nisha remembers her childhood as being happy and filled with little adventures. She was quick to get in trouble with her antics, and even quicker to get out of it with her impish smile.

Ever the explorer, her curiosity led her to the Plan India and Integrated Development Foundation (IDF) team soon after they began work in her village in Bihar. She was six years old at the time, and most intrigued by their child-centred community development programmes.

Wide-eyed, she watched how the team set about their work, and followed suit, fast becoming their youngest, fondest, and most effective community representative.

When a children’s club was formed in her community, Nisha was among the first to join. She took naturally to the subject of children’s rights, and got about to spreading the word during and after school.

When she was about 14 years old, however, her pursuit truly came to a head.

A girl approached her at school in tears. She was betrothed to an older man, and had to abandon her education and hopes for a future.

Nisha sprang into action. She contacted Plan India and members of their children and youth groups. Together, they made their way to the girl’s home. Despite numerous efforts to reason with her parents, Nisha met only harsh dismissal. “We decide what’s best for our daughter, and we will not abide by any interference, especially from you,” they said, before slamming the door shut.

Resolute, Nisha remained in place – for days – until word of her stand travelled to local police and news agencies, who promptly arrived on the scene. Due to her persistence, the wedding was finally called off. The girl stayed in school, and her parents were provided counselling.

By then, Nisha’s own parents began to fear for her safety. They were murmurs in the community that she had crossed a final line by opposing tradition so defiantly. “We even contemplated sending her far away, to her grandmother, to ensure she was safe,” they recall.

Nisha stayed put however, going door-to-door and organising countless advocacy activities with children who were married early, their parents, parents who intended to have their children married – anyone who would listen. All of this led to her gathering the entire community at a Panchayat meeting, along with the village elders.

There, she addressed a captive crowd, and demanded their support so that children’s futures would no longer be at risk. She outlined development milestones every child needs to achieve, their inalienable rights, and sheer potential to change their village and, indeed, the world. This was nine months ago.

Since then, 600 people in her village have already signed a binding oath to uphold the rights of children. In addition, Nisha was also able to pass a resolution, supported by the Panchayat, to prevent violence against girls, secure their admission in nearby government schools, and end child marriage in their community once and for all.

When she’s not studying for her Class XII board exams, Nisha conducts rights-based training in colleges and other villages. She wants to encourage people to join the movement for children’s rights.

“When communities come together, children blossom. It is up to us to chart our future and that of the coming generations. When I grow up, I will do my part as a lawyer to fight for what is right,” she says. This National Girl Child Day,  join Plan India in supporting powerful girls like Nisha in their movement to ensure a safer, healthier, and happier tomorrow, for everyone.