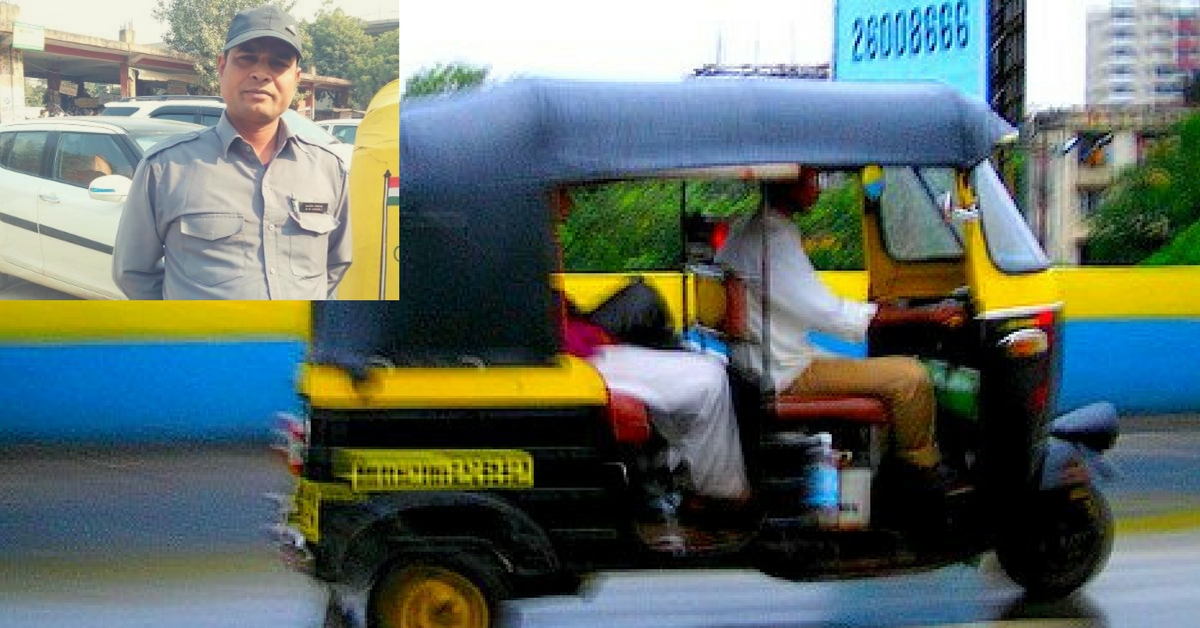 Sachin Sharma is an auto driver with a unique  proposition for his passengers – if they can promise to do one selfless act and keep the country clean, he offers them a free ride. Since January 1st, he has been ferrying passengers for free between 12 a.m. and 4 a.m. as long as they pledge to support his message.

With Sachin, it doesn’t end with  free rides. Taking cues from the Swachcha Bharat campaign, he has fitted a trash bin to the back of his auto and encourages customers to use it. He also advocates the importance of respecting women.

Sachin’s work has him shuffling between Delhi and Noida. day in and day out, he watched his own customers be callous about their surroundings. Speaking to the Times of India, he says, “I started plying an auto in the city around four-five years back. I bought a new auto with NCR permit in December 2015. Throughout the year I was ferrying passengers, I noticed that many drivers and passengers eat gutkha, groundnuts, etc. and throw the waste inside the auto or on the road. I felt that this is wrong and should be changed. I wanted to give a message to fellow drivers and commuters that we need to change this attitude.”

You may also like: This Hilarious Video Goes from a Couple’s Tense Break-Up Scene to a Swachch Bharat Message

His auto has stickers that beseech customers to respect women, save the girl child and keep the city clean. Complying with the rules set by the city of Delhi, he keeps his dustbin inside his vehicle when he enters the region and when he comes to Noida, he immediately moves it to the back so his initiative is visible to the rest of the world as inspiration. His is a message that has officials singing his praises. After hearing about his efforts at a seminar organised by the state department, officials have decided to reward him at a function on January 26th.

But to truly reward Sachin would be to honour his request in keeping your surroundings clean.