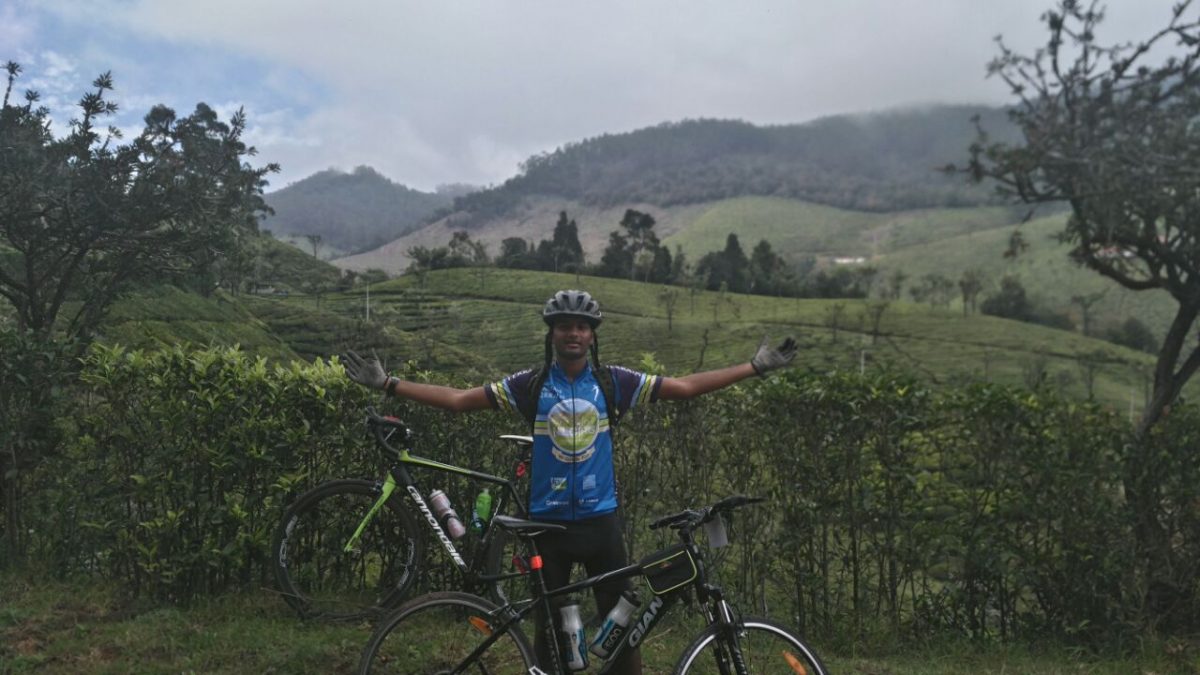 The Tour de France needs little introduction, and is the most iconic endurance cycling event in the world. Almost a decade old, the Tour of Nilgiris is India’s very own endurance cycling event, covering almost 900 km. in a week. This year saw the event’s youngest participant complete it successfully. Vidhi Bubna from Caleidoscope finds out more.

Few people embody the spirit of endurance more than 19-year-old Siddharth Varma who participated in the Tour of Nilgiris endurance cycling challenge.

The Tour De France is the oldest and most prestigious endurance cycling event in the world, which includes cycling around France and other European countries. Now, India also has its version of endurance cycling, named the ‘Tour of Nilgiris’ (TFN), which takes place every year in December.

TFN is the only multi-day endurance cycling challenge in India, and it has become popular over the past few years. Although the event organizers, Ride-A-Cycle Foundation, receive numerous applications, they restrict the number of participants to 110 every year. These participants belong to all age groups, right from young Siddharth Varma (who is 19 years old) to 71-year-old Russell Bell, the oldest participant. TFN participants are closely connected to each other since they believe in the common goal of completing the tour and testing the limits of their endurance.

The TFN tour can be really tough on the participants, who have to cycle about 160 km. every day. The youngest participant, Siddharth Varma, said “TFN was my 19th birthday gift, and it has been the best gift of my life so far. My father introduced me to the tour. Now that I have completed it, I feel a huge sense of accomplishment as the path wasn’t easy. It tested my mental strength to a large extent.”

Siddharth is a student at Ashoka University in Delhi who intends to major in Psychology. He is interested in adventure sports and martial arts. He heads his own mixed martial arts club at the university, where he teaches other students and prepares them for survival skills. According to him, sports teaches us a lot about life, and we just need to take back all we can get from it. A resident of Gurgaon, he cycles around the city to pursue his passion of cycling.

To keep himself fit, he does not consume alcohol or smoke.

Siddharth commonly uses the name “Deadpool” as he feels that people find it amusing. Deadpool is also a Marvel superhero and Siddharth identifies with the fictional character as he thinks it is superhero-like to have completed the TFN challenge. He believes that it is important to feel “included” in the group during such events, since people always encourage you to complete the challenge. Companions form an important part of the TFN experience, as you end up meeting many people who inspire you.

It was relatively easy for Siddharth to prepare for the challenge, though he had never participated in a cycling event before. Being a resident of a busy city like Gurgaon, he had limited space for cycling, and yet he chose to cycle on the city streets to practice for TFN. He started preparing for the tour about two months before the event, and he cycled about 70-160 km. every weekend to increase his stamina. He however believes that his practice paled in comparison to other participants at the event.

The hardest part of the TFN for Siddharth was the ‘Killer Kalhatti’ section, an 8 km. uphill ride on a steep slope in the hills of Nilgiris. It was so difficult that Siddharth ended up hurling insults at the mountain, and he felt like he was going crazy. Siddharth’s frustration at the difficulty gave him the willpower he needed to overcome the section. He reminisces, “No part of the TFN is easy. Even the downhill ride tests the patience of a cyclist as if you go too fast, you could end up injuring yourself.”

This year’s route began from Bengaluru, and passed through Mysore, Kalpetta, Ooty, Palakkad, and Valparai to reach Pollachi at the end.

The cycling path passes through very scenic hills and valleys, and the beautiful views inspire the cyclists to keep climbing the mountain.

The TFN does sound crazy and unsafe, but Ride-A-Cycle Foundation ensures that the route is safe. There are motorbikes patrolling through the route to ensure that no one is left behind, and an ambulance follows the cyclists for emergency situations. There are support stations installed for the cyclists throughout the way where they are supplied with water and food. The path is also well-marked, with sign posts guiding the cyclists in the direction they need to take.

Siddharth found the experience of TFN very fulfilling. “TFN helped me calm my body and mind. It taught me patience and endurance. I learnt to interact with different people and I made new friends. The main thing that I learnt was to never give up, specially when you are very close to success,” he comments.

Siddharth encourages youngsters to go outdoors and exercise for a while. He believes that it gives peace to the body and the mind. For all those unsure of cycling 160 km. every day and taking up the TFN challenge, we can take inspiration from people like Siddharth, who accomplished this challenge at such a young age.

(The author is a young writer who writes regularly on culture, art, lifestyle, and offbeat travel topics for cultural magazine Caleidoscope.)

If you are a cycling enthusiast, and enjoy the challenge of cycling up to 160 km. a day, register for TFN now.