We Asked Our Readers about the Kindest Acts They Witnessed in 2016. Two Stories Touched Our Hearts.

Here are two accounts that left us smiling for days. I was travelling while being unwell and started vomiting and suffering from loose bowels in the middle of my journey. It was extremely hot but one family that was also travelling with me offered to help. Since their destination was the next stop, they called their son (who was coming to pick them up at the station) and asked him to speak to their family doctor about my condition. Once we reached the station, their son brought me medicines, energy drinks, boiled water, fruits and light khichdi.

I thanked them profusely and offered to pay but they would hear none of it. They told me it was the least they could do.  Today, I help anyone who needs it. 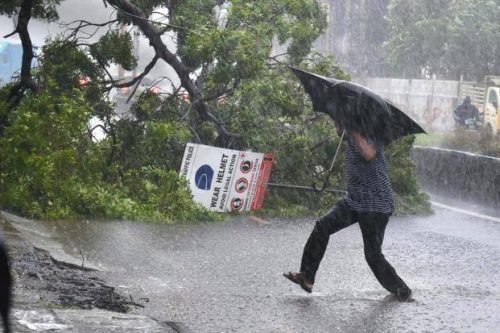 Cyclone Vardah had created havoc in Chennai and we were one of those affected. A huge beautiful May flower tree (Gulmohar) which had kept us cool for 12 years, broke finally and fell on the terrace with a terrible noise. When we managed to go out, we saw the skeleton of the tree standing tall, shorn of every single branch and leaf. When went to our terrace, we were shocked  to see the whole place covered with huge branches. Being senior citizens, we were at a loss to know how to deal with clearing it all.

Next morning three of our neighbours walked in and without us even asking for help, went upstairs and started chopping and clearing the heavy branches. Their wives came and helped in sweeping and clearing.

We were at a loss for words. Later, we found no damage to walls or terrace, which in itself is a miracle. Our neighbours had a boundary wall collapse and a few small trees up rooted. They set that aside and came on their own to help two old people. We are ever grateful to them for their selfless service given from the goodness of their heart.

Have any stories to share? Let us know. We love hearing from you!

(The entries have been edited for length and clarity).