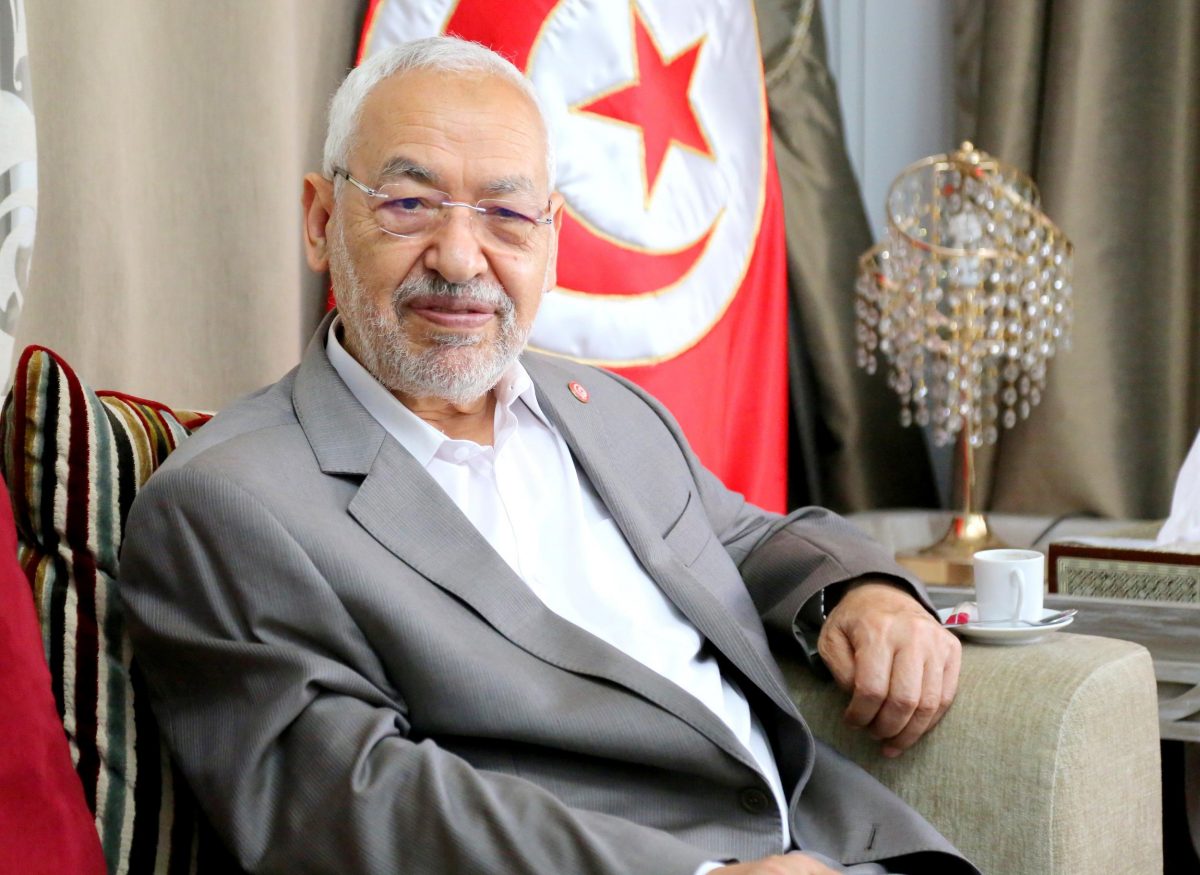 The Jasmine Revolution in Tunisia, and the subsequent Arab Spring, shook the foundations of power in the Arab world. Through it all, one man helped guide Tunisia successfully to true democracy, and inspired leaders all over the world – Sheikh Rached Ghannouchi.

Born June 22, 1941, Sheikh Rached Ghannouchi is the President of the Ennahdha Party, the largest political party in Tunisia. His perseverance and ability to engage with the viewpoints of other party groups in Tunisia has guided his party in adopting a modern, forward-looking Constitution and ensuring a peaceful transition of power, leading to the establishment of a durable democracy in Tunisia.

Sheikh Ghannouchi was born in a modest farmer’s family in Gabes in Southeastern Tunisia. He completed his early education in his village, after which he studied an Islamic curriculum in Gabes and Tunis in the Zitouna College and University. Sheikh Ghannouchi later went to Egypt, Syria, and France for further studies.

In the late 1970s, Sheikh Ghannouchi focused on politics as nationwide discontent against the increasingly authoritarian regime was growing in Tunisia. In June 1981, he formed the Islamic Tendency Movement, known in Tunisia by its French acronym MTI.

The organisation aimed to reform Islam and revive Tunisian society in the intellectual, social, political, cultural, and educational spheres.

From the beginning of Sheikh Ghannouchi’s political career, he had a very progressive approach to women’s participation in public life. Commitment to women’s rights was included in the Founding Declaration of the MTI issued in June 1981. In 1988, in response to changes in laws in Tunisia which allowed the creation of a multi-party system, the movement changed its name from the MTI to Ennahdha (Renaissance) party. Sheikh Ghannouchi sought exile in London in 1989 when all the seats were awarded to the ruling party and the regime launched a crackdown on its opponents.

After long years of political repression and corruption, the Revolution of January 2011 took place. Sheikh Ghannouchi returned to Tunisia from London and led the Ennahdha Party campaign for the October 2011 elections in which Ennahdha won 41 % of the seats in the National Constituent Assembly (NCA) and formed a Government in coalition with two secular parties. As the party President, he nominated large numbers of women candidates during the 2011 elections and subsequently to Government. With 42 out of Ennahdha’s 89 members in the NCA as women, the party had the largest number of female Parliamentarians in the Assembly.

The Ennahdha Party also ensured that Tunisian youth are represented by politicians who can understand them.

Through the challenging two years of Constitution-drafting that followed, Sheikh Rached Ghannouchi showed sagacity, patience, and broad-mindedness, combined with courageous and empathetic leadership skills. He worked tirelessly to reduce the mutual suspicion and acrimony between secularists and Islamists in matters connected to the Constitution, other laws, and social morals, including consistently emphasizing respect for different ways of life and the duty of the State to respect all citizens and their private choices.

Sheikh Ghannouchi played a central role in ensuring that a moderate position based on equality and liberty prevailed for all. Thus, unconditional gender equality was enshrined in the Constitution, as was freedom of conscience. Takfirism is a practice whereby Islamic radicals declare a fellow-Muslim as a non-believer and thereby render it legitimate for him to be killed per their own perverse logic. Sheikh Ghannouchi declared the practice of Takfirism to be un-Islamic and agreed to insert a provision outlawing it in the Constitution. The Constitution also contains guarantees for social, economic, cultural, and environmental rights. Tunisia has, thus, adopted what is considered to be among the most forward-looking and progressive Constitutions of the world. Sheikh Ghannouchi’s leadership was crucial in explaining to the people of Tunisia that democracy did not mean merely a brute majoritarianism.

He pioneered a consensus-based approach to democratization.

Sheikh Ghannouchi was the only leader who achieved two different critically important “bridging tasks”. The first was to imagine and argue for bridges connecting the most important values of contemporary democracy and of Islam – a work of deep and innovative scholarship and constant public advocacy. The second bridging task was to build political agreements between moderate secularists and moderate Islamists, whose eventual cooperation was indispensable in crafting the peaceful democratic elections and the most consensual rights-defending Constitution ever written in the Arab world.

Sheikh Ghannouchi encouraged his party and the ruling coalition to hand over power to a neutral technocratic government in January 2014, to facilitate organization of the next elections. Sheikh Ghannouchi insisted on this, as he deemed the Constitution’s adoption and a smooth transition to be of paramount importance. This ensured the adoption of the Constitution by an overwhelming 94 % of the democratically-elected Constituent Assembly on 27 January, 2014, a historic moment for post-Revolution Tunisia.

Sheikh Rached Ghannouchi’s efforts have ensured an atmosphere of tolerance and respect, including respect for and accommodation of minority views.

This has prevented majoritarian rule and demonstrated a deep understanding of democracy.

Four years after the start of the Arab Spring, the vast majority of Tunisians feel proud of this new political reality. It is due to the strategic decisions made by the Ennahdha leadership that Tunisia has managed to preserve the achievements of the 2011 revolution and remain an island of democracy in a sea of autocratic regimes in the Arab world. Tunisia is the only Arab country to have made such a peaceful democratic transition. Thus, Tunisians of all political and ideological persuasions now live at peace and advance to mutual understanding.

Thus, Sheikh Rached Ghannouchi has produced a political transformation in Tunisia by guiding it through a difficult time of transition – from an unstable, polarized, and acrimonious context towards a durable democracy – by using Gandhian methods of tolerance and empathy to other’s views, forgiveness to acts of transgression, and being flexible in negotiations. He has repeatedly displayed a generous spirit of accommodation in the larger interests of the nation, and emerged from great oppression to become a champion of broad-mindedness and democracy.

Recently, on 7th November, 2016, Sheikh Rached Ghannouchi was honoured with the Jamnalal Bajaj Award, in the category of International Award for Promoting Gandhian Values Outside India.