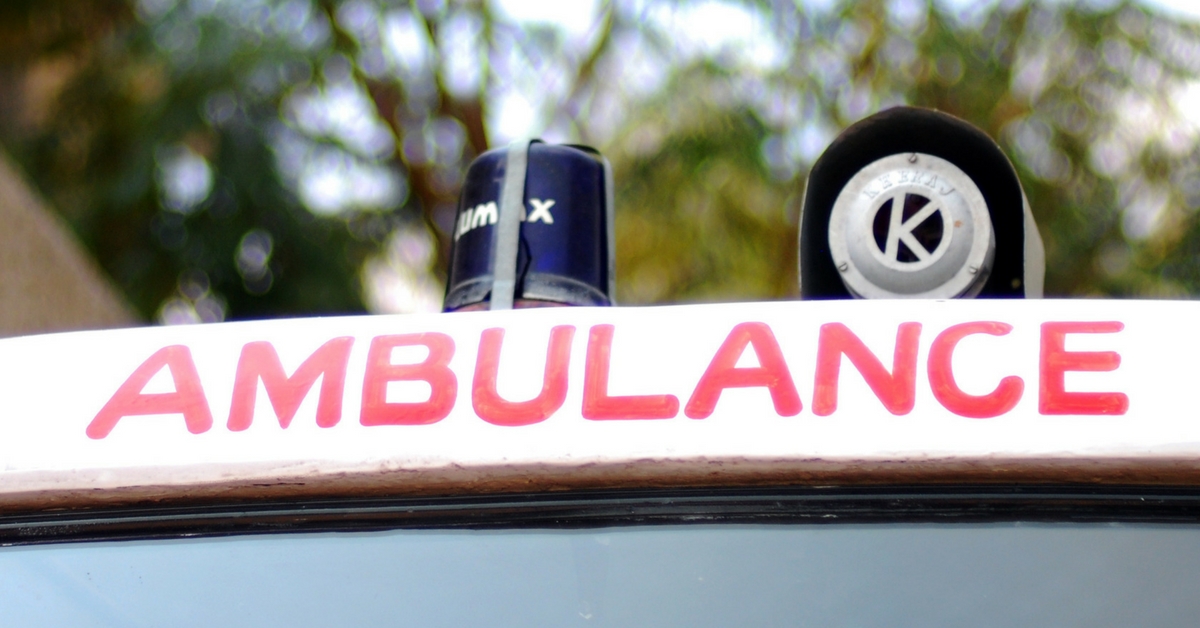 Having an emergency at home and trying to arrange transport to the hospital in that mental state can be horrifying. Two former Google employees have decided to make that mental stress a thing of the past with their new offering – Ambee.

Jaimon Jose was the Site Lead for Google Maps Operations in Hyderabad when one of his colleagues had an accident at his home. Though his house was a mere 10 minutes from some of the biggest hospitals in Hyderabad, he passed away without being treated at all, because the ambulance didn’t arrive in time. This tragic incident got Jaimon thinking about how issues like this could be avoided in similar situations.

Co-Founder Rohit Kumar came face-to-face with a similar situation when he returned from Google Dublin to be with his terminally ill mother in Hyderabad. During the course of her illness, often he found it difficult to find an ambulance to take her to the hospital. Even in the last few minutes of her life, Rohit could not be with her as he was constantly trying to call up ambulance services.

Despite all the changes and transformations in their respective lives, the two colleagues had kept in touch, and Rohit eagerly followed Jaimon’s progress on Ambee.

When another similar situation occurred at home – where Rohit’s father fell unconscious and the emergency services could not find an ambulance for 20 minutes – Rohit had had enough.

“That was the moment of epiphany for me. I could have gone on working for the Googles and Apples of the world, or having gone through so much, tried to fix this problem…so I joined Jaimon,” says Rohit.

During the product’s background research, they found out that there are more ambulances than needed in any big city in India. But they are all fragmented between several hospitals and ambulance fleet owners, each with their own contact numbers. Getting an ambulance today involves having to call and check availability with each of them individually. The problems don’t end there. There’s no visibility of whether an ambulance is available in the same neighbourhood or across the city, as no technology is used in tracking them. It could take 40-60 minutes before an ambulance arrives. Ironically, in most cities, a cab arrives in less than 10 minutes.

Driven by this poor plight, Ambee is a part of the NASSCOM 10,000 Start-Ups Warehouse Program. It has so far raised US$200,000 through angel funding. After going live with one hospital in Hyderabad, the team made changes to the product based on the feedback they got from their users.

They plan to go live for customers in December 2016.

The business model for the company is a completely transparent process and complies with the standard pricing system in the market. The rides will be priced on a per kilometre basis and Ambee will take a commission on the fare. This will make a win-win situation for both consumers and service providers.

Ambee is building a network of existing ambulances in the market. They have a call centre for customers to get in touch with them, and will have a user app shortly.  Their foundation technology is a mobile app that keeps track of the vehicles and their locations. It will also help the customers track their ambulance and know exactly where the vehicle has reached.

“Our goal is to provide various methods of accessing this network,” Rohit explains.

The response so far with hospitals has been phenomenal. Till date, Ambee has completed 500+ live rides in Hyderabad city, with an average fulfillment time of 20 minutes. Several leading hospitals in Hyderabad, private ambulance owners, and a large chain of hospitals in Bangalore are on board on Ambee’s network. Talks are on with several other hospitals. Ambee has pulled together a stellar team to accomplish this mission. It includes Atha Khan – an engineer and ISB alumnus – from the team that designed rocket nozzles for India’s Mars Mission. The team also has people with experience from EMRI 108, Taxi For Sure, and reputed hospitals.

Along with helping customers, Ambee also informs ambulance drivers, owners, and hospitals so that they can easily reach customers. Syed Imtiaz, one of the drivers, says Ambee has helped him with managing his trips. “There were a lot of problems earlier. Now we can see the location, contact details, and the distance,” he says, highlighting the app’s usefulness during emergencies.

Dr. Nageshwar K., COO, Omni Hospitals, Hyderabad, says that they have been using the app for several weeks now. He adds,

“Ambulances from good multi-specialty hospitals like ours are not part of a common pool or network. That makes it difficult for users to reach out to us when in need. Ambee is addressing this problem by making our ambulances easily accessible to users on their mobiles. I do believe that if Ambee successfully partners with more service providers, emergency response management in India will change significantly.”

Everyone dreads not being able to reach the hospital on time in an emergency. Ambee will help people avert a personal tragedy and get urgent medical attention to their loved ones.

Learn more about Ambee and its services here. Have a start-up idea that you feel can add value and help improve lives? Join the NASSCOM 10,000 Start-Up Program!