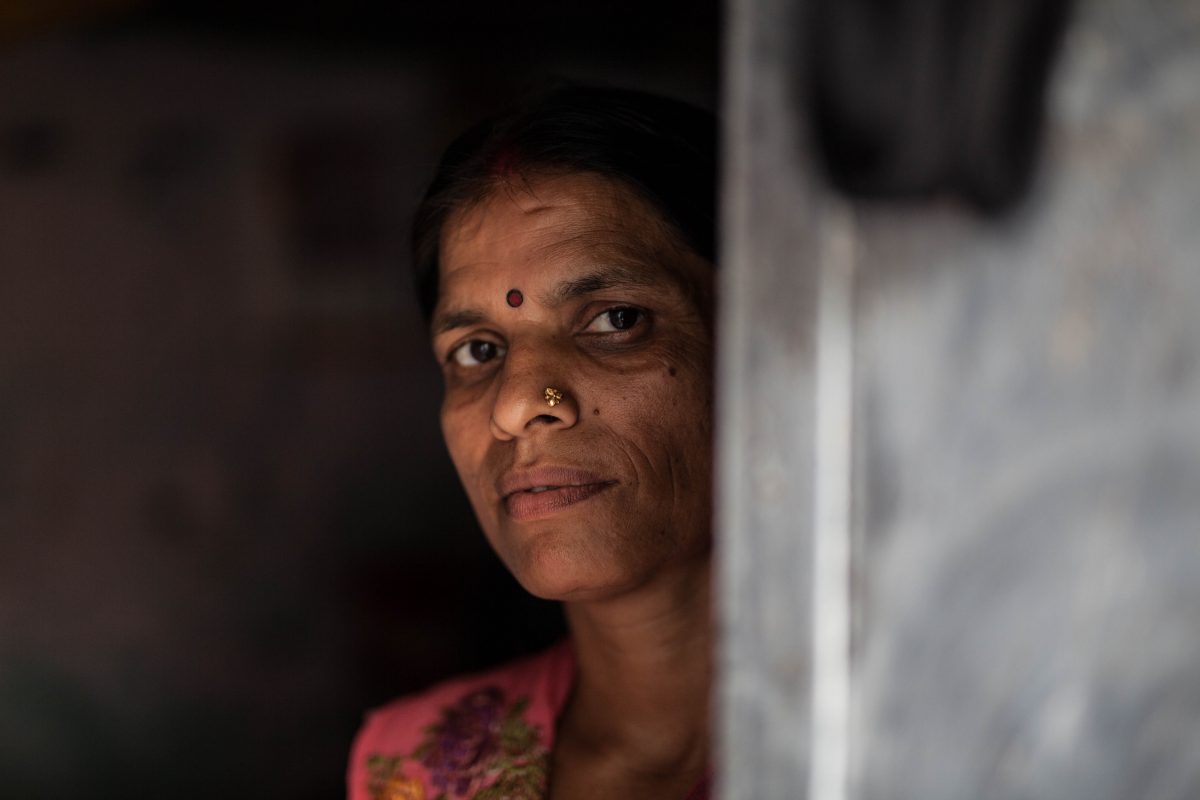 In our gender-skewed society, two women – Priyanka and her mother Pratima – are advocating and fighting for the need for gender justice.

Priyanka Kumari, a 16-year-old, lives with her family of six in Tughlaqabad village, a slum cluster in Delhi that grew on disputed land and still continues to bear the brunt of fear and dispossession. People living here are mostly migrants, employed in daily wage work and devoid of access to basic necessities like clean drinking water.

Priyanka, her four siblings, and her parents live here in a one-room house overlooking a makeshift bathroom. “We pay Rs. 1,600, plus electricity, per month for this space,” she explains. A 60-watt bulb hangs from the corner of a dilapidated wall. Priyanka’s mother, Pratima Kumari, switches that on whenever visitors come to her house. It is just enough to light up the stove where she cooks. When she is at work in a nearby garment factory, the sisters huddle together under this light to go over their lessons and textbooks.

Pratima Kumari firmly believes in educating her daughters. “Only education can make them independent,” she says emphatically. She has studied till Standard X. After her marriage, she gave birth to three girls. “No one values a girl in our community. They are looked down upon as a burden. Each time I gave birth to a girl, my in-laws tortured me, reminding me of my duty to bear a boy,” she shares. Unable to bear the torture any further, she ran away from her in-laws’ house in Bihar.

She had the support of one of her uncles. He found her a single room in Tughlaqabad’s Kamgar Mohalla with a rent of Rs. 1,100 per month. “After all that he had done for me, I couldn’t ask for more help. I stayed hungry for the first 17 days here till I managed to find work in a nearby garment factory. I was paid Rs. 1,800 per month on my first job,” she recollects.

Her mother’s experience left a deep impression in the mind of young Priyanka. Back home, she saw her father’s nonchalance towards her mother and his conviction that it was “all her fault that the family is broken up”. When her mother visited them after six months, she was accused of deserting her family. “No one understood my mother’s plight. No one took her side. Only I decided to come to Delhi with her. I was in Standard VI when I came to Delhi with my mother,” she says. Her father followed them after seven months.

“It was unbearable to live with both of them under the same roof. My father would regularly beat her up in front of me. We lived in a small one-room house. Even if I tried to shut the images out of my mind, I couldn’t,” she says.

Meanwhile her two younger sisters were brought up in their native village by her maternal grandmother. It was only two years ago that the entire family reunited in Delhi. With her father getting a job in a factory as a guard, the monthly income has increased to Rs. 10,800 to sustain a family of six.

When Magic Bus sessions first started in the area, no one was willing to send their daughters. “It is so common for girls of my age to be teased and groped in our neighbourhood,” Priyanka shares. But when Anurag bhaiya (local word to refer to a Community Youth Leader) approached the parents with a request to send their children to the sessions, Priyanka’s mother relented.

“On my first day, I felt alone and nervous. I had never seen much beyond my home and neighborhood. In the sessions, I was supposed to interact with so many other children. As days went by, I relaxed, made friends, and actually started to enjoy the sessions,” Priyanka reminisces. Her happiness was short-lived though. Soon her neighbors started gossiping about her friendship with boys of her age during the sessions.

“It is so unfortunate that boys and girls of my age cannot interact with each other without raising eyebrows and questions on character and morality. My community sees no value in bringing their girls up to be independent, free, and confident. It is as if they want us to be mute and demure in all that we do,” Priyanka says.

Her mother was repeatedly harassed with threats and insults about her daughter’s character. Fed up with all the allegations, she asked Priyanka to stop going to the sessions. “I struggled. I cried and pleaded with her, and appealed to her better sense of judgment. But my mother did not budge from her decision.”

After almost three years, Priyanka’s mother realized her mistake. She understood that her daughters could only flourish if she supported them in all that they wanted to do. Priyanka had leadership qualities and always wanted to work towards the betterment of women and girls in her community.

Priyanka’s mother decided to stand by that dream and asked her daughter to take up the role of a Community Youth Leader. “When Arif came home and explained what a Magic Bus leader is, I was convinced that my eldest daughter could be one. I also realized that my earlier decision of stopping my daughter from doing what she really liked was actually wrong. Mothers should not cave into societal pressures. They should stand by and support their daughter’s dreams. I am so proud to see Priyanka scaling new heights with each passing day,” Pratima Kumari explains.

Priyanka’s vision is clear. “I want my community to value women and girls and not to look down upon them, or restrict them from following their heart. I want to resist any effort to deny girls equal rights,” she signs off.