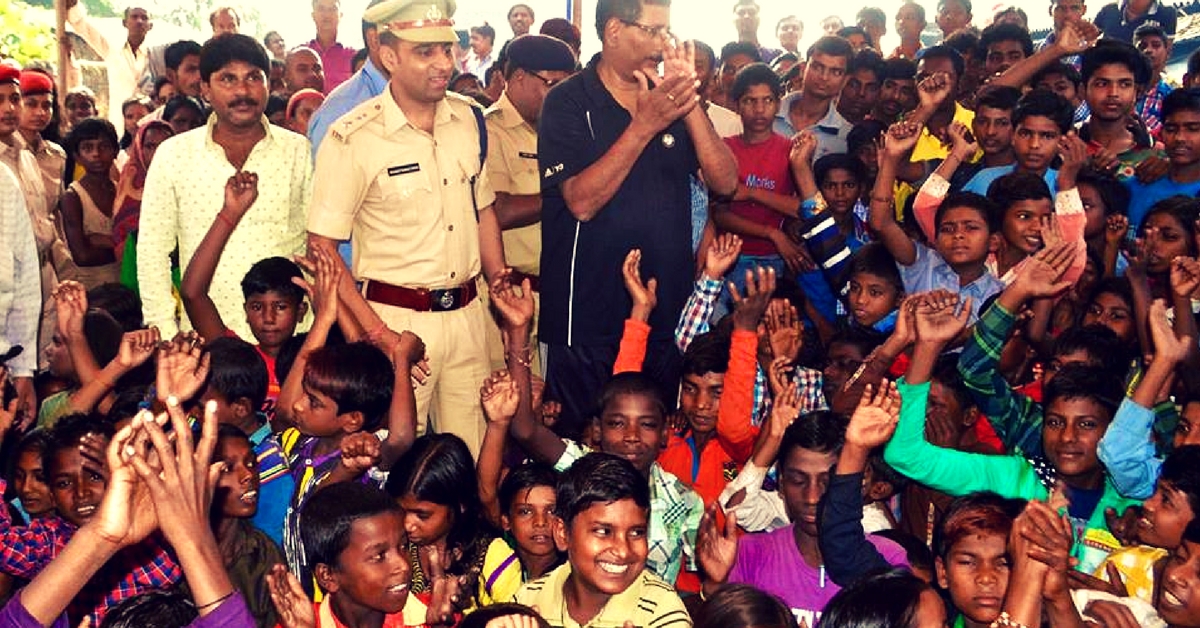 Migrant workers’ children in Purnea district of Bihar don’t have to worry about their education anymore — thanks to the efforts of an IPS officer.

Nishant Tiwary, the Superintendent of Police of Purnea, has founded a school called ‘Sham ki Pathsahla’ for these children.

One can spot Tiwari and his fellow policemen conducting classes at this evening school. Uneducated adults and seniors are also taught here. Nishant Tiwary, who was working as a software engineer in the United States, relocated to India to join the police force. And now, even when he is working long hours and interacting with numerous people, he finds time to visit the pathshala regularly.

(Every year, migrant workers come to Bihar from Mithilanchal for a period of 6-7 months to engage in the work of preparing makhaane. The children often remain with their families instead of going to school. Even the work is like working on an assembly line. The preparations simmer on stoves along with the burning future of these children.

… We are trying to do something good for them.)

You may also like: The Good Cops: Gaya Railway Police Turn Teachers for Rag-Picking Children

Among the several problems that migrants face, the most aggravating one is the lack of education. Getting their children admitted to schools is difficult because these families often don’t stay at one place for the whole academic year. Since they don’t get proper education, they remain illiterate and continue with similar laborious work as they grow up.

Tiwar realised that education was the key to break the vicious cycle and decided to start the school.

“They need to be literate because it is important for them to read any document before putting a thumb impression on it. They should be upfront and be able to understand what schemes government has for them. I had to demonstrate it to them, and once they understood, they readily agreed to let their children get an education,” he told The Logical Indian.

Every evening, children, as well as grown men and women come to the school to learn.