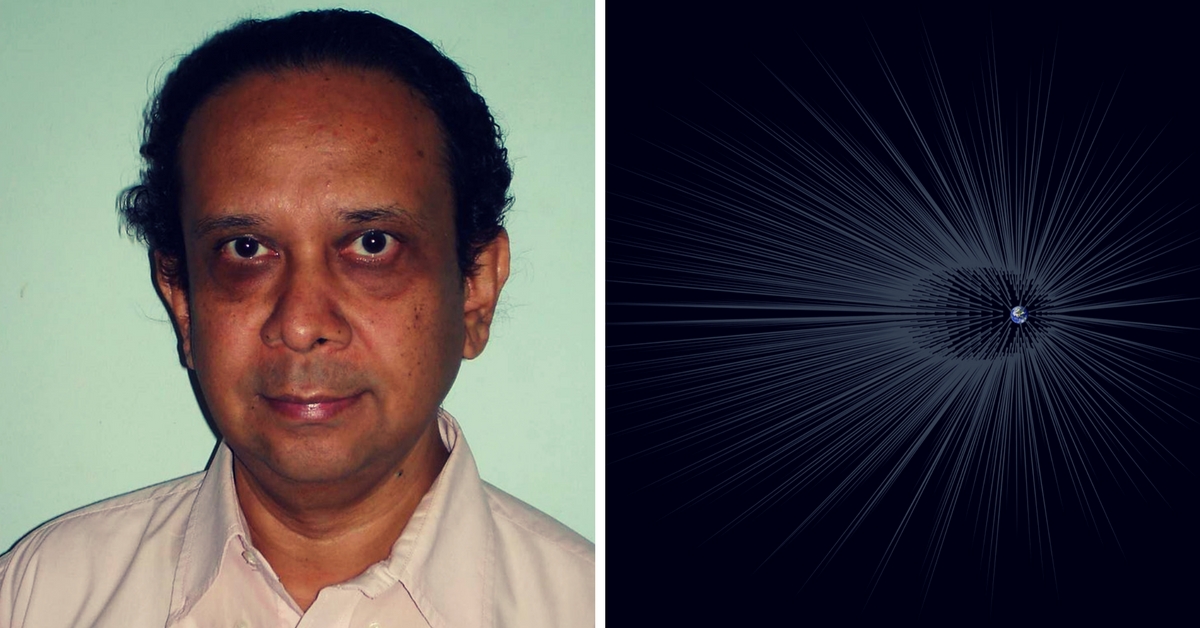 An Indian astrophysicist has won a ten-year-old bet that he had placed during a lecture in the year 2006, challenging the audience to disprove his ideas on the theory of dark matter.

Theoretical physicist and cosmologist Thanu Padmanabhan, from the Inter-University Centre for Astronomy and Astrophysics, had placed the wager while giving a lecture on the phenomenon of dark energy at the 23rd Texas Symposium on Relativistic Astrophysics in Melbourne.

He had claimed that in the next ten years, there would be no evidence to contradict the theory that dark energy is the root cause of the accelerated expansion of the universe.

A New Zealand-based astrophysicist David Wiltshire from the University of Canterbury, who was in the audience during the lecture, announced on December 1 that he has conceded the wager to Padmanabham. Wiltshire, who made the announcement in the CosPa2016 International conference in Sydney, has gifted Padmanabham with a colour-changing lamp that can be operated with a smart phone app along with prize money.

What is dark matter?

According to the CERN website, the galaxies in our universe are rotating with such speed that the gravity generated by their observable matter could not possibly hold them together, meaning they should have torn themselves apart long ago.

The only plausible explanation for this phenomenon is that there’s something we cannot see at work. This something that is believed to be giving these galaxies extra mass and generating the extra gravity they need to stay intact, is theorised to be dark matter.

Unlike normal matter, dark matter does not absorb, reflect or emit light, which makes it extremely hard to spot. Dark matter also is believed to outweigh visible matter roughly six to one, making up about 27% of the universe.

You may also like: Anyone Can Check Their Eyes at Home With This Origami-Style DIY Eye Test Costing Under a Dollar

What was Dr. Padmanabham’s wager?

There were many models that tried to explain dark matter till 2006.

While working on a deeper paradigm of Einstein’s theory, Padmanabhan co-authored with his daughter a paper where they derived the numerical value of the cosmological constant. Not all cosmologists were convinced about the role of dark matter then.

Dr. Padmanabham writes in an article on LinkedIn Pulse, “In the intervening 10 years, I have made much more progress in the understanding of Cosmological Constant and is now convinced more than ever that the dark energy is indeed the Cosmological Constant. I now have a precise mathematical formula to determine its value in terms of other measurable parameters. This approach also shows how the value of the cosmological constant can be naturally related to the amount of information which an observer in the universe can access.”