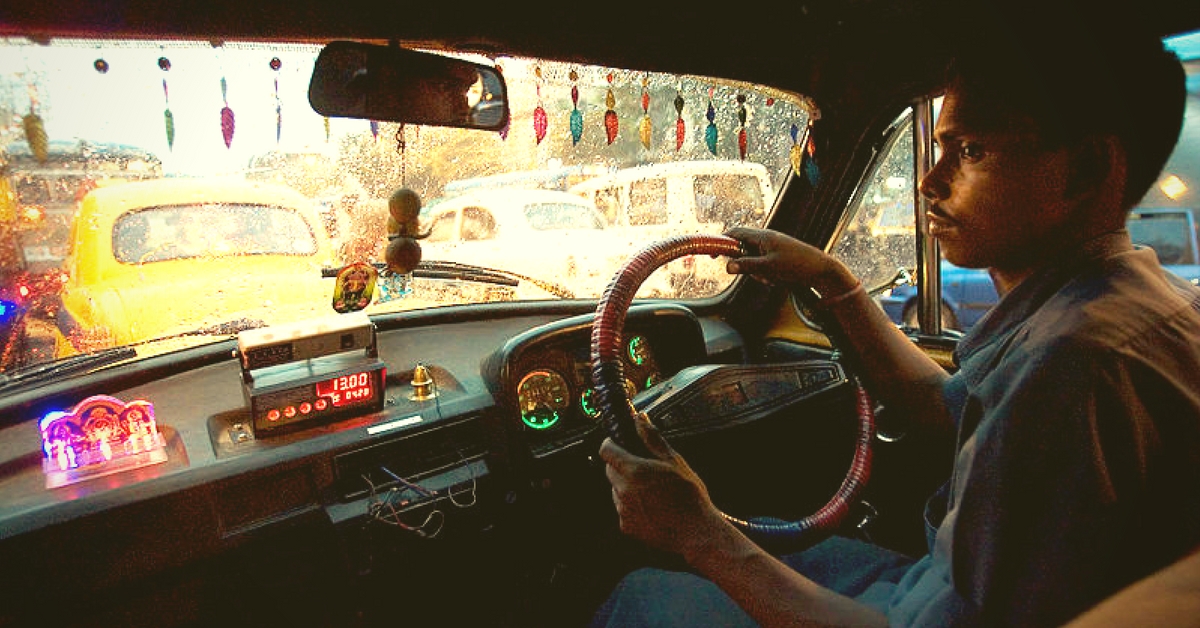 The numerous cases of violence against women often result in a general mistrust towards men, and there are situations when many of them find it difficult to prove their innocence.

It was this misconception that a girl from Mumbai recently challenged. On noticing a woman co-passenger mistreating an Uber driver, she stood up for him and ensured that the innocent man wasn’t arrested under false charges.

Image for representation only. Source: by Jorge Royan, via Wikimedia Commons

On November 23, Himani Jain, a resident of Mumbai, hailed a cab (Uber-pool) to head home after office. Her co-passenger, a woman in her thirties, started picking a fight with the driver as soon as she got into the cab. There seemed to be some kind of misunderstanding between the driver and the woman and the driver’s behaviour was far from impolite. Even when the woman started abusing and threatening him, he kept his cool and didn’t show any signs of disrespect.

When the situation took a more serious turn, the woman called the police and tried to convince Himani to be on her side. Himani, however, chose to be with the right person and even went to the police station to give a statement in the driver’s favour. She left the police station only after ensuring that the driver was safe.

You may also like: “Some Heroes Don’t Need a Cape” – This Cab Driver Who Saved a Woman from Harassment Is One of Them

She then wrote about the entire incident on Facebook and her post has received a tremendous response. In her post, she also thanked the Mumbai Police for their understanding.

By speaking up at the right time, she helped an innocent man out of a troublesome situation, which could have cost him his job. Kudos to her!

Happened with me yesterday

I took Uber Pool to home from office yesterday. The driver, Shahid (Name changed), was very…

Happened with me yesterday

I took Uber Pool to home from office yesterday. The driver, Shahid (Name changed), was very polite and well behaved. I was sharing cab with a lady, Gayatri (Name changed), who was probably in her late thirties. She got into the cab and within a minute she started arguing with Shahid about the drop. He explained her politely that it doesn’t matter, he will drop according to the App to the provided address and she can’t choose the route.

Gayatri started speaking to Shahid in extremely derogatory tone. She said (shouted) that she is not new to Uber and he is too stupid understand her question. Gayatri used words like dumb, Ch***ya, MC, BC, “I will slap you”etc. Shahid kept calm and asked her if he should start the trip. I asked Gayatri to stay calm and explained that there is a miscommunication between you and Shahid, and I will explain him. By this time she lost her cool completely and asked Shahid to come to police station and asked me to join her in her complaint. When I disagreed she started verbally abusing me as well. Shahid ended my trip, apologized for the inconvenience and asked me to take another ride home. While all this drama was happening 20 odd people and two security ladies gathered around our cab. I gave my number to security lady so that they can contact me in case police trouble Shahid. Meanwhile, both Gayatri and Shahid had already dialed 100 and cops came in no time. I explained them the situation, gave my number to the police as well in case they want my statement in favour of Shahid. When I was about to leave, the security Lady came to me and said “Madam, please jao na police station, wo maar daalenge isko. Ladies ka case hai toh iska koi nahi sunega”. Though it was already 9pm and I was scared to go to police station(first experience), I didn’t feel like leaving him in that situation so I decided to go police station along with them. And the funny part is that when Gayatri was explaining all this ruckus to the Constable, he asked “madam where is the problem”. When she saw nothing happening her way, she made false accusations against Shahid of verbally abusing her and asking her to get out of the car and asked them to lodge an FIR against him.

I gave my statement to the police and told them that neither I am related to Shahid nor Gayatri and I had no reason to come here. I came here to support Shahid who is completely innocent in this case. She did not leave police station till 11pm. Gayatri demanded that the driver should apologize her and touch her feet as a part of apology. Apparently she wanted to teach him a lesson. I stayed there till she left the police station. I spoke to the police and fortunately, they understood the situation. They placated her that they will take action against him and asked her to leave. Meanwhile they took Shahid to a room and I could hear sounds of someone getting beaten up. I ran to the Constable and I said there is no mistake of him. To my surprise, they were beating the floor with the belt and Shahid was just making noises with a smile. I don’t know if it was right or wrong but I felt happy. Cop came and thanked me for standing up for Shahid otherwise it would have been a disaster for the driver. I felt contended. I called Shahid after an hour of reaching home. He is sound and safe. 🙂

Thanks to Mumbai police for understanding.