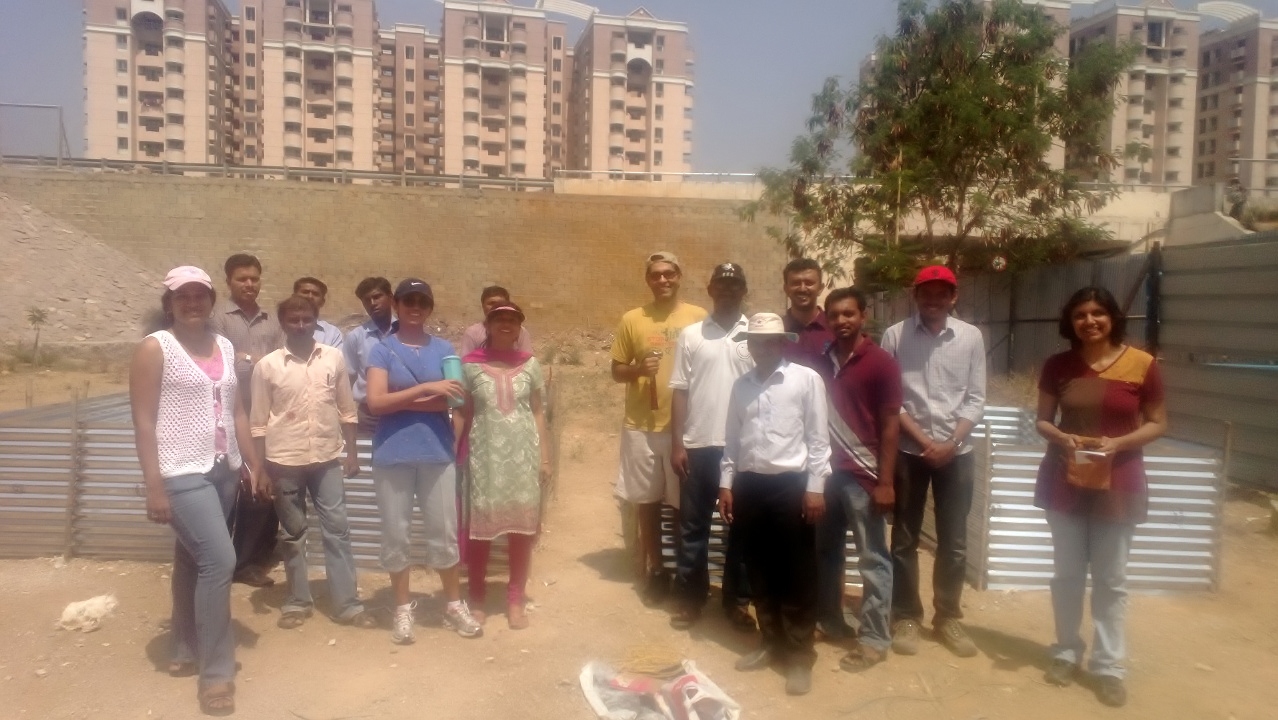 Change is possible only if each of us accepts our responsibilities and it gets even better when your entire community is willing to support and stand by you. The idea of harnessing the power of gated communities may not seem like much, but the change it has brought in the lives of 1000-odd families in this apartment complex is indeed remarkable.

A bunch of enthusiasts started a group called Community Catalysts a few months ago. These members live in a gated community called Serene County, Hyderabad. Together, they have been working towards bringing about a positive change in every resident’s outlook, making them aware about social causes and their responsibilities. The primary motto of this band of people is that it is a great mistake to do nothing just because you can only do a little.

Still in their nascent stage, the group has managed to have a few successful initiatives like kitchen waste recycling, better roads to the apartment complex, a successful voter-id card drive, women empowerment etc. Dry waste donation and recycling camps are held every month with the help of YouSee and school supply and clothes donation in association with Goonj.

Organic Composting and Waste Segregation
Serene County, by virtue of having over 1000 families in residence and being surrounded by lush landscaped gardens, produces several hundred kilos of kitchen and garden waste. The aim was to promote waste segregation at its source, that is, in homes and utilise this waste and turn it into compost that can be used in the community gardens. A Compost Center was setup with the help of social entrepreneur YOUSEE where kitchen waste from homes and garden waste from surroundings is collected and turned into compost.

Most people know about the advantage of waste management, but they either do not know how to go about it, or they do not have the time to follow it through. Keeping this in mind, the volunteers conceptualised and motivated residents to contribute to their Compost Center. A unique system of waste collection was put in place that is hassle free and simple enough for most people to follow.

This is a beginning towards making a collective impact towards environment conservation. By segregating waste and promoting recycling, the community has taken up its responsibility towards reducing waste that gets dumped in landfills.

Voter ID Card Drive
Most of the people have to settle at different places for better employment .This is true for many of Serene County’s residents as they do not belong to Hyderabad. Most of them do not have voter ID card, or if they have, it is of their native place. Community Catalysts, along with LetsVote NGO (a non-profit non-political organisation) worked towards achieving a 100% voter registration and 100% voting from the community.

Presently they have reached almost 100% voter ID registration (using “almost” as people have applied but getting physical voter ID card takes time). They used different ways to reach this goal – by door to door campaigning, arranging a Voter ID camp, providing simple steps to apply for voter ID, solving people’s queries by following up with the Election Commission office and motivating them to be responsible citizens and exercise an important constitutional right.

The second part is difficult to achieve but the first part is quite easy, only people perceive it as difficult. The Community Catalyst team wanted to help the community to get the power of democracy by having voter ID card.

Better Roads Initiative
The approach road to Serene County was full of pits. It was especially dangerous for two-wheelers. The volunteers from Community Catalysst took it upon themselves to resolve the issue. They filled the pits with sand themselves as a temporary mitigating measure. Then, they approached the Greater Hyderabad Municipal Corporation (GHMC) where an officer guided them to appeal to the APIIC and gave them the contact number of the concerned person. Very soon, the pits were covered and the road was levelled.

The usual thought process is that approaching a government body in order to get work done is pretty much a waste of time. This is not always true. A little drive, a little follow-up and a little effort from both sides can make a lot of difference to all our lives.

Community Catalysts is a platform where individual effort, talent, passion for creativity and commitment for a cause are pooled together to bring about cultural enrichment and a positive social change at the community level..because charity really does begin at home.

If anybody wants to reach them for help in implementing similar things in their own community, feel free to contact them at community-catalysts@googlegroups.com