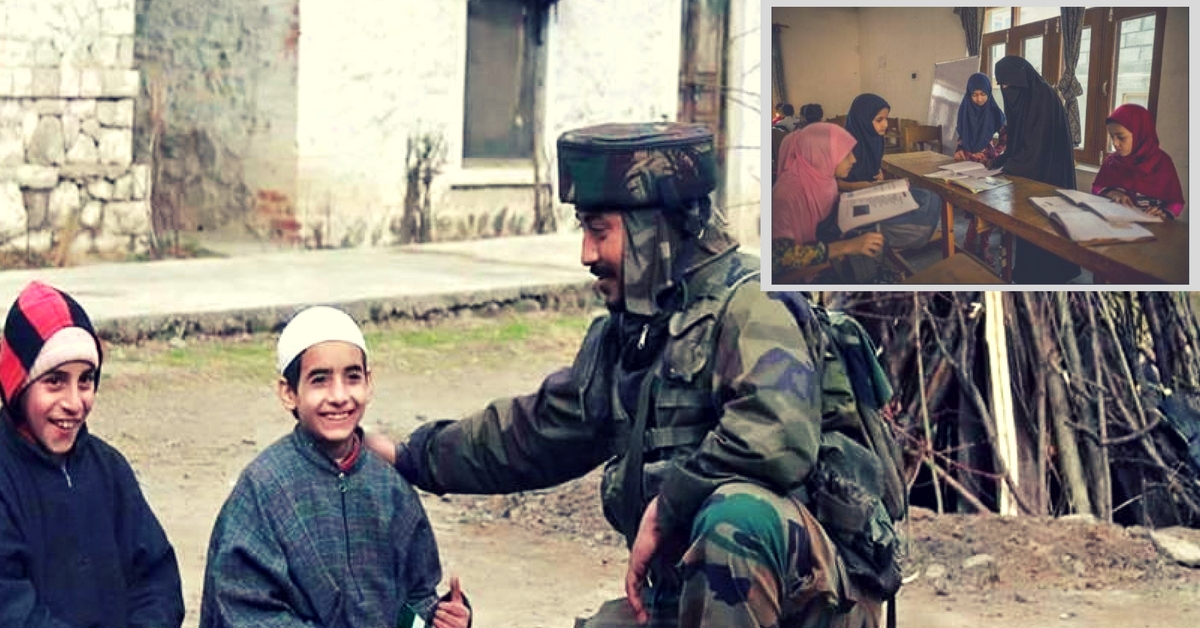 In a heartening gesture, the Indian Army has launched an operation called ‘School Chalo’ in Kashmir, which aims at providing free education to students and encouraging them to participate in extra-curricular activities.

Major General Ashok Narula, General-Officer-in-Command of Victor Force, designed the operation because he wanted to do something for the locals.

After interacting with residents there he realised that the key concern in their minds was with regards to their children’s education.

“During my interaction with locals, I felt they were worried about the studies of their children, but at the same time anxious about their security. That is where I asked my boys to work out a plan for providing education to students,” Narula told The Times of India

The operation is a welcome move in the wake of the protests, intermittent violence and curfews, which have been plaguing the state since July 9 this year, a day after Hizbul Mujahideen terrorist Burhan Wani was killed in an encounter.

Under Operation School Chalo, the army men locate teachers and connect them to the communities for teaching children. Besides that, they also protect the students and teachers whenever needed by guarding the area.

The slogan used by the Army for this operation is ‘Chyem ne zaroorat Daulat-o-Rubab, Faqat Gochum School te Kitab’, which means ‘I do not need money and fame; I need books and school’.

“Besides being an army officer, I am a father of two children. So here I approached the issue as a father and not as an Army officer and ensured that these children should hold books in their hands, rather than a stone,” said Narula.