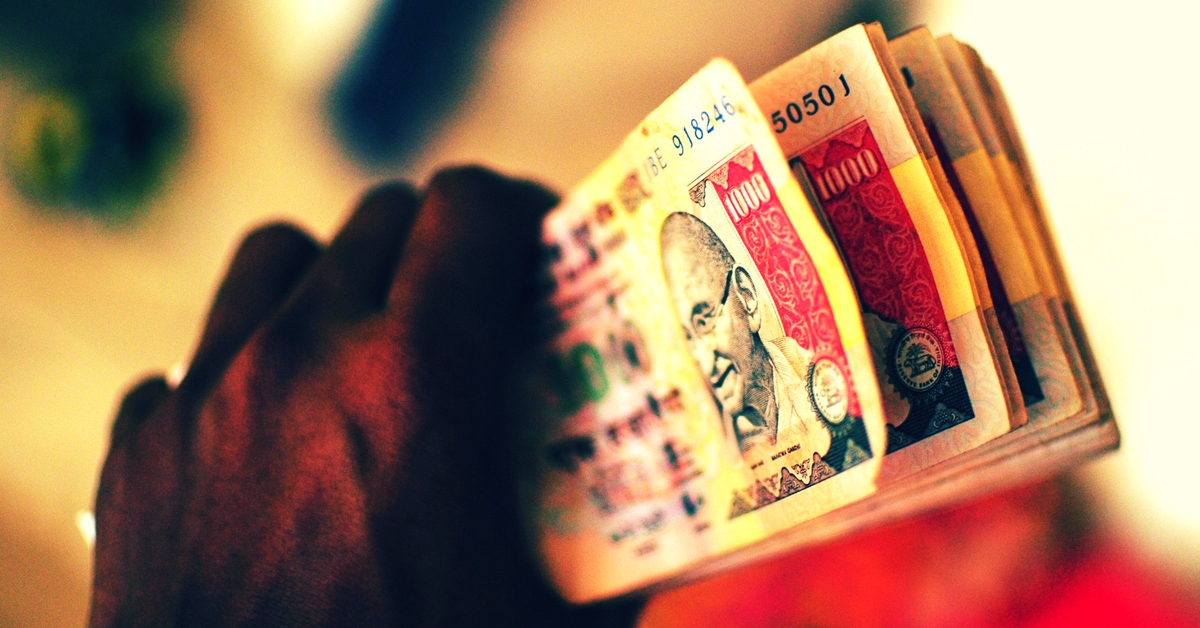 Rs. 14 lakh crore, or $217 billion — 86% of the value of Indian currency currently in circulation became useless from midnight of November 8, 2016, as a part of the government’s crackdown on black or unaccounted money.

Here are three ways in which this move should affect the black-money economy, which according to this 2016 report by Ambit Capital, a financial research company, forms a fifth of the Indian economy:

1. The sudden announcement will directly affect black money hoarded by Indians, and will possibly present them two alternatives: either deposit the money after identifying themselves to banks, or exchange the money by November 24, 2016.

According to basic calculations, with a daily limit of Rs. 4,000 a day, a maximum of Rs. 60,000 can be exchanged by a person in 15 days from November 10 to November 24. From November 24 onwards, the exchange process will be eased for convenience, meaning the exchange limit will be increased. However, there is no limit on deposits.

2. As the deadline for Indian individuals to declare undisclosed income, the Income Declaration Scheme, ended on September 30, 2016, no ‘unaccounted for’ money can be declared now. It ceases to be money.

Instead it will be a ‘worthless piece of paper’, as PM Modi termed it in his speech.

3. Instances of cash-for-vote prevalent in Indian elections –in the form of bundles of cash in deligitimised denominations may not work anymore.

“From midnight November 8, 2016 today, Rs 500 and Rs 1,000 notes are no longer legal tender,” Prime Minister Narendra Modi announced in his address to nation. The two highest denominations of bank notes used as cash in India, Rs 500 and Rs 1,000, cannot be used for any transaction from today.

The government had earlier withdrawn old Rs. 500 notes from circulation, in effect, demonetizing the currency two years back, IndiaSpend reported in January 2014.

The move will also have a positive byproduct: individuals and households with no bank accounts – keeping all income in cash and at homes, will now have to create bank accounts to deposit money, making financial inclusion indirectly inevitable. Some relaxations on the use of Rs. 500 and Rs. 1,000 notes have been given to account for special situations, for example, pay hospital bills, transport expenditure and petrol pumps till November 11, 2016. New notes of Rs. 500 and Rs. 2,000 will be introduced for circulation from November 10, 2016. Rs 2,000 notes will be monitored and regulated by RBI. The sectors that could probably be hit the worst in the short-term could be the bullion and real estate since the two handle a lot of transactions in cash.

Banks will keep record of people who come to exchange cash. You have to shown Aadhar, driving licence, ration card, passport etc

New Rs 500 note has Gandhi on one side, Red Fort on other: Rs 2,000 note will have Gandhi and Mangalyan, Mars orbiter. Will be smaller

Run on ATMs across the country. But Rs 500 notes dispensed by ATMs are no longer legal tender.