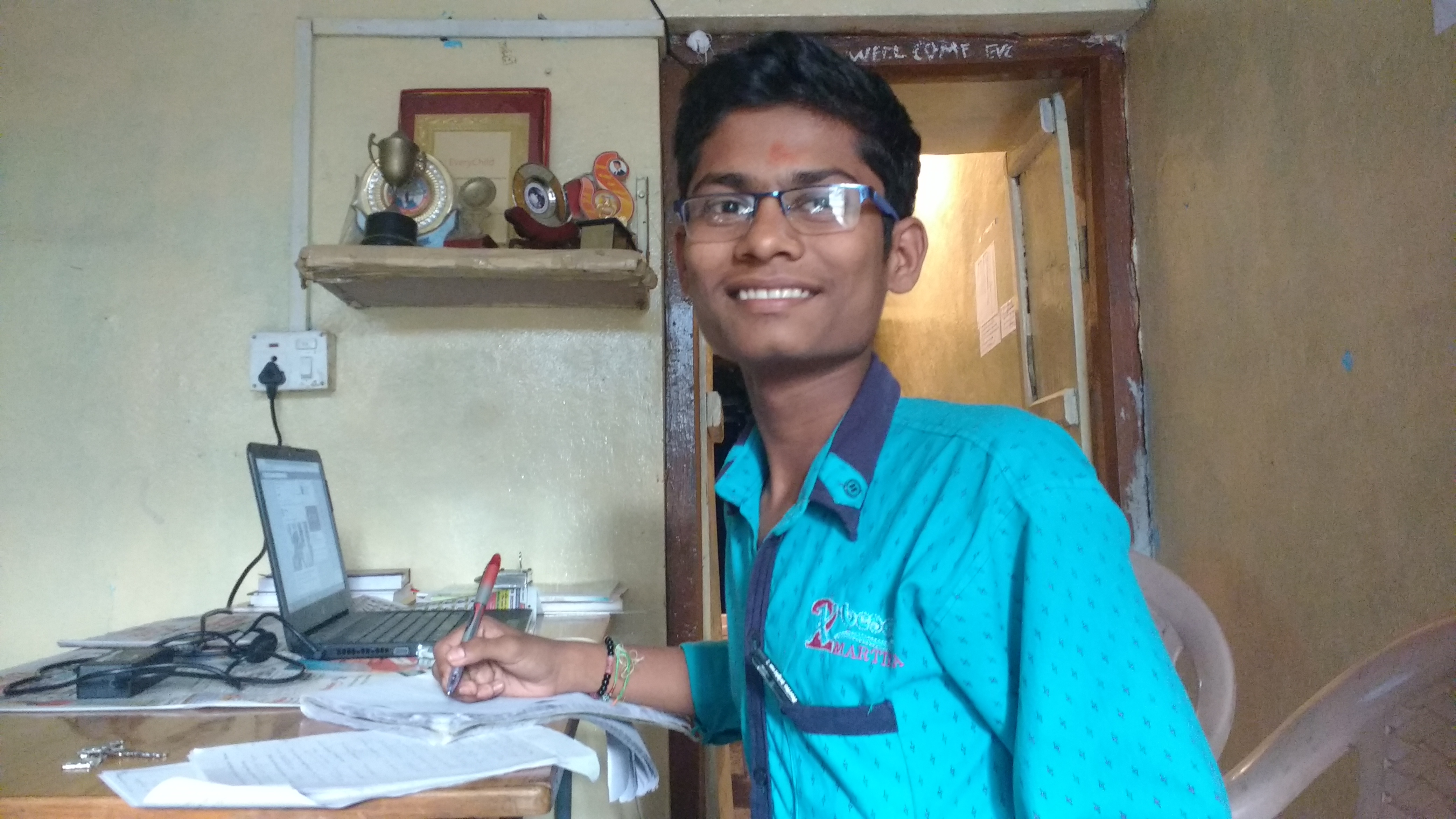 Kashinath at his desk in his hostel
Promotion

Despite being discouraged from studying for being a ‘devadasi’s child’, 17-year-old Kashinath has steadily pursued his education. Now aspiring to become a teacher, this is his story of determination, perseverance, and steadfast belief.

In the summer vacations after class IX, Kashinath was thinking of ways to bolster himself for the Board Exams the following year. His scholarship covered his tuition and boarding, and during the holidays, he needed to stay at his maternal uncle’s house. This time, his uncle – a mason – gave him work, where he earned Rs. 300 per day. But things didn’t turn out the way Kashinath anticipated.

“I was so happy that I was able to make Rs. 10,000. I thought I would use it to enroll for private coaching as I was appearing for my Boards the next year. But when I asked for it, my uncle refused and used the money to get himself a new mobile phone,” Kashinath remembers.

When he persisted and asked his uncle for the money, things turned ugly, and his uncle said a ‘devadasi’s son’ didn’t need to study. Kashinath was made to leave the house. He spent the next one week on the street before school started again and he had a place to stay.

After Kashinath returned to his boarding school, he burnt the midnight oil and secured 88% in class X without any extra coaching. “Every day I borrowed one textbook from one friend in the hostel. When I had no books, I studied my class notes,” says Kashinath, describing his class X preparation.

Off to a difficult start

Though the dedication of devadasis was legally banned in 1982, it was only in late 1990s that the law began to be enforced. Various government initiatives finally opened a new future for them. One such organisation was MASS (Mahila Abhivrudhi Mattu Samrakshana Samasthe), created to give former devadasis opportunities to improve their own and their children’s lives.

Being the son of a devadasi, Kashinath never knew what it was like to have a father. His mother died young, leaving behind 12-year-old Kashinath and his little sister Danamma. Danamma was adopted by his aunt, whereas Kashinath had to stay with his uncle.

Kashinath was devastated as his family shattered before his eyes. But he did not let this tragedy affect his studies. Instead, he started spending more time with his books and topped his class that year. Studying was the one thing that steadied him in difficult times.

Raju Mahadev Ghasti, a MASS employee, was so impressed with his performance that he decided to do everything in his power to help Kashinath do what he wanted most – study.

The MASS team arranged special coaching for him that helped him clear the Morarji Desai and Kittur Rani Chennamma entrance test, meaning Kashinath would get full scholarship for his secondary education, including food and accommodation.

This was a relief for Kashinath since he had always been made conscious of being an added expense on his impoverished relatives.

Taking care of the next leg of his education

To enroll himself in a pre-university college, he took a loan from his other maternal uncle. His all-time mentor and well-wisher Raju bought him some notebooks.

Shridevi Kamble, another employee at MASS, is just as invested in Kashinath’s well-being. She looks after Kashinath, ensuring he eats healthy, and easing his day-to-day challenges. Concerned about his educational expenses, she got in touch with us saying, “Can we raise funds for Kashinath’s education? I have heard about crowdfunding in Milaap.”

We started a campaign on Milaap and help poured in. This helped us buy a new uniform and textbooks for Kashinath. Gratitude and hope sparkles in his eyes.

Unlike most studious kids in Raybag, who dream of becoming engineers and living the fast life in big cities, Kashinath has a more personal dream. He spends all the time he can spare from his studies taking after-school tuitions for other students.

I asked him about it, “Why a Teacher?”

“I know this pain of struggling so hard to study. To understand textbooks and learning concepts. I want to help children like me. My work needs to be the lamp that I want to light up for other students,” Kashinath replies.

Everybody at MASS continues to be inspired by Kashinath and his unique ability to use his personal difficulties to power visions of a better tomorrow for others.

About the author: Pragya Banka is a Fellow with Milaap, working with Milaap’s partner MASS in Belgaum, Karnataka.

Want to cover inspiring stories of change and make a substantial difference in the social sphere? Then click here to join the Milaap Fellowship Program.