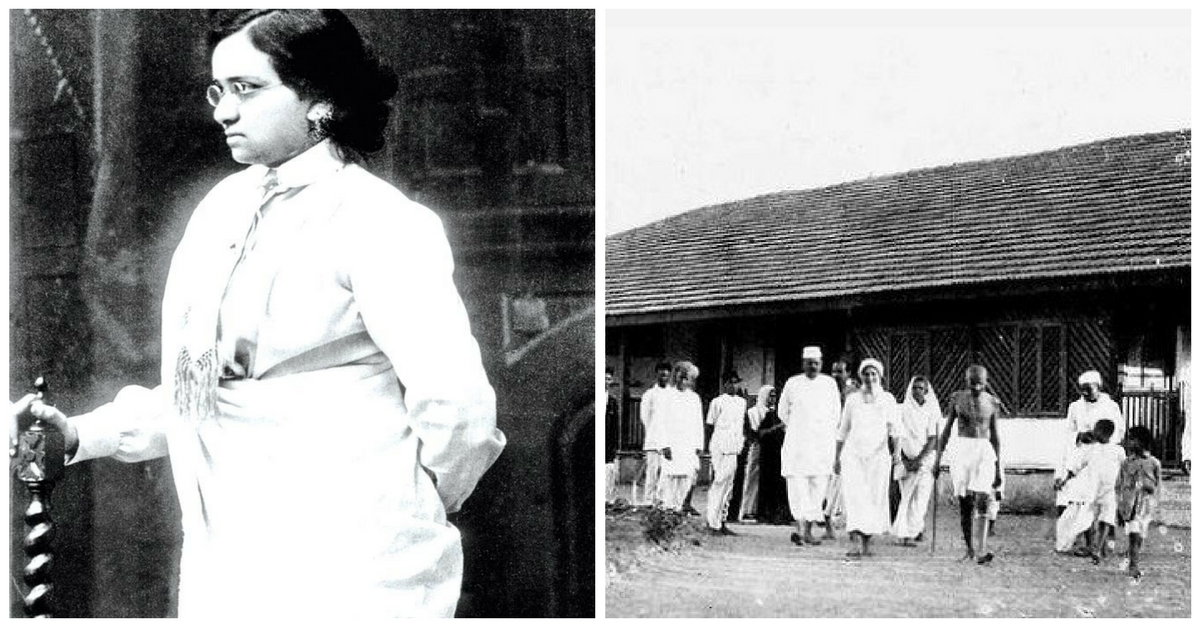 Throughout Indian history, many extraordinary women have broken barriers and, in doing so, set an example for the entire country. Yet, despite the increased visibility for some remarkable women, the stories of many of these inspiring ladies remain invisible. One of these unsung heroines is Anasuya Sarabhai, a woman who worked selflessly for the upliftment of the less fortunate.

Affectionately addressed by the moniker ‘Motaben’, Anasuya Sarabhai holds a unique place in the history of the country. This is the story of the incredible woman, whose words and actions continue to inspire many Indians to fight for a better and equal world for all people.

Born in 1885 into the affluent Sarabhai family of Ahmedabad, Anasuya lost both her parents when she was only nine. She and her two younger siblings were brought up by their father’s younger brother, Chimanbhai Sarabhai. At the age of 13, an unwilling Anasuya was married off by her uncle. Her marriage was brief and unhappy; Anasuya divorced her husband and returned to her own family.

Anasuya had always wanted to study further but had been denied the opportunity by her uncle. When she returned home after divorce, she was determined to continue her studies. In this, she had the complete support of her brother, Ambalal, who she was very close to. The affection and mutual respect the siblings had for each other would last a lifetime, even though as adults they would often lead enterprises that were usually at odds with each other.

In 1912, backed by her brother, Anasuya left for England to continue her studies. It was there that she found her calling to serve the cause of social equality. Much of this was the result of her meeting and imbibing ideas of social equity from the suffragettes and the Fabian socialists (like Bernard Shaw, Sydney Webb and Chesterton) during her stay in England.

In 1913, she returned to India and started working with the disempowered communities. She began by opening a school for poor students of all castes, whom she would bathe and teach herself. Next, she opened creches and toilets for women, a maternity home and even a hostel for harijan girls in her home. It was then that she decided to take up the cause of mill workers.

Also Read: Feminism Through the Ages in India: An Empowering Journey

While Anasuya had been working to address the challenges faced by women and the lower castes ever she since she returned from England, it was one conversation in particular that introduced her to the realities of the working middle-class in India.

Describing the life-changing experience in her own words, Anasuya had once said,

“One morning, I was sitting outside in the compound combing out the children’s hair when I saw a group of 15 workers passing by as if in a trance. I called out to them, even though I did not know them well, and asked them, “What’s the matter? Why do you look so listless?’

They said, “Behen, we have just finished 36 straight hours of work. We have worked for two nights and a day without a break, and now we are on our way home.” These words filled me with horror. This was no different than the kind of slavery women faced!”

Shocked by what she had heard, Anasuya decided that she must do something to change this situation. The more she learnt about the conditions in which the mill workers lived and worked — the excruciating poverty, the exploitation, the workers’ sense of powerlessness — the more determined did she become to organise them.

In 1914, Ahmedabad was hit by a plague epidemic. Unable to bear the devastating burden of their extremely low wages, the workers came to Anasuya and requested her to take up their cause. She accepted their request and addressed the first meeting of workers on the banks of the river Sabarmati.

Better wages and better working conditions for the workers were her demands, and she gave the mill owners forty-eight hours to fulfill them after which the workers would go on a strike. To secure the rightful dues of the workers, Anasuya even battled the displeasure of her brother, Ambalal, who was the then-president of the Mill Owners’ Association.

Anasuya’s thoughts and spirit were very similar to Mahatma Gandhi’s own. A good friend of the Sarabhai family, he was keenly observing the strike and even wrote to the mill owners to raise the wages of the workers. The strike went on for almost 21 days, at the end of which negotiations began and the mill-owners finally agreed to pay higher wages to the workers. Thus, the seeds for the trade union movement in India were sown.

Later, Anasuya also played a major role in the Kheda satyagraha, and was also one of the first signatories of the ‘Satyagraha Pledge’ created by Gandhi to oppose the Rowlatt Bill.

In 1918, Ahmedabad weavers demanded a justified 35% hike in wages, but the mill owners were offering just 20%. Mahatma Gandhi, accompanied by Anasuya and Shankerlal Banker, would address meetings under a tree on the banks of the river Sabarmati. The peaceful strike, in which tens of thousands of workers participated, finally succeeded when Gandhi decided to fast unto death on March 12, 1918.

This movement also laid the foundation for Gujarat’s oldest labour union, Majoor Mahajan Sangh (Ahmedabad Textile Labour Association or TLA), that was established on February 25, 1920. The first meeting took place at Anasuya’s Mirzapur bungalow where Gandhi declared Anasuya the lifelong president of the union. In 1927, Anasuya also founded Kanyagruha, a school for the daughters of Ahmedabad’s textile workers.

Under Anasuya, the union worked only for the welfare for the workers and not against the mill owners. While Gandhi played an important role as the adviser and the guide of the movement, it was Anasuya who ensured the effective translation of the Gandhian ideology into practice. Her personal concern for workers, her open approach towards the mill owners, and her belief in non-violence ensured that a harmonious relationship evolved between the workers and the mill owners.

Unlike the adversarial relationship that unions now have with the management, TLA had a non-confrontational attitude and a work culture that emphasised on arbitration. Under Anasuya’s able guidance, by 1978, the union was representing almost 1.5 lakh workers of 65 textile mills in Gujarat.

In the 1950s, Ela Bhatt – a young college graduate back then – started work at TLA under Anasuya. A feisty young woman, Ela did not cover her head as was the custom in those days among working women. When some objected to this, it was Anasuya who stood by Ela and defended her decision to do so.

Ela Bhatt would go on to become one of Anasuya’s closest associates and the founder of Self-Employed Women’s Association of India (SEWA). It was Ela’s work under TLA that brought her in contact with informal women workers in the textile sector and inspired her to found SEWA to help them in 1972. Sadly, Ela’s beloved Motaben (elder sister in Gujarati) died the same year, within months of SEWA being formed.

Four decades after her death, Ela helped set up the first permanent gallery on Anasuya, a woman who shaped the economic and social fabric of the city,  in Ahmedabad.

As the sister of one of Ahmedabad’s most prominent merchants, Anasuya Sarabhai was an unlikely trade union leader. And yet, she not only became their trusted leader, but she played a pioneering role in charting the course of India’s labour history. Though she wielded so much power — she led almost two lakh workers — she never misused it nor did she ever claim any credit or position. She was also the only woman who Gandhiji addressed as ‘Pujya’ or ‘blessed’ in his life.

A courageous woman who dedicated her life for the empowerment of the downtrodden, Anasuya Sarabhai deserves her rightful place in the history of India’s labour and gender rights movements.