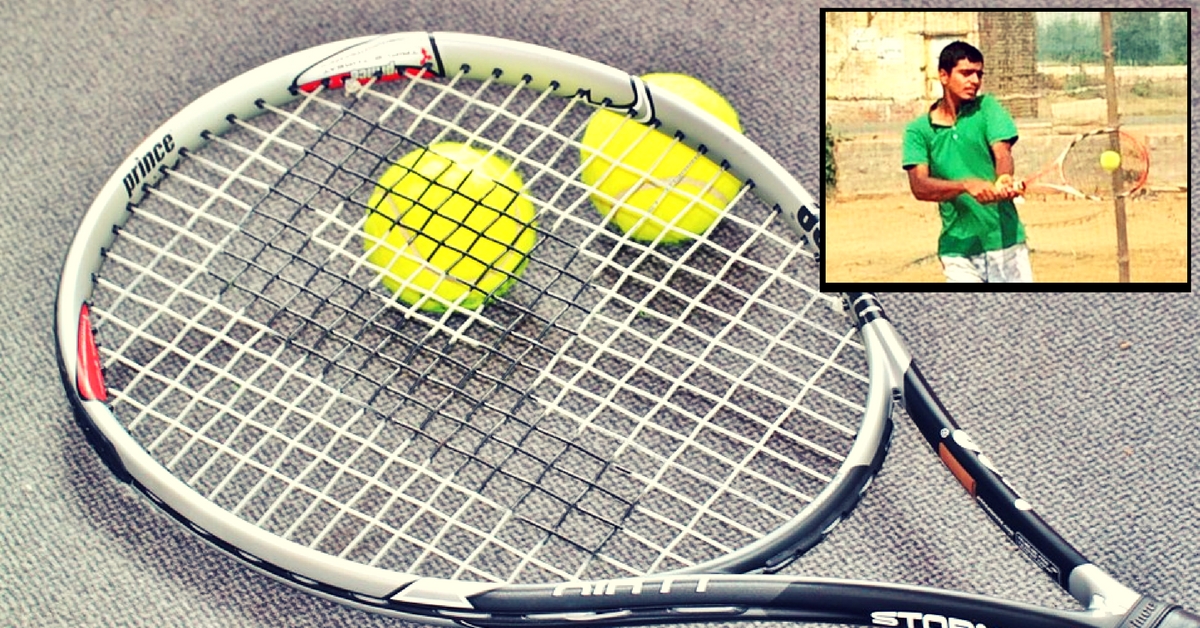 In defiance of the belief that only high-end infrastructure and expensive facilities can produce talented tennis players, a boy from Gohana, who learnt and practised the sport on a mud court, has emerged as the new national tennis champion.

Thirteen-year-old Ajay Malik won the Under-14 boys singles title at the just-concluded National Tennis Championship at DLTA (Delhi Lawn Tennis Association) Complex. His success is the result of sheer talent, will power and perseverance.

According to a Times of India report, Ajay, who began playing tennis at the age of 10, has won the biggest title in the country in his age category within a span of only three years. Ajay’s coach is his cousin Sombir Malik, a self-taught tennis player who learnt the game by watching matches, but had to quit playing due to injuries. The report also talks about Ajay’s father Ajmer Malik’s tennis academy, which it dubs “desi jugaad.”

Malik, a former national wrester himself, runs Netaji Subash Chandra Bose Sansthan to train children. He makes good use of available resources, not complaining about the things that are unavailable to him. Electric poles, which fell during heavy monsoons, now support the net for the mud court at the training ground. Nylon ropes are used to line the boundaries and tyres of different sizes and weights are used for strength training. Malik has spent around Rs 3 lakh from his Rs 13 lakh retirement fund to build the tennis court.

Ajay managed to win the title in the absence of any kind of supplements or energy drinks. All he drank during his matches throughout the tournament was water.

When asked by Times of India how he feels playing on the hard courts, Ajay says, “It’s just the colour of the court, everything else is same.”

The DLTA coach Arun Kumar, who also has a share in Ajay becoming a tennis player, believes his training base needs to shift in some time. At the beginning of Ajay’s training, Arun gave tips to coach Sombir and also gave them 50 tennis balls so they could start the training. According to him, “With this tough training, he definitely has developed endurance but what about speed? He is mentally tough that is why he survived on just water during nationals but he needs tactical exposure. He has right technique but top players finish points in 7 to 10 seconds. That’s a different training method which he would need in near future.”

Now that Ajay has proved that one can achieve great heights with nothing else but talent and will power, it’s time this young man is recognised and nurtured.