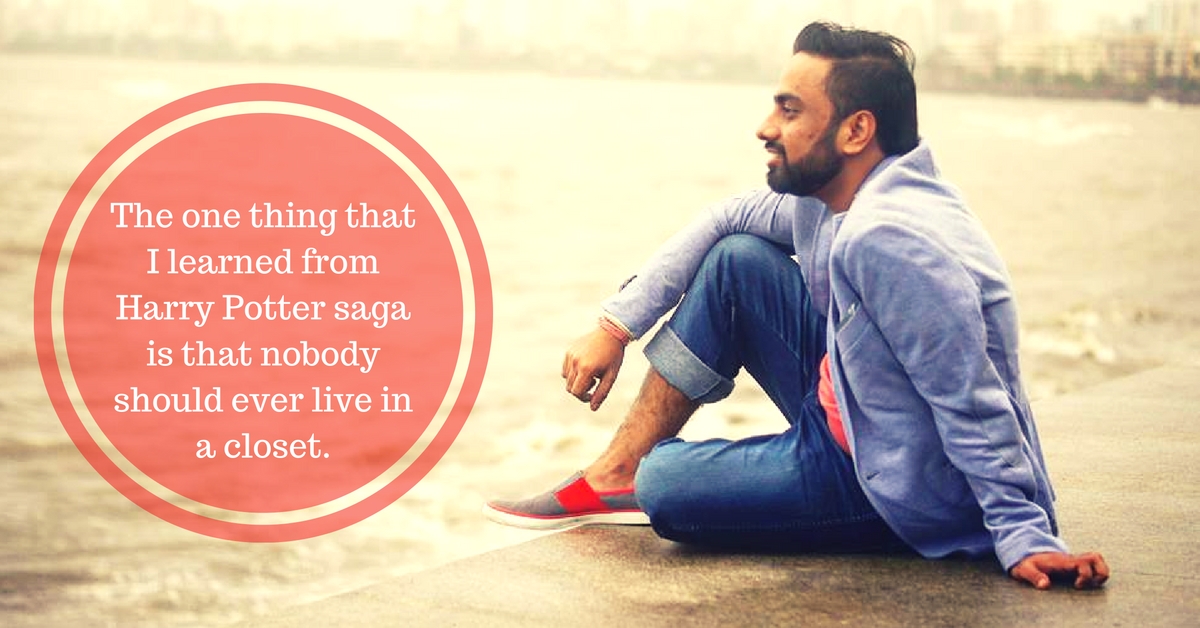 The one thing Himanshu Singh learned from reading the widely popular Harry Potter series is that no one deserves to spend their lives in a closet. And that’s why the Mumbaikar wrote a Facebook post that would have made J.K. Rowling proud. He came out as a homosexual.

Himanshu notes in his post that after a lot of soul searching, he decided to come out to the world in order provide courage to Indians who are also a part of the LGBTQ community and yet, are living “in the shadows”.

He says that while his sexuality does not define him, it is also an integral part of who he is. He notes, “My sexuality is not a phase, it never was. It is not a disease, it is not a mental disability, it is not a choice, and definitely not a disgrace. I was born this way. I realized it when I was 14. It is so saddening to say that I had to strive for normalcy to be in societal norms all these years. It smothered me for quite a long time. Why do people advice to tell it to only those who matter? Why it has to be hushed and shushed?”

The note, which has gone viral, has already been shared on the social media platform over 300 times and has garnered over 2,000 likes.

The post also has many supportive comments for Himanshu from people across India who have near unanimously, left behind messages commending him for his courage his honesty.

Most importantly, Himanshu urges all Indians to educate themselves on these issues and points out that acceptance of homosexuality could save the lives of millions of Indians who are still deeply closeted and terrified of being rejected by the society. After all, as he rightly says – we are born this way.