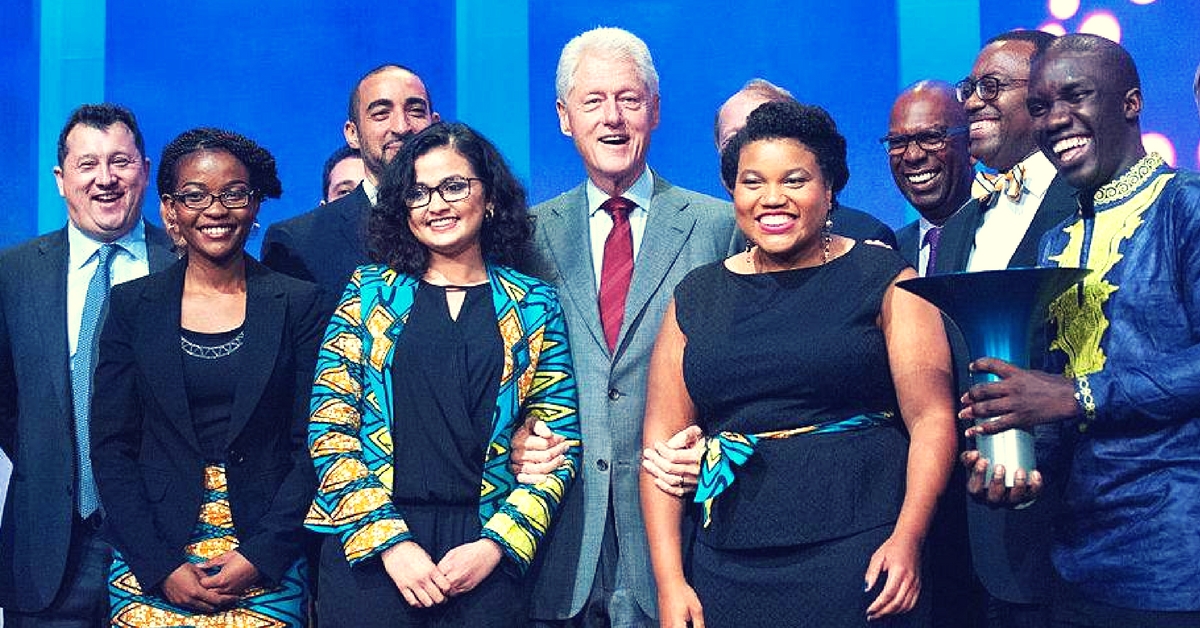 “Lags in the transportation system are a big issue in many countries and it is something that is often overlooked even though people use it on a daily basis. When transportation is inefficient, it curbs people’s accessibility to healthcare, education and jobs,” says Sonia Kabra, the co-founder of Magic Bus Ticketing – text-based ticketing service that aims to make bus transport more reliable and accessible by reducing waiting times and increasing the productivity of both commuters and buses starting with African countries.

Along with three other co-founders, she recently participated in the Hult Prize competition in New York where Magic Bus won a seed capital funding of $1 million.

The annual competition challenges student entrepreneurs to come up with solutions for the world’s most pressing problems. The prize is offered in funded by Bertil Hult, founder of EF Education First, in partnership with Former US President Bill Clinton and the Clinton Global Initiative. The competition is hosted by Hult International Business School.

The challenge this year was related to crowded urban places and how one can better connect people to goods and services. And the aim for the participants was to double the income of one million people by 2020. Magic Bus was one of the 25,000 participants in the competition.

And they had all witnessed varying problems with respect to transportation in their countries. In Kenya, they knew how an unorganised and unpredictable bus transportation service leads to people spending three to four hours of the day waiting around for busses, or missing out on important opportunities just because they could not find a bus to commute.

“Inspired by the shared economy model of UBER and Airbnb, we thought that we will do something similar. But the market we were going into, a smartphone app would not have been useful because most people don’t have the Internet. But most people have mobile phones,” says Sonia, adding that the mobile phone adoption in Kenya is 85%.

This was how the team came up with the idea of an offline service that would use Unstructured Supplementary Service Data (USSD) gateway and SMS service to help people book their seats on in-city buses, know the time of arrival of the buses, fares, etc. USSD is basically a Global System for Mobile (GSM) communication technology used to send messages between a mobile phone and an application program in the network. The team members were also aware of the fact that m-Pesa, a mobile-based money transfer service, was first launched in Kenya by telecom company Safaricom and is widely used by people there for day-to-day transactions like grocery shopping.

The team developed Magic Bus technology in a way that it uses m-Pesa for transactions for buying bus tickets.

Commuters just have to dial a code after which they receive a USSD menu. They use the message to select pick-up and drop locations, and Magic Bus sends them an SMS with the bus details including the expected time of arrival and fare. Commuters can then pre-book the seats using m-Pesa. The service gives the expected time of arrival with the help of GPS tracking system.

“In Kenya, the bus system is privatised and informal. So there is a lot of fluctuation in prices. Also, the buses wait at the main stop for the seats to get occupied and all the people waiting at the stops after that have to wait for 3-4 hrs every day. There are no fixed times for busses,” says Sonia, adding that the team is trying to move to an offline platform for the drivers as well.

They have used the beta version of the app for pilot testing in five busses in Kenya over a period of nine weeks during which about 2,000 people used the service. 73% of the commuters used it more than three times in one week.

For some, this led to an increase in their daily productivity.

Born and brought up in Jalgaon, Maharashtra, Sonia went to Hong Kong to finish High School in the United World College and then to Earlham College in the USA to pursue liberal arts. She has always wanted to start a business of her own and is excited to live in Kenya very soon. The team hired a group of 20 volunteers to help train the locals on using the service and they are now planning to use their funds to expand to other African countries as well.