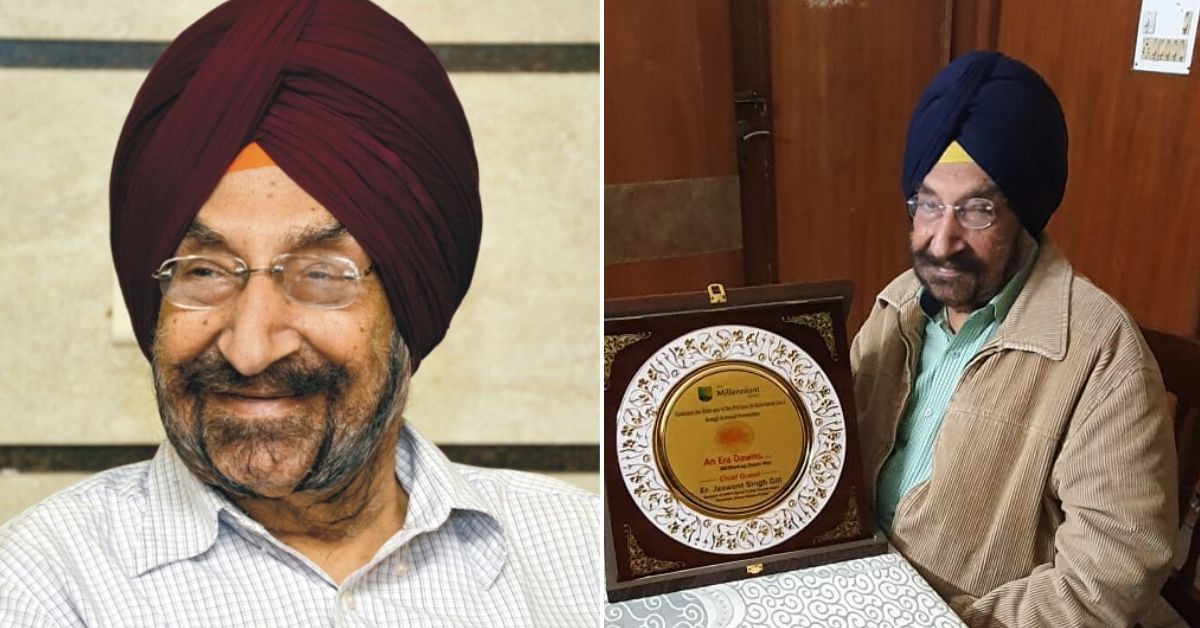 A hero till the end of his days in Amritsar, he built a hospital for the poor and needy after he retired and started studying law at the age of 80!

Jaswant Singh Gill, the braveheart engineer who single-handedly saved 64 miner lives during the 1989 coal mine collapse in Raniganj, West Bengal, passed away at the age of 80 on Tuesday in Amritsar. He is survived by his wife, two daughters and two sons.

He succumbed to a fatal cardiac arrest on Tuesday, leaving behind a poignant legacy of bravery and heroism. The city of Amritsar came together to mourn his demise. Meanwhile, back in West Bengal, the 64 former miners whom he had saved in 1989 also expressed their grief at the heartbreaking news.

“They treated him no less than a God. Though he settled in Amritsar following his retirement in 1991, he ensured to visit West Bengal at least once every year and interact with the miners. They literally worshipped him and welcomed him grandly every single time,” informs Seenu Arora, co-founder of NGO Voice of Amritsar, who closely worked with Gill in his final years, speaking to The Better India.

“My father was a person with the utmost zest for life. At the same time, he was an epitome of humility,” shares his son Dr Sarpreet Singh Gill, speaking to The Better India. He recounts little known instances of Gill’s immense courage during his posting in West Bengal.

“He was undoubtedly one of the most efficient rescue experts and engineers – even the government admitted that. During his time in Bengal, once his house was under siege by a gang of 32 dacoits. He single-handedly defended the home and even managed to drive them away. At another time, three bombs were hurled at him by rogue Naxalites, but he managed to escape unscathed.”

On November 13, 1989, as miners of the Mahabir colliery of Eastern Coalfield Limited in Raniganj area of West Bengal, were breaking coal walls by triggering blasts, the wall of an underground water table adjacent to where they were working cracked.

The water gushed in, causing cave-ins and drownings

Of the 220 miners working at the site, six lost their lives immediately. Those closest to the lift were quickly pulled out, but 64 miners remained trapped inside.

Jaswant Singh Gill was posted as the Additional Chief Mining Engineer there at the time. Without giving it a second thought, he decided to go into the mine and save the trapped men as soon as he came to know about them.

Image for representation only. Source: Biswarup Ganguly [GFDL, CC BY 3.0, GFDL or CC BY 3.0], via Wikimedia Commons

First, the authorities tried to use pumps to reduce the water level inside the mine. When this didn’t prove too effective, they drilled multiple bore wells to communicate with the miners and to send them food and drinking water.

Finally, they drilled another well to send a rescue capsule to pull them out. A 2.5 m tall steel capsule was fabricated on the spot. It was attached to a crane to be lowered into the pit.

Jaswant, who was trained in rescue procedures, volunteered to bring the miners back up. He went ahead with his decision despite protests from the authorities on site who didn’t want to risk the life of a senior officer.

After being lowered into the pit, he opened the door of the capsule, helped in the first person he could find and signalled to have the capsule raised. He stayed there until every single miner was pulled out.

He came out only at the end of the six-hour ordeal.

As he finally stepped out of the capsule he was greeted by scores of onlookers who erupted into celebratory applause and carried him on their shoulders.

Two years later, in 1991, Jaswant was honoured with the Sarvottam Jeevan Raksha Padak by the then President Ramaswamy Venkataraman. Coal India also honoured him with a lifetime achievement award.

A few years after the miraculous rescue operation in Raniganj, Gill was appointed as a Chief General Manager at Bharat Coking Coal Limited (BCCL) in present Jharkhand, where he reigned as one of the most senior executives till his retirement in 1998.

Post-retirement, Gill settled with his family in his birthplace Amritsar, where he was involved in a wide array of programmes – ranging from a lecturership at NIT Jalandhar to several social good initiatives.

“He also constructed a hospital at Ram Tirath Road, Amritsar which offers quality treatment to the poor and needy at a nominal cost.”

During the 2018 Meghalaya mine mishap, Gill was invited by the Meghalaya CM to offer his guidance and insights in the rescue operation. In fact, the Tham Luang cave rescue in Thailand was conducted in a much similar manner as detailed by Gill in a television interview!

Seenu Arora shares, “After his retirement, he resorted to reading a lot. He had even started studying law at the age of 80, just two to three months back – such was his zeal.”

A deeply spiritual person, Gill had a vast knowledge about history, religion and mythology and always nurtured an optimistic outlook towards life.

However, Amritsar citizens believe that the recognition of his remarkable efforts came rather late. “Though he was awarded by the Central Government in 1991, it was not until a few years ago that the State government and the public celebrated his incredible work,” Arora said, adding that his legacy will continue to be cherished forever by people of India.