TBI Blogs: The Ban on Depiction of Cruelty to Animals in Visual Media and its Importance

The government recently announced new laws banning the depiction of cruelty or violence towards animals in any form on television, cable and other broadcasting networks. Here's why it is important.

The government recently announced new laws banning the depiction of cruelty or violence towards animals in any form on television, cable and other broadcasting networks. Here’s why it is important.

We live in a time when the power of visual media in shaping opinions and influencing mindsets cannot be understated. Which is why it is important to scrutinize what is packaged and sold in the name of entertainment.

Animals form an intrinsic part of the lives of many Indians and this association can spill over into our depictions of them. The problem arises when these depictions normalise, or even glorify, the ill-treatment of animals, thus setting a dangerous example for the millions of impressionable minds that remain hooked on to these visual stories.

Recognizing the inherent cruelty in the mistreatment of animals or a depiction of abuse for entertainment, Humane Society International /India and People for Animals collaborated in a successful campaign that fought for the well-being of those animals depicted in films, television, cable networks and other visual media. Creative freedom when it comes to depicting animals carries with it the twin responsibilities of ensuring that animals are protected and that viewers have adequate information about the use of animals in programmes to make informed viewing choices based on their personal tastes and standards. This formed the basis of our campaign, which sought to end the long-standing tradition in visual media of ignoring the cruelty meted out to animals on screen in the name of entertainment.

For example, animal fighting sequences involving the use of bulls and roosters, or even sequences between snakes and mongoose are popular in cinema; however, animal fights are illegal in India and their glorification, even in the form of a mere portrayal, can play a huge role in popularizing this cruel and illegal activity.

Snakes are popularly depicted on television as creatures that morph into humans and hunt down specific victims. This serves to endorse the superstition of snakes as revenge-seeking reptiles, as a result of which they are mercilessly killed at first sight. Even their worship is fraught with cruelty – depictions of ‘Nagpanchami’ can popularise this tradition, wherein snakes are caught from the wild, have their mouths stitched up and are force-fed milk, thereby resulting in a slow and painful death.

Hunting, which is illegal in India, is often used as an example of a show of bravado; hunting trophies and animal parts, such as tiger claws and elephant ivory, are even used to symbolise status and wealth, thus creating a culture of aspiration in the viewer’s mind.

Similarly, the depiction of confinement of wild and exotic species in enclosures, while providing them food that is not part of their natural diet is also common and cruel. 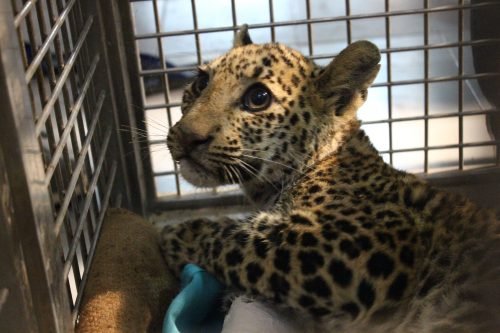 Sometimes, depictions that seem innocuous at first can be devastating to the animals. For example, an actor driving into a chicken coop during an escape sequence or smashing an aquarium to smithereens during a fight scene are commonly used to add drama to a specific scene. Another common example of such depictions are contests involving baiting and manhandling of various animals to gauge a participant’s bravery.

The crass appeal of visuals that abet the ill-treatment of animals as markers of courage should ideally have no place in a civil society. We must ask ourselves what sort of a society we are creating by selling the idea of cruelty to animals as entertainment. 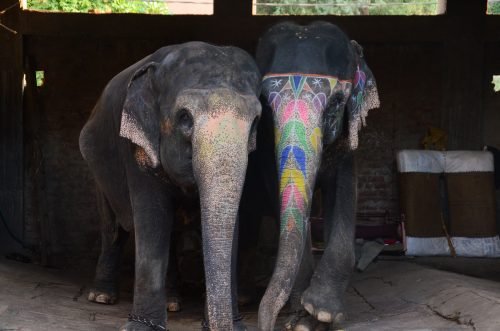 HSI/India and PFA, through a joint campaign, persuaded the government to take cognizance of the rampant depiction of abuse of animals and also, to bring cable and television networks within the ambit of the law to put an end to the portrayal of cruelty to animals.

The efforts came to fruition last month after two full years, with the Ministry of Information and Broadcasting issuing a notification banning the depiction of cruelty or violence towards animals in any form on all television, cable and other broadcasting networks.

The rules, now known as Cable Television Networks (Amendment) Rules, 2016, also seek to rein in those depictions of animals that perpetuate baseless superstitions and myths, that serve to portray the animal in a negative light. The new rules don’t apply to news or education programs as long as these don’t promote violence towards animals or depict animal cruelty in a positive light or in an unscientific manner.

These laws, if implemented strictly, can go a long way in alleviating the suffering of those animals that are exploited in the name of entertainment. 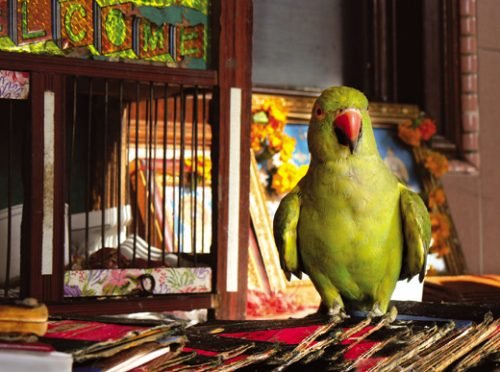 Such a measure is also important because exposure to acts of cruelty towards animals can have a negative impact on the psyche of viewers, especially children, and predispose them to performing or participating in acts of violence in the future.

Since we do not allow mistreatment to take place in our country, we should not allow it to take place on our airwaves, and we need your support to reiterate our stance. In case you do encounter such depictions, please do report them to HSI/India’s tipline number: 91-7674922044. Together, we can make the big and small screens a happier place for animals.