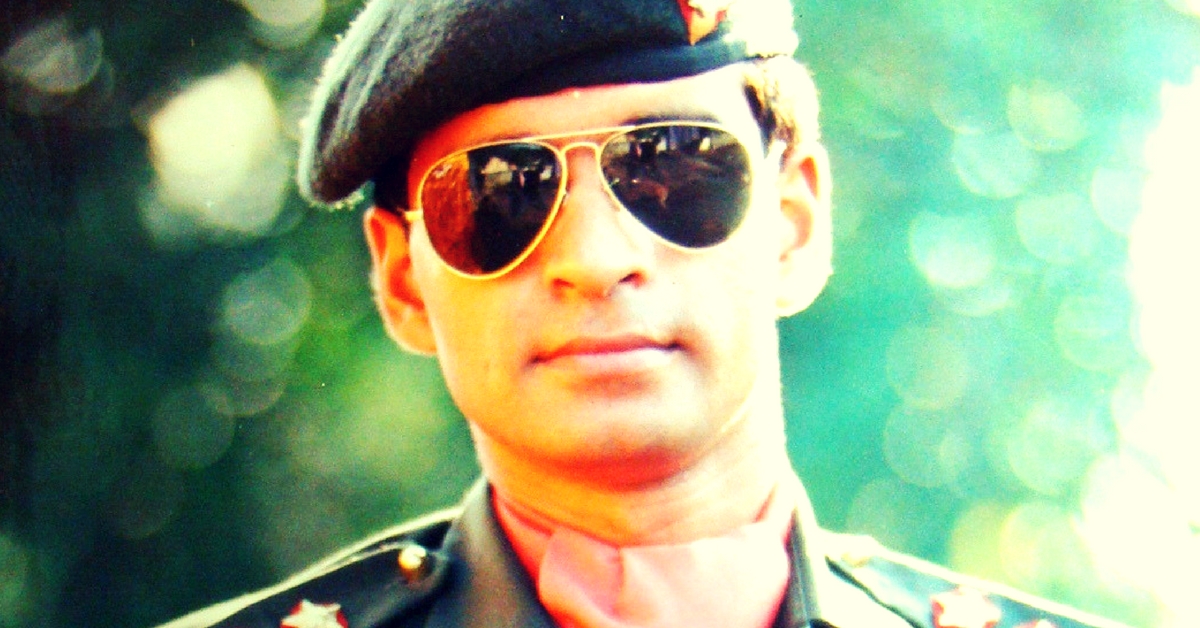 Col DPK Pillay was critically wounded during an insurgent operation in Manipur, but chose to ignore his injuries to help evacuate two village children.

It indeed was a fateful patrol that DPK Pillay undertook on January 25, 1994. A young Captain then, Pillay was tasked with protecting a few tribal villages during a highly charged phase of violence in Manipur’s Tamenglong district. Tracking down the militants and finding them cornered in a locked room, Col Pillay broke open the door, only to be welcomed with a burst of bullets from AK-47s. The first bullet hit him in his shoulder and was followed by three more, with one hitting him in his chest. A grenade was hurled at him at that very moment too.

“I don’t know how I saw the grenade in the darkness but instantly, I kicked the grenade and the grenade blew on my leg, taking a portion of my leg away,” he says.

In the ensuing crossfire, Col Pillay noticed two children who were severely injured. Despite having taken four bullets, when the helicopter arrived to evacuate him, he refused to be moved and insisted that the young children be taken to safety first. A fatally wounded Col Pillay had the option to either evacuate himself at the earliest or save the two children who had been hit in the crossfire. He chose the latter and hung on for two hours, waiting for the next evacuation.

“The nearest hospital was about 6 hours away. There’s no way the children would have survived. I think I knew that I had 5 minutes of life left in me and I can hang on for a little bit. So I told the pilot not to worry about me,” he says.

The story does not end here.

Col Pillay was decorated with the Shaurya Chakra – India’s highest peacetime gallantry award and, eighteen years later, he paid a visit to Temelong again. The village had not forgotten his act of kindness and, in gratitude, the entire village gathered around him. He was inducted as an important member of the local community and was felicitated in a big way. The soldier’s humanitarian service has also earned him the moniker of ‘Pillay Pamei’ among the local population. ‘Pamei’ is the surname of a clan of the influential Zeliangrong community residing in the village.

It is not every day that we get to witness such selfless service and Colonol Pillay is an example of incredible bravery and kindness.

Today, Colonel Pillay overseas livelihood programmers for the village and is instrumental in bringing a motor-able road to the village. He organizes developmental activities in the region. Prompted by Pillay’s initiatives, the BRTF has started the groundwork to construct a new 28-km road connecting the village with Tamenglong district headquarters.

For villagers of Longdi Pabram, a hamlet in the remote Tamenglong district, Colonel DPK Pillay is a savior of sorts, having saved the lives of two children, as well as paving the way to a better future for them. No wonder he has aptly earned himself the title ‘Hero of Manipur’ and ‘Savior of Longdipabram.’

In 2015, he was awarded a PhD Degree by Punjab University, Chandigarh for his thesis titled ‘Evaluation of Models of Human Security with Special reference to India.’

To read more by the same author, you can visit www.meotherwise.com