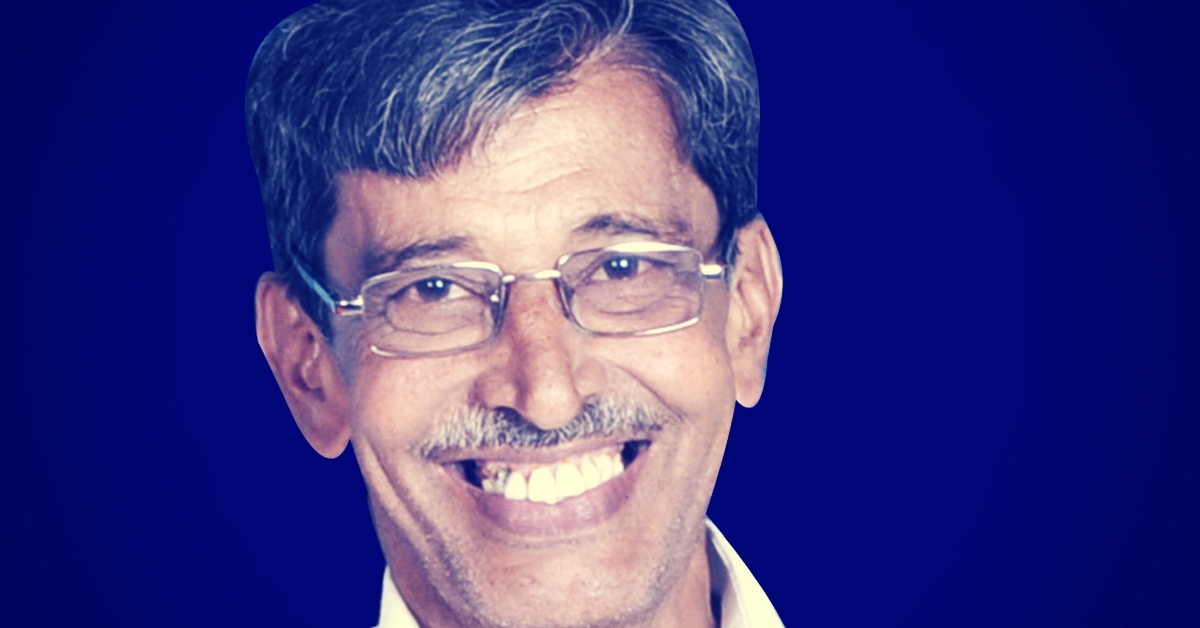 K L Vinay remembers Sudarshan, the man who lived with the passionate desire to help one and all, and died after teaching many how to live. Here’s more.

Shri B. Sudarshan expired at the age of 55 on February 17, 2012. He suffered from multiple heart attacks during an operation in a reputed hospital in Bengaluru. You may ask why I still remember him when it has been four years since he expired? You may also ask why Sudarshan’s death is worth-mentioning when thousands and lakhs of people die every day due to old age, malnutrition, health complications, war, terrorist attacks, and accidents? And why, particularly, should we remember him at all when he was just a matriculate and his name or photo never appeared in any newspaper during his lifetime except three times in the obituary column after his death?

Sudarshan was the eldest of four children in his family and he lived most of his life in Tumkur (a district in Karnataka located about 70 km from Bengaluru). Although his father was a teacher who tried his best to educate his children, studies didn’t suit Sudarshan – because of family responsibilities and perhaps a lack of interest. He did all sorts of work when he was young – from cutting wood and selling it to working at petrol pumps. But, somehow, photography interested him the most and he became passionate about learning it. He soon became an expert photographer and was sought after at all weddings and family functions. Improving his skills, he learned mixing, digital photography, graphic finishing, etc., and managed to look after his extended family and his wife and two children. He supported the education of his younger brother and the marriage of both his sisters.

But, at heart, Sudarshan was a social worker. If anyone in Tumkur or in the nearby villages faced a problem, he would be there to help fix it. Problems in arranging the venue for a marriage ceremony, someone unable to find a good cook, a farmer in need of agricultural equipment – name it and Sudarshan would try his best to be of use.

But more than anything else, Sudarshan was deeply passionate about helping people in those homes where a death had taken place. Irrespective of caste, creed, and religion, he would rush to take charge the moment he came to know about a death in any family. Consoling the family members, communicating with relatives, arranging an ambulance, arranging for the funeral, fulfilling formalities to obtain the death certificate, arranging for the 13th day ceremony, and more — he used to take all these tasks up as his responsibility. He was practically a one-man army in dealing with such matters!

He used to say that there is no dearth of people willing to attend and help out during marriages, birthdays and other happy occasions, but what about those homes where people have lost someone? “The situation in such houses is usually traumatic and most people don’t even know where to get the funeral material from. Under such circumstances, it is my duty to help such a family,” he would say.

He must have attended about 1,000 funerals and given his shoulder to more than 700 bodies on their way to the cremation ghats. In some cases, the bodies used to be diseased and even the family members would be reluctant to touch them. Even then, Sudarshan used to clean the bodies and help provide dignified last minute rituals to the departed souls. After returning home from the cremation ground, he used to take his bath and then only have something to eat.

He was also instrumental in starting a sangha or association in Tumkur for performing death ceremonies. He went from house to house raising funds for the association and in due course, a building with a proper bathing facility, residential arrangements and the services of in-house priests was erected. The rates were reasonable and fixed and the ceremonies were performed as per the shastras. Many people from Tumkur and even nearby districts started utilizing this facility, because in this age of nuclear families, it becomes difficult for people to perform such ceremonies in their houses considering the strict formalities to be followed before and during the ceremonies.

Other than this, in many marriage functions where the parents were too poor to engage photographers, Sudarshan would either not charge anything or charge only the cost price for taking photographs.

At the hospital where he was to undergo surgery, people gave their ATM cards with PIN numbers or signed blank cheques to Sudarshan’s wife to take care of his medical expenses. The crowd at the hospital and the crematorium was unmanageable during his cremation – so much so that the person in charge of the crematorium enquired whether Sudarshan was an MLA or zilla parishad member. Our reply was that he was much more than them.

Such was his charm! His ability to smile at all problems kept him happy despite a heart problem for the last 10 years. Everyone – from the vegetable and milk vendors to neighbours to relatives and friends – wept uncontrollably at his passing. “Sudarshan taught us how to live,” they said.

About the author: K. L. Vinaya is a retired General Manager of the National Bank for Agriculture and Rural Development.
Promotion