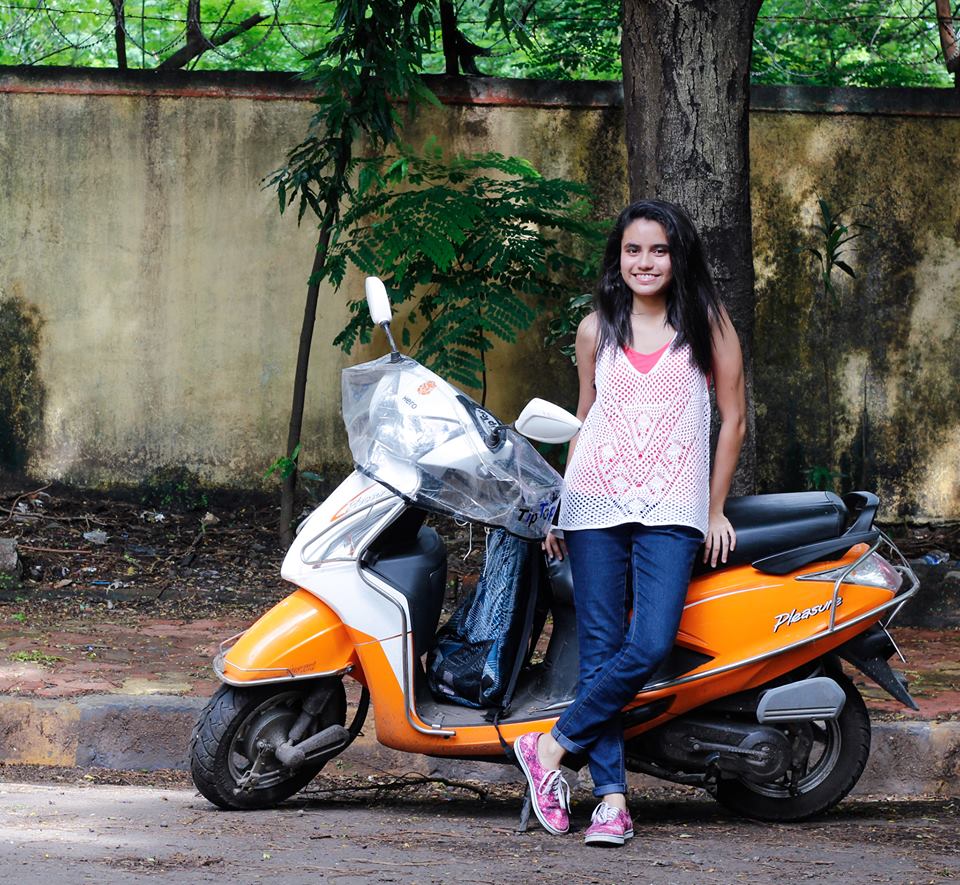 So many of us take our parents for granted. We just presume that they will always be there, even though we know life is unpredictable. We sulk, get angry and even stop talking to them for so many reasons because we always think that tomorrow we will apologise or make up to them. But sometimes tomorrow is too late.

In a post on the Humans of Bombay, a 18-year-old girl (unnamed) shared the story of her life after losing both her parents. She describes how her parents fell in love, how they got married against all odds and how well they balanced each other. She then goes on talk about her struggles at school and how difficult it was to cope when she lost both of them in a span of less than five years. Despite having been through more than her share of hardship, this brave young girl has decided to fulfill her dreams, for herself and her parents, who always believed in her.

Here is the heartbreakingly beautiful story of this brave teenager that will make you cherish every moment with your parents.

“My parents were soulmates. They first met when my father worked at a grocery store and my mom and her friend went there…

If you are unable to view the post above, this is what she says:

“My parents were soulmates. They first met when my father worked at a grocery store and my mom and her friend went there to buy something. He wrote her a love letter and the next time she went to his store, he gave it to her and she agreed to go out with him. Turns out, they used to even live opposite each other, and if they had plans to meet, my dad would whistle below her building.

They would communicate with each other through their windows and when dad used to go to work, my mom would run to the PCO during his lunch break to call him. They had an intercaste marriage, fighting all odds and in every sense they complimented each other. When dad lost his job at one point, mom supported us and dad took care of me… they were always balancing each other out.

Dad had been a smoker for 30 years, he tried to quit many times but whenever he did it made his health worse. When he passed away, I was numb…I couldn’t even cry because it was so hard to believe that he wasn’t with us anymore, but I had to be strong for my mom. It was like a part of her had passed with him and to live without him initially was terribly hard for her. She would send him text messages for days after he was gone, she would talk about him continually and I don’t think there’s a day in the past 5 years that she didn’t speak about him.

Eventually, she became stronger and the two of us would spend all our free time together. She worked hard and gave me everything…I don’t think I could have asked for a better mother. Through this time, I was going through a bad phase at school. My only friends were a group of boys, because they didn’t gossip, and the other girls at school called me a ‘slut’ without even knowing me. I have never hurled those profanities at anyone because I know best that you never know what others are going through.

I began to channelize my energy towards photography, something that helped me emote and express myself. My focus was on my mom and we began travelling a lot, just the two of us and she even gifted me this scooty on my 17th birthday!

We were on the highway to Indore, travelling together as always when we met with a car accident. I was in the back seat of the car fast asleep and before I knew what was happening I woke up with a start and saw blood all over me…all around me. It wasn’t mine. My mother had sustained a severe head injury, and even though we were all out on the road asking for help— not one car stopped for us.

After a lot of time when one car stopped, half the people got off and took my mother to the hospital. She had multiple fractures and a head injury but she didn’t make it. I lost her on Mahashivratri, six months ago…and all of a sudden, at 18 I found myself alone. I can’t describe the pain of losing her – my best friend, my strongest support.

I moved in with nani and realised that there were responsibilities waiting for me — bringing groceries, managing finances, taking care of nani and understanding the value of money. It’s difficult, but I can’t lose hope. Mom bought me a DSLR on my 16th birthday and this bike on my 17th and I believe it was a subtle message that I should travel and photograph to live my dream…our dream.

I wish my story conveys two strong messages — first- don’t push plans with your parents to ‘tomorrow’ — sometime that tomorrow doesn’t come; everyone’s time here is limited and second– don’t bring down people you know nothing about– everyone is going through something, so before calling someone names or tearing their character apart, think about this and show some compassion.”

Also Read: MY STORY: I Did Not Let Cerebral Palsy Stop Me from Having a Successful Career in the IT Industry