This is the story of how a determined IAS officer educated and empowered the people of Dantewada, giving them the opportunity to live a fruitful life.

“Education is the most powerful weapon which you can use to change the world.” ― Nelson Mandela

On March 31, 2011, Om Prakash Chaudhary took over the as the district collector of Dantewada, a Maoist hotbed in the tribal Bastar region of Chhattisgarh. This was a district where all projects ran years behind schedule because skilled manpower from outside were reluctant to come to the conflict-ridden region and the local youth lacked the training. Facing this stark reality and understanding the threat it posed to the future generations, O P Chaudhary took it upon himself to do something that would transform the district forever.

This is the story of how this determined young officer educated and empowered the people of a region that hardly knew life beyond left wing extremism. 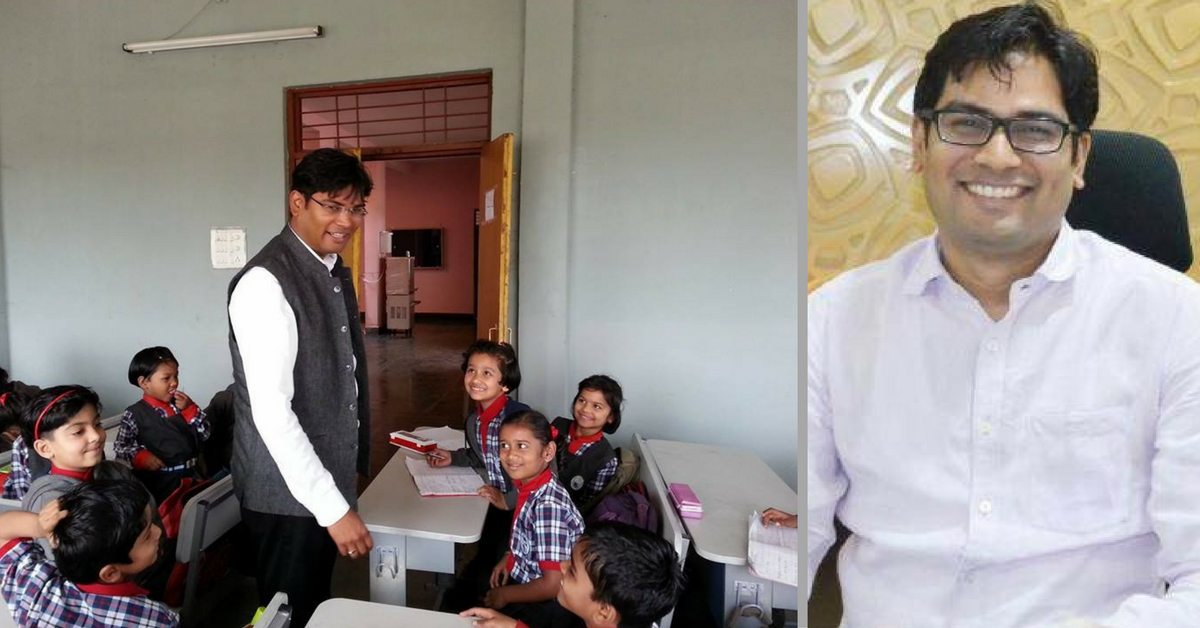 Soon after taking charge of Dantewada’s administration, O P Chaudhary realised that the district didn’t have enough doctors, engineers, or even science teachers in its schools. He decided to bring the district-wide science based intermediate level education under one roof at the Dantewada Education City to improve the prospects of Dantewada’s 400 science students. To do this, he hand-picked the best teachers, renovated and painted an existing campus, and named them J C Bose house, C V Raman house, Kalpana house, and A P J house, after prominent Indian scientists and mathematicians.

Under his education initiative, Choo Lo Aasman, as this project was named, students from different parts of Dantewada were brought to district headquarters and given post classroom special tutorials for entrance examinations by teachers from reputed private institutions from Kota, the mecca of coaching classes. This prepared the students (the overwhelming majority were tribals and lived below the poverty line) for various professional courses like engineering, medical, polytechnic and nursing. Global audit major KPMG had selected the Dantewada Education City as one of the 100 most innovative urban infrastructure projects in the world!


Today, the Dantewada Education City at Jawanga has around 15 institutes, including an engineering college, an Industrial Training Institute, a sports school, a tribal girls’ school, as well as a residential school for children who have lost their parents in Naxal violence.

O P Chaudhary also revived residential campuses called ‘Pota cabins’ that had been set up by the district administration in 2009 for the children of distant areas. Students of class one to eight were provided free of cost food and lodging at these residential-educational campuses.

At his initiative, over a thousand students were re-enrolled in these campuses in the year 2011-12. The students getting enrolled in class 9th were also provided bicycles under Shiksha Savari Yojna, a scheme supported by the IAP fund, that was initiated only in the Dantewada district. Every Pota cabin was equipped with LCD TVs, DTH connections with learning packages, and DVD players to help them function as centres of excellence. Inspiring personalities from across the country were invited to stay at the Pota cabins on a volunteer basis and help the teachers design novel methods of teaching for the students.

Dantewada suffered from one of the highest dropout rate at the primary level because the few high schools that were there were located quite far from the villages of the students. The extent  can be gauged from the fact that though there were 45,000 students in classes 1st to 8th, the number dropped to less than 6,000 for the classes 9th to 12th combined. Pota Cabins not only helped in increasing and sustaining the enrollment ratio in schools but they also improved the quality of education for Dantewada’s children. As a result,  dropout rate among school children decreased from 50% to 13% in just 2 years!

After observing that the horizons of imagination of the children in this part of the world was limited due to the lack of even the basic exposure, O P Chaudhary started another incredible initiative, Project Tamanna. Under the project, a science museum, district library, and a state-of-the-art audio-visual theatre were set up, with a view to broaden the horizons of all the students in the district. Tamanna Film Festivals were conducted  and over 30000 students from far off villages visited the district headquarters every day in the buses deployed by the administration. Not only did it increase the exposure of the children, it also helped bridge the gap between the citizens and administration.

These two outstanding initiatives rescuing thousands of Dantewada’s children from the maze of violence that had engulfed the region for decades, but O P Chaudhary was not yet done. He launched to more initiatives, the Livelihood College and Nanhey Parindey.

Livelihood College is a college for the unemployed youth who don’t have formal education. The institution provides residential facility on public-private partnership model for Dantewada youth who were barely literate or semi-literate. Admissions are open to all, regardless of any educational, income or caste criteria, in practical and class room training in more than 25 different trades. This included both emerging market trades (hospitality, sales, tally etc.) and local skill trades (plumber, electrician, masons etc). O P Chaudhary also brought reputed organizations like IL&FS, IndiaCan, Tomorrow’s Foundation, Cap Foundation, ISAP, and ESAB under the same umbrella to impart skill education to the youth as well as to further linkages for placement with industries across the country.

Nanhey Parindey was launched to ensure the admission of deprived children in schools that provided opportunities for the holistic growth of a child without any fee, like the Navodaya Vidyalaya and Sainik Schools. To do this, residential facilities were created at the district headquarters for 105 children from marginalized backgrounds and remote interior villages. They were provided special coaching for the Navodaya and Sainik School entrance examination. With only 10 months of mentoring, 60 children were selected for admission in Navodaya Vidyalaya, Sainik School, Eklavya Vidyalaya, Eklavya Kanya Shiksha Parisar and Parchanpal Kanya Parisar in the Dakshin Bastar region.


O P Chaudhary strongly believes that no child would like to take up a life of violence if he/she is provided the viable alternative to be gainfully employed and live a fruitful life. He feels the happiest when his weakest student finds a place in a reputed college for higher education.

“With a year of concerted effort we have been able to bring about a vast change in the mindset of the local people. Education, which seemed like a hobby of few in this area, is today a viable and lucrative alternative for many students. Many of our girls and boys have managed selections in AIEEE, and would most likely get into reputed institutes like NIT Raipur. What I can say with confidence is that all of them would be engaged in a further level of technical education,” says OP Chaudhary.

For his outstanding contribution in the development of Naxal-affected areas through education, O P Chaudhary was given the prestigious Prime Minister’s Award for Excellence in Public Administration for the year 2011-12. Due to O P Chaudhary’s efforts to boost science and technical education in the region, thousands of tribals today have access to state-of-the-art schools and livelihood opportunities. By educating its children and channelising their energy in a positive direction, this committed officer has not only given Dantewada a new lease of life, he has also inspired many officers across the country to do the same.