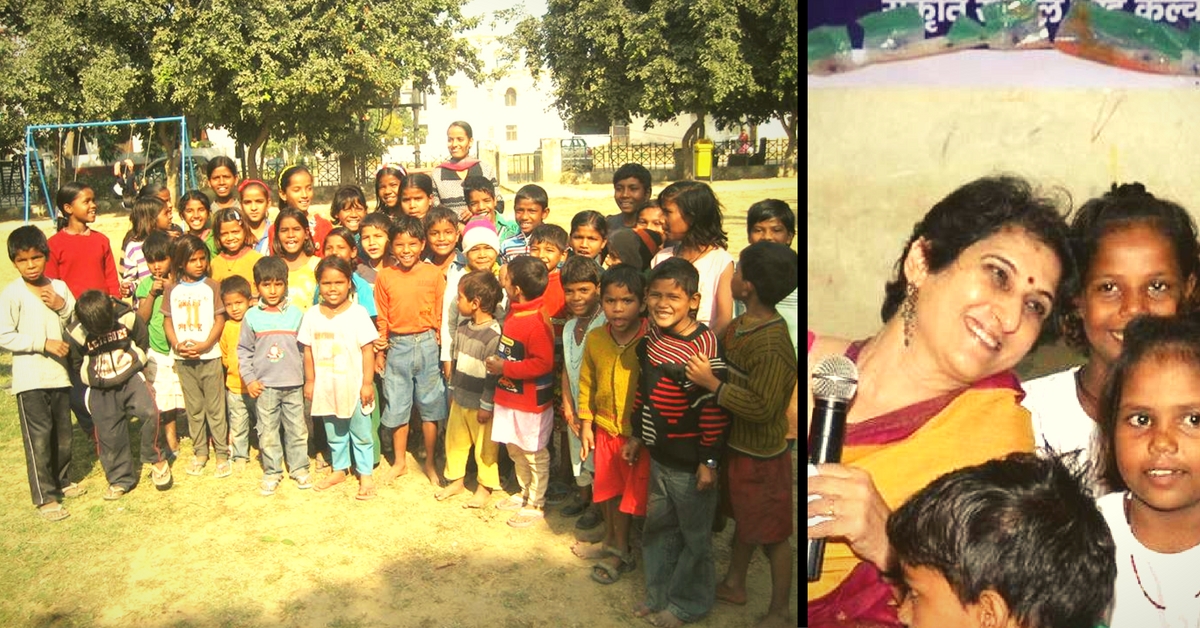 A Gurgaon-based NGO is helping children of slum-dwellers, who are first generation readers and learners in their families, receive free education and training in basic life skills and personal hygiene.

Moved by this sight, she approached the kids who told her they wanted to study too but their parents could not afford to send them to school. The parents were daily wage labourers and could not even manage to provide the families two square meals a day.

Next, Nalini brought together a few like-minded friends and they decided to create a safe space to teach children from underprivileged backgrounds. They started two schools in Gurgaon, one in Sector 23 and the other in Rajiv Nagar. They initially used crowdfunding to raise finances for this project but Nalini also decided to sell her paintings in order to generate more funds.

Their goal is to provide basic literacy to the children through an informally run school. Once the children are confident enough, they are encouraged to enrol in government schools. The brighter students are admitted to private schools and the cost of their education is borne by the NGO.

The children who have been educated by the NGO often return to teach other underprivileged kids. Meenakshi Sen joined the school at the age of 16 and passed the open school exam with 77 %. Now, she balances her preparation for her Bachelor’s degree with tuitions for children from underprivileged backgrounds.

The biggest hurdle in this endeavour is to keep the children in school. “The major challenge we face is the irregularity in attendance. There are times when we have only 30-35 kids in the schools and there are also few months when we have more than 110 children coming to school,” Nalini told to The Hindustan Times

You can help this NGO keep children in school by funding the teachers’ salaries and providing basic study materials for the children. Contribute here.