Pratham, a microsatellite developed by IIT Bombay will be launched by Indian Space Research Organization (ISRO) from the Satish Dhawan Space Centre, Sriharikota in September.

Pratham, a microsatellite developed by IIT Bombay will be launched by Indian Space Research Organization (ISRO) from the Satish Dhawan Space Centre, Sriharikota in September.

After a wait of nine years, the satellite will finally be launched with ISRO’s main satellite ScatSat and few other satellites on board a four-stage Polar Satellite Launch Vehicle (PSLV). 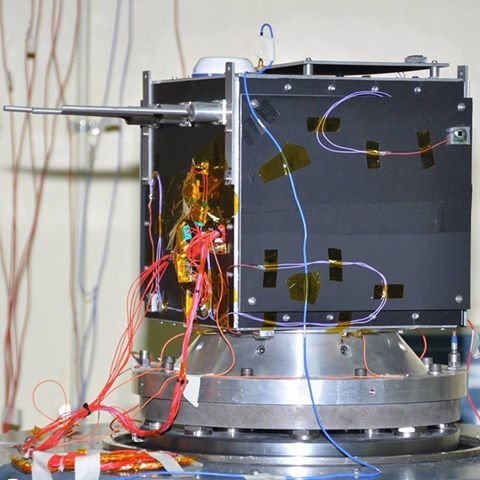 The brain child of two IIT-B students, Pratham weighs 10 kg and it will be placed at an altitude of 720 km. With mission duration of four months, the main function of the satellite will be to measure the electron count of the ionosphere, which can be used for tsunami alerts and also to increase the accuracy of Global Positioning System in India. Many communication errors can be corrected with the help of counting electrons. The total cost of the project is about Rs. 1.5 crore.

The IIT-B student satellite programme was initiated in 2007, after a Memorandum of Understanding was signed between the institute and ISRO. The satellite missed the launch in 2012 because of several reasons like lack of manpower, technical faults, administrative delays, etc.

Currently, Pratham is in the clean room of ISRO Satellite Centre in Bengaluru and the exact launch date is yet to be finalised. Pratham project manager Ratnesh Mishra, a final year IIT-B aerospace student told The Times of India that one ground station for monitoring the satellite will be set up at IIT and another at Atharva College in Malad. An eight-member team from IIT will be positioned at Sriharikota for pre-launch activities.