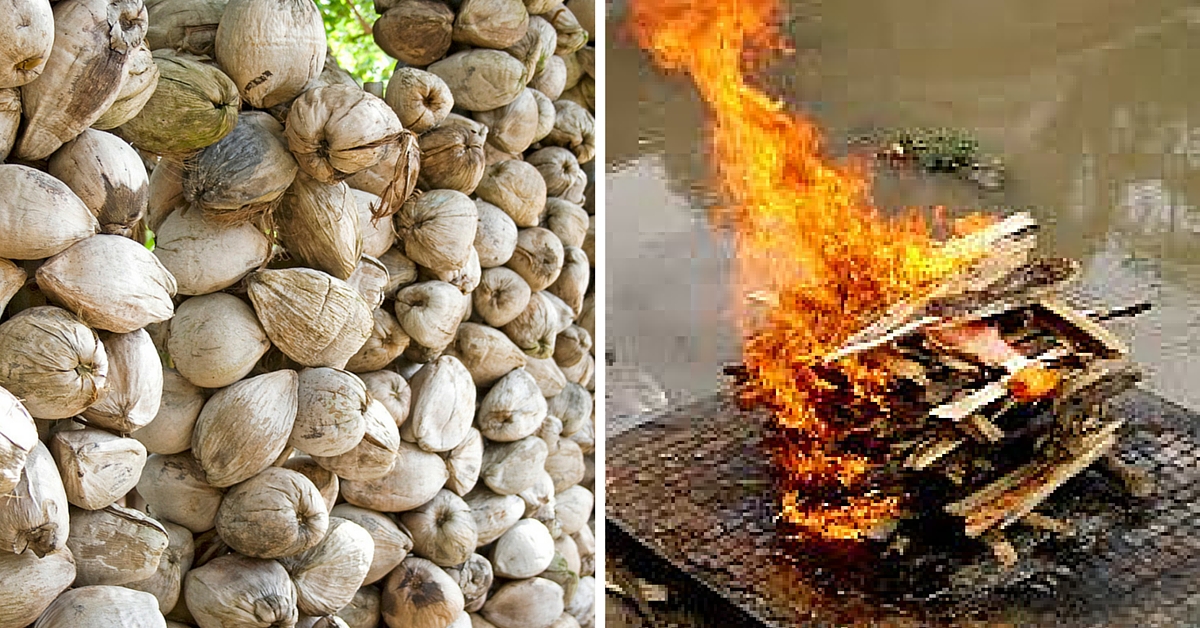 The Kasi Pasumai Yatra, a novel initiative to decrease wood consumption for burning dead bodies, began in Coimbatore recently. Under the program, coconut shells from garbage heaps will be collected, powdered, packed, and sent to Varanasi.

These coconut shells will be used in place of wood in pyres. According to a study by Mr. R Nithyanandam, the founder of the initiative, around 400 bodies are burnt on the banks of the Ganga river every day. And conservative estimates show that every year, around 5 lakh trees are chopped down to meet this requirement.

Coconuts are an extremely good alternative to conventional pyres – they can bring down wood consumption by as much as 300 kg per pyre.

As a first step, Nithyanandam and his team have decided to send 140 tonnes of coconut shell powder to Varanasi. This will help in burning around 2800 dead bodies, saving as much as 840 tonnes of wood.

Getting the program Yatra underway was no easy task for Nithyanandam and his team of 14. He visited Varanasi more than 12 times, ask locals about the pyres, but his ideas garnered little interest. He even shelled out Rs 35 lakh from his own pocket for the initiative. Collecting the coconuts was no easy task either. His team members would travel in two-wheelers and collect coconut shells from homes, colleges, hotels, schools, marriage halls, and apartments. Getting the right formula for the pyres also took some amount of trial and error.

But now, the Kasi Pusumai Yatra is getting ample support.  Former Environment Minister Prakash Javadekar has also praised his efforts.

By the end of this year, Nithyanandam plans to send 2400 tonnes of coconut powder to Varanasi.