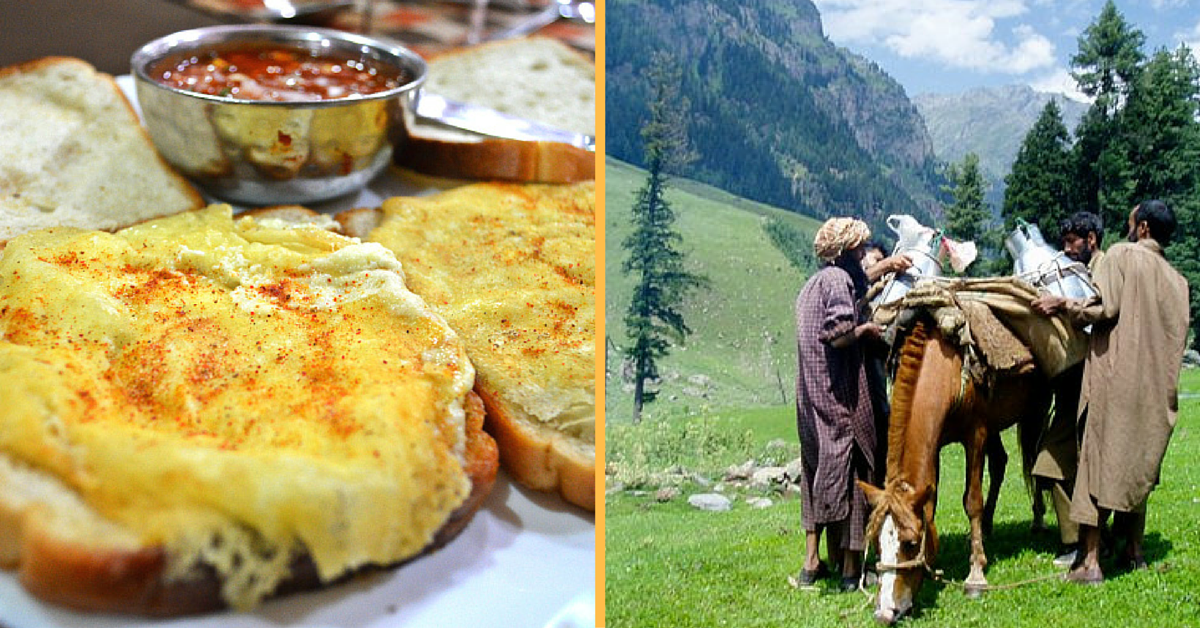 This little-known artisanal Indian cheese is a must try for all cheese lovers. Read on to know more about this really special cheese.

Jammu is mostly known for its renowned Vaishno Devi temple or for being a gateway to Kashmir. What most people don’t know is that it is also a foodie haven and home to one of the world’s most unique cheeses, the Kalari.

Read on to know more about this little-known artisanal Indian cheese that every true blue turophile (cheese connoisseur) is sure to love! A traditionally ripened Himalayan cheese indigenous to Udhampur, Kalari is made of cow or goat milk and has a stretchy and dense texture, with a mild mozzarella-like flavour. This cheese is also called the milk chapatti or maish krej in Kashmiri.

Those who have tasted it also describe Kalari as the mozzarella of Kashmir. An intrinsic part of Kashmiri and Jammu cuisine, Kalari was traditionally made from raw full fat milk, vigorously churned  in an iron pot with a wooden plunger-like tool. The molten mass of milk solids was then separated by adding sour milk or curd called mathar.

Next, blobs of this stretchy curd were flattened by slapping and flipping it between the hands of the maker. This helped the casein enzyme in the hot curd to stretch out into milk rotis. Once stretched, the flattened cheese was cooled on the black iron pot itself, before being placed in a doona (small bowl made of leaves) to solidify. The solidified cheese was sun dried to help it lose the rest of its moisture. Since the ambient temperature in the mountains remains low despite a strong sun, the Kalari would dry from the outside yet remain moist inside.

You May Also Like: Food Secrets: On The Trail Of Kumaon’s Culinary Wonders

Today, the main ingredient for making cheese – milk – is still available in plenty thanks to pastoralists like Gujjars and Bakarwals. They are the nomadic shepherds of the Kashmir valley who move their herds of dairy cattle and their own settlements up and down the mountains based on the changing seasons. Widely consumed in Jammu and Kashmir as a street snack, flattened kalaris are salted and sautéed in their own fat on a hot griddle. After sautéing, the cheese develops a crisp golden layer on its exterior but retains a soft, creamy, gooey molten interior. Flavoured with spices and served hot, Kalari is topped with chopped vegetables and rolled into a kulcha that is served with garlic and chilli chutney.

Fresh, moist and mildly sour, this is the famous Kalari Kulcha, a lip-smacking snack that beats cheesy calzones by miles. Among the best places to try this unique cheese in Jammu is the Singh Cafetaria at Udhampur’s Gol Market (famous for its roasted Kalaris) and the 20-year-old shop run by Sham Lal at Dharamthal, which sells almost 3 quintals of Kalari every day !

In Kashmir, Pahalgam is the best place to try this cheese. Picturesque and set on the banks of the Lidder River, Pahalgam is home to a tiny Himalayan Cheese factory that procures its milk from the pastoral nomadic communities of the village. Himalayan Cheese sells several varieties of Kalari and Gouda – from walnut, cumin, mustard and black pepper to chilli, fenugreek and more.

The founder, Chris Zandee from the Netherlands, and his manager Gulaam Hassan, have helped the Gujjars increase milk production and taught them how to maintain herd hygiene. This has helped raise the price of milk to respectable levels, economically empowering the shepherds who used to otherwise depend on loans to run their winter pantry. For those living outside the Valley, Himalayan Cheese also home delivers this cheese to most pincodes across India.  But this delectable cheese definitely tastes best when paired with a marvellous view of Kashmir’s snow-covered peaks and a plateful of fresh mountain apples. So if you thought paneer was the only desi cheese in India, think again!